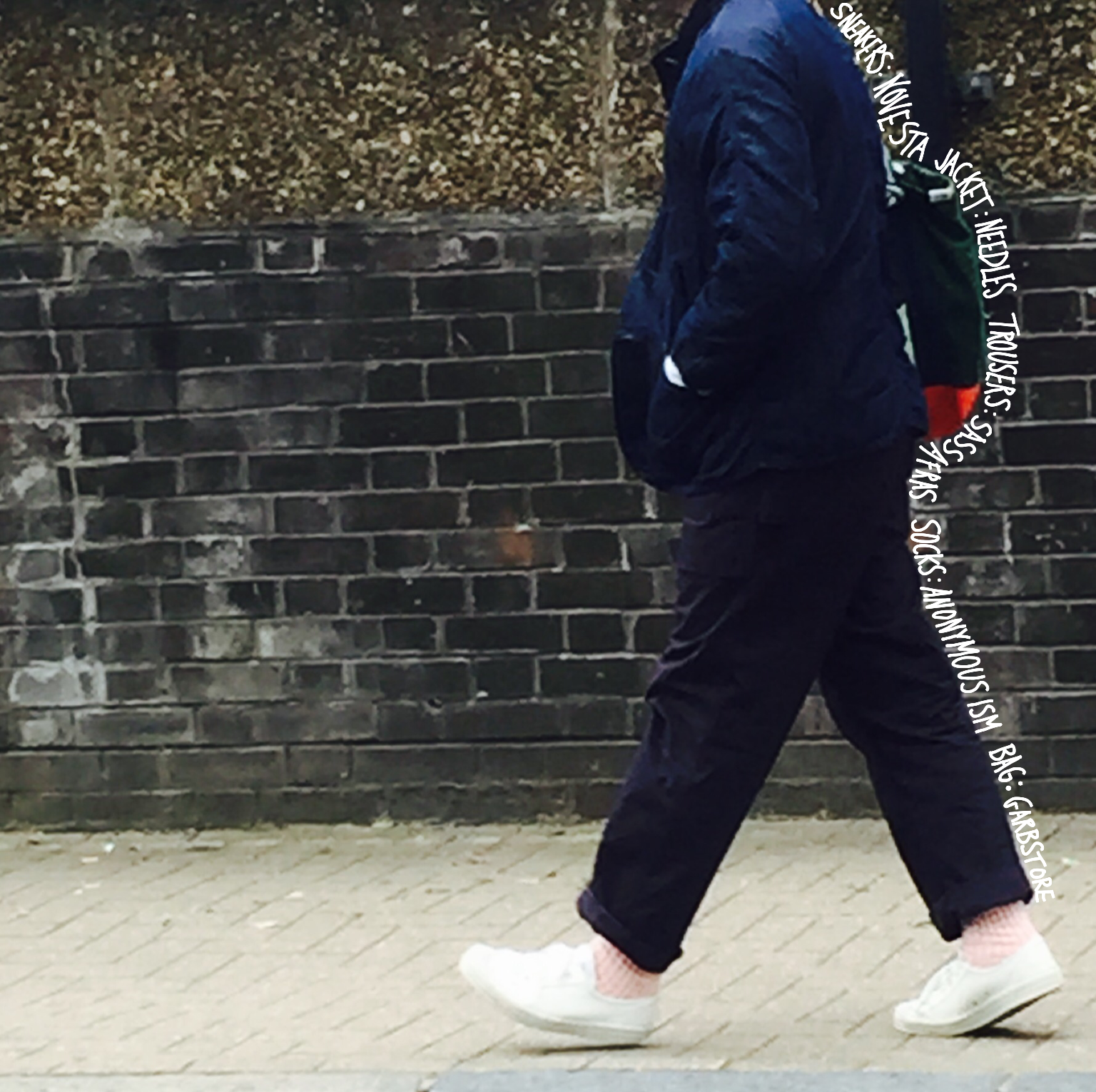 It’s not as easily as it looks being a man of style. Women want to be with you, men want to be inside you. In many respects it’s like being a Hollywood star, or a headlining musician, or like, a famous pop-scientist. Actually, it’s like being all of them, at the same time. Only more important. Sometimes you just want people to back off, give you a bit of privacy, just lay off with the incessant photographs and queries about whether tan shoes are still a thing. I’m not one to moan, but sometimes it feels as difficult as being a coal miner, or a riot policeman, or a nurse. But obviously, more important.

Anyway here’s me hanging around wearing some shit – it’s what the people demand after all. I’m dropping a Needles, denim and linen mix jacket, some Sassafras ripstop cargos, some old Novesta kicks and an Albam popover.

I guess it’s a look that says, “come on guys, I’m just a normal person like the rest of you, give me some space.” And you know what, it worked. No one spoke to me or even looked my way. Even though they definitely wanted to.