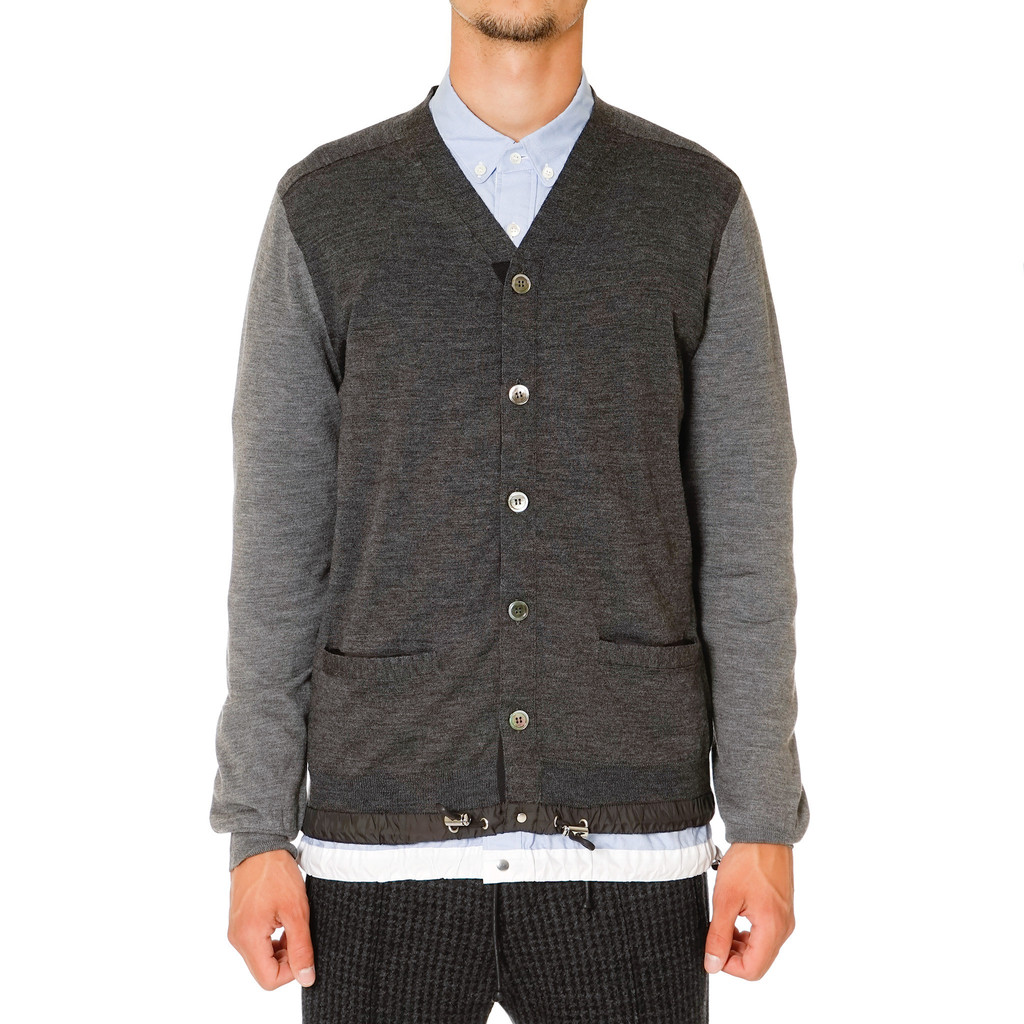 At first peep, this cardigan has IT support written all over it. In fact, if it did, literally, have IT support written all over it, you know, in a sort of ironic way, then it’d be more interesting. No? Fine, I’m no designer. Either way, it’s saved from inhabiting the sartorial hinterland of motherboard appreciation by its drawcord hem. Yep, sometimes that’s all it takes to turn a dull garm into a fire one.

No you can’t grab this at Blue Harbour. Yes you’re gonna have to drop mad stacks. No it’s not as much as 350 quid. It’s 349 quid. Not including postage.

For those paying attention, it’ll come as no surprise that it’s from Sacai, who don’t seem to be able to produce any upperwear without a fucking drawcord on it. Irrespective of the practicality of doing so. I mean, I like this, but why do you need a drawcord on a cardie? Do you really need to keep that beer belly heat locked in? I guess the answer is, it’s not made for dudes with paunches. It’s made for slender, young blades like the dude in the picture. A dude who falls over after two bottles of fruit cider. A dude with a little smiley beard. A dude who gets paid to stand still in a cardigan he can’t afford.