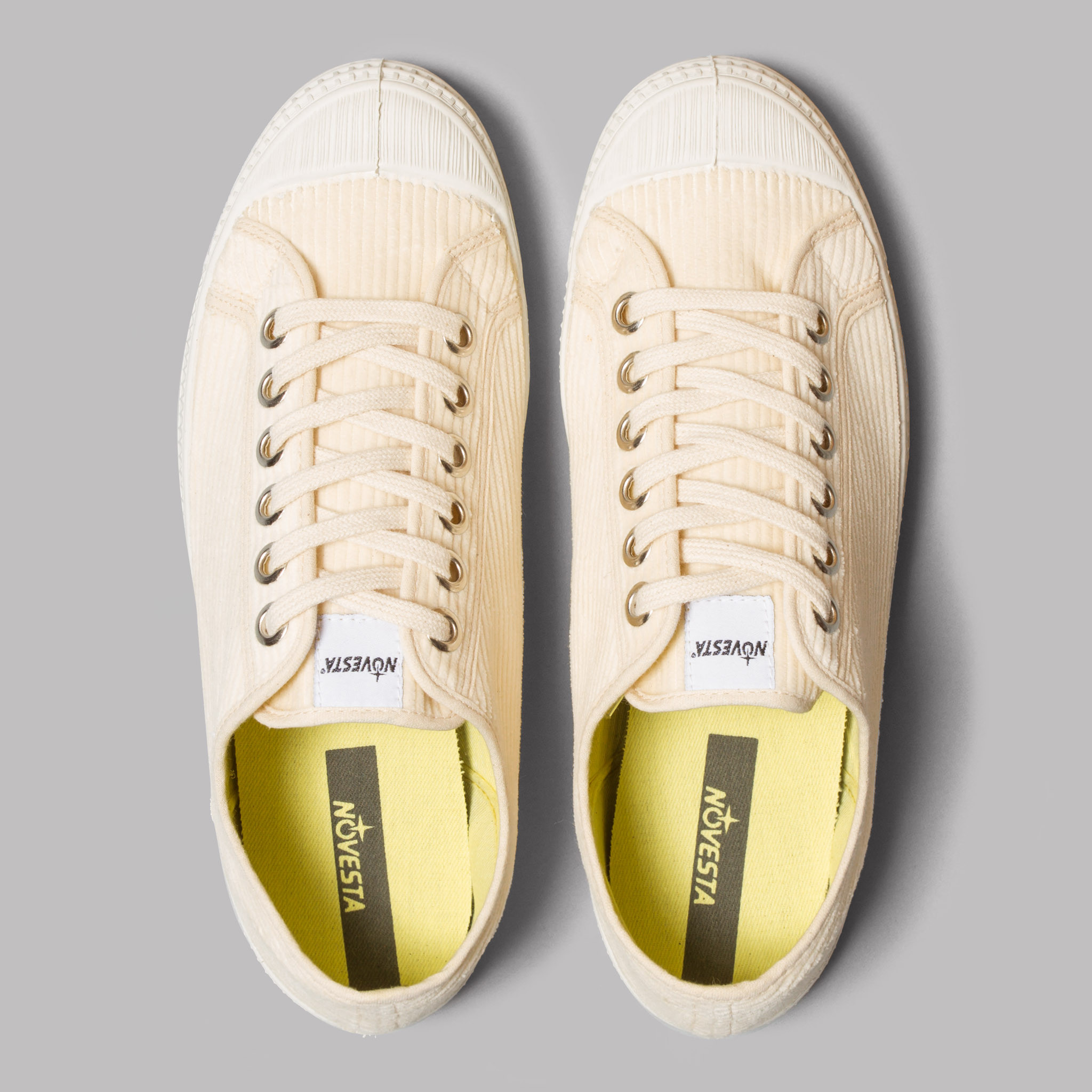 I wouldn’t sleep on these. The mustard ones have pretty much sold out in a couple of days. They’re Novestas, I first droned on about these in Feb 2014. But these are in corduroy. And that’s sufficient to get bellpieces like me all up in their own fervour. See Novestas have popped up in the UK over the last two years, OTHER/Shop had ’em, now Oi Polloi have caught up. But they’re still not everywhere right. They’re not the Converse or Superga of the menswear tourist. So even though they’re just 45 notes, they’ve still got a bit of anonymous cache. Now add corduroy to the mix and you can expect a sell out. I’ve just bought two pairs myself.

I expect corduroy to get dirty quickly. My girl has already suggested that, “you’ll get a load of shit in the grooves.” It’s an opinion I find a little extreme, as I gave up jumping around in piles of shit well before I met her.

Anyway, 45 quid. Get involved. If you’ve got size 11 feet grab these in mustard now. For the more averagely feeted, try your luck with the white ones here. I wouldn’t bother with the brown, they look like they come pre-shitted.