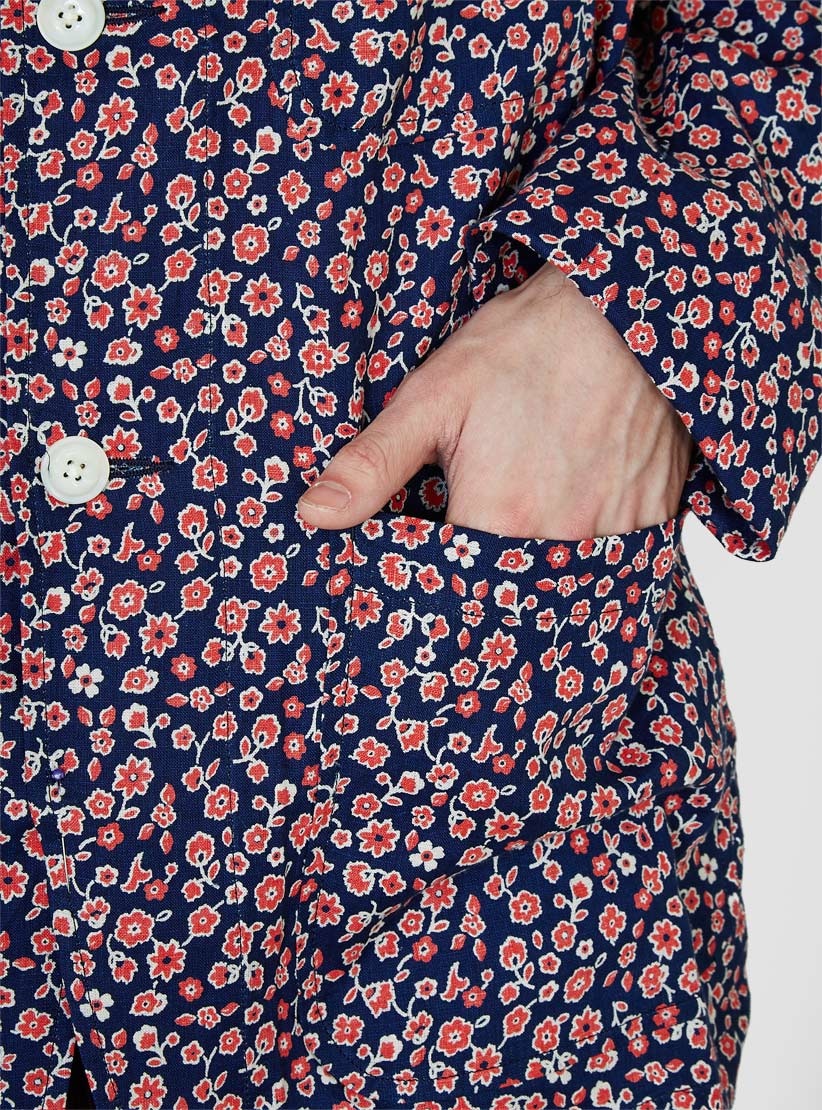 Don’t even begin to sleep on this. Although I guess you could sleep in it. It’s kind of pyjamay right? Although, what kind of bro fucks with 290 quid pyjamas? I’m a dick. It’s linen and floral. I’m better than that. Its not pyjamay. It’s just mad-cool. There’s no such word as pyjamay anyway. I keep getting the red underline every time I type it. I’m drunk writing this. Can you tell?

Floral linen is probably not everyone’s go-to. But in this case, maybe it should be. Although in that world I’d perpetually be surrounded by handsomer bros than me wearing the same jacket. Which is not really part of my brand-eye. So what I meant to say is, it shouldn’t be EVERYONE’s go-to. Just mine. And perhaps yours, if you live fucking far from me.

Basically, this Needles jacket is the flyness. I’m down with the pattern – just toss on some selvage jeans and some stupid Japanese fisherman’s hat for a look that says, “I’ve just got out of bed, or have I?” Which is probably quite alluring to my target market of girls who are extremely daft, or just highly susceptible to the power of imported fashion merchandise.