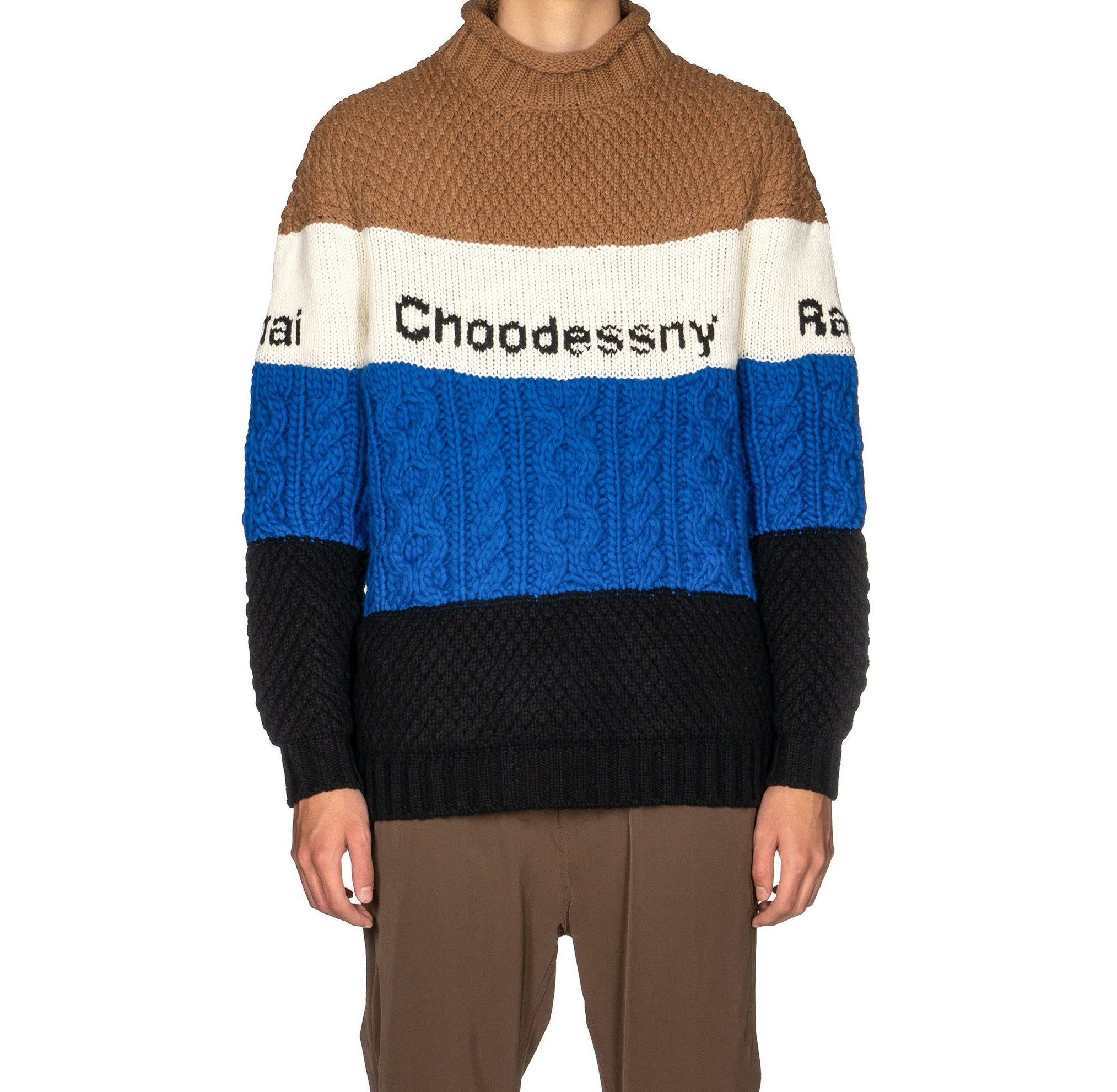 Once, in the 90s, I wore fancy dress. I went to a ‘circus’ themed party as a Droog from A Clockwork Orange. I thought I looked suitably clownish, even with the baseball bat. I have never worn fancy dress again.

It’s interesting how the counter-cultural appeal of Stanley Kubrick’s essay in ultraviolence remains so pervasive. Decades after my generation discovered it on pirated VHS, it still pops up, referenced in everything from cartoons and pop music, to comedy and digital art. Fashion too. Just take a look at these slogan knits from Jun Takahashi’s cult imprint Undercover.

At least they haven’t gone for the obvious. I mean, by now A Clockwork Orange has been culturally rinsed; referenced so frequently the iconography, music and language is virtually threadbare. Yet in thumbing though writer Anthony Burgess’ original glossary of Nadsat, Takahashi has at least chosen some of the less memorable slang.

‘Choodessny’ anyone? Apparently it means ‘wonderful’. ‘Lubbilubbing’ refers to making sweet love. While the more familiar ‘horrorshow’, is, well… another word for ‘wonderful’. And what about ‘rockerfull’? A quick look at the Nadsat wiktionary suggests it should be ‘rookerful’, meaning handful. Lost in translation perhaps? I dunno. Either way, what we’re looking at are some interesting looking wool knits, covered in gobbledygook, with a price as painful as a kick in the yarbles.

Do I need a stripy sweater to advertise that I’m down with Kubrick? Not really. Nor do I want to wear something that screams Undercover if I’m really honest. You see this whole cultural cut-and-paste thing everywhere, from Raf Simons and Kiko Kostadinov all the way to Noah. It leaves me cold. I’m probably just out of step. I just don’t want to look like a late 90s homepage.