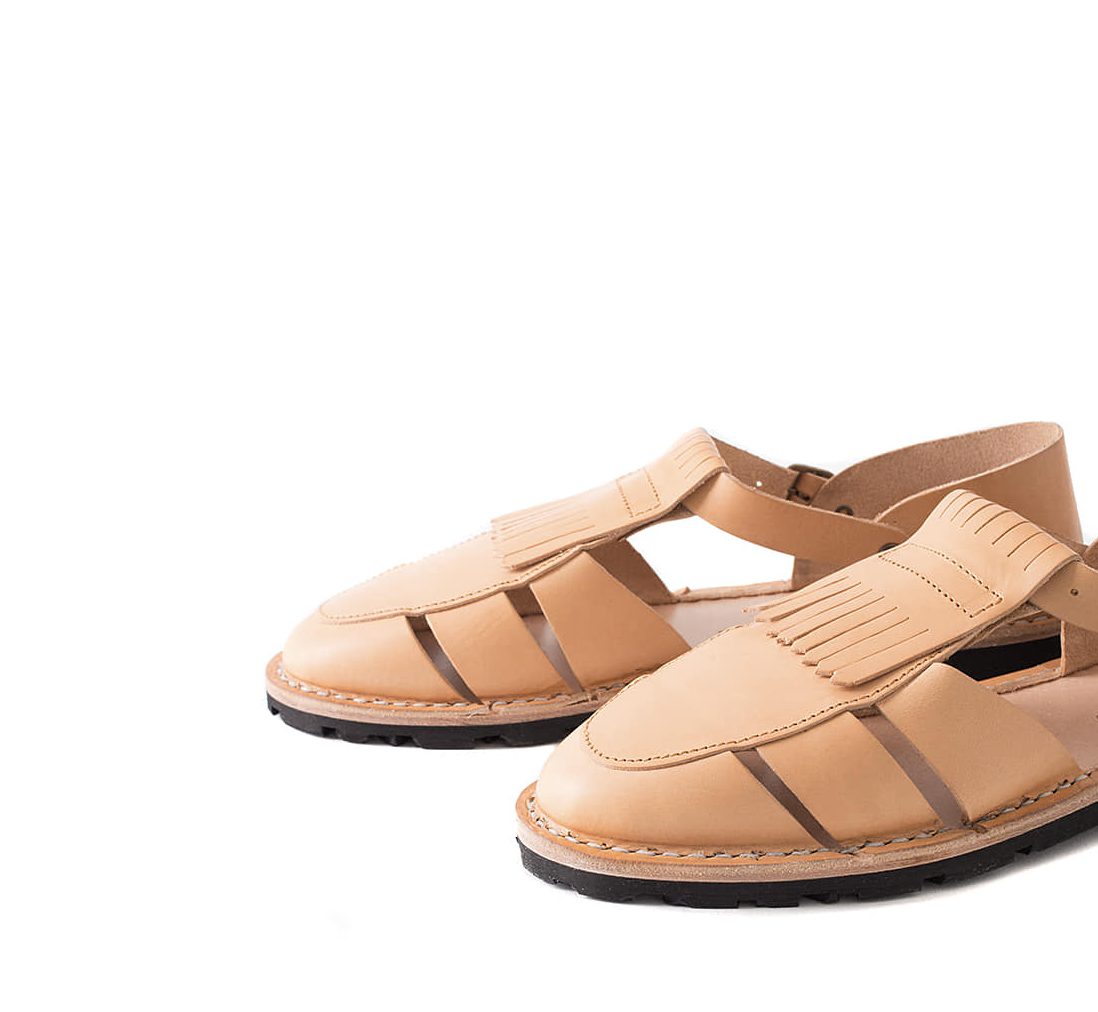 And here I am, over 30 years later, thinking the exact opposite.

I’ll get one thing straight from the off, these must be worn with socks. I kind of assumed we were now living in a world now acceptant of the sandal/sock combo. But even my girl (who works in fashion) still provokes raised eyebrows with the look. And just look at Oi Polloi – the most enthusiastic proponent of socks-with-sandals. They still feel the need to legitimise the combination every time they mention Birkenstocks. I thought it was a given by now. Particularly with men. Outside the consumers of a few specialist videos on Redtube, I can’t imagine who wants to look at a mens’ feet?

Beyond the ‘socks only’ ruling, it’s anything goes. Trousers, jeans, shorts… they’ll all work. The sandals are handmade made in Spain by, “craftsmen in the factory of the Basque Country”, feature natural vegetable calf leather and are, according to retailer I Am Shop, both “functional and sustainable”. It is also suggested that this style is, “timeless”. A description that perhaps refers to the 30 year gestation period between hating them in an 80’s film and eventually wanting to buy them?