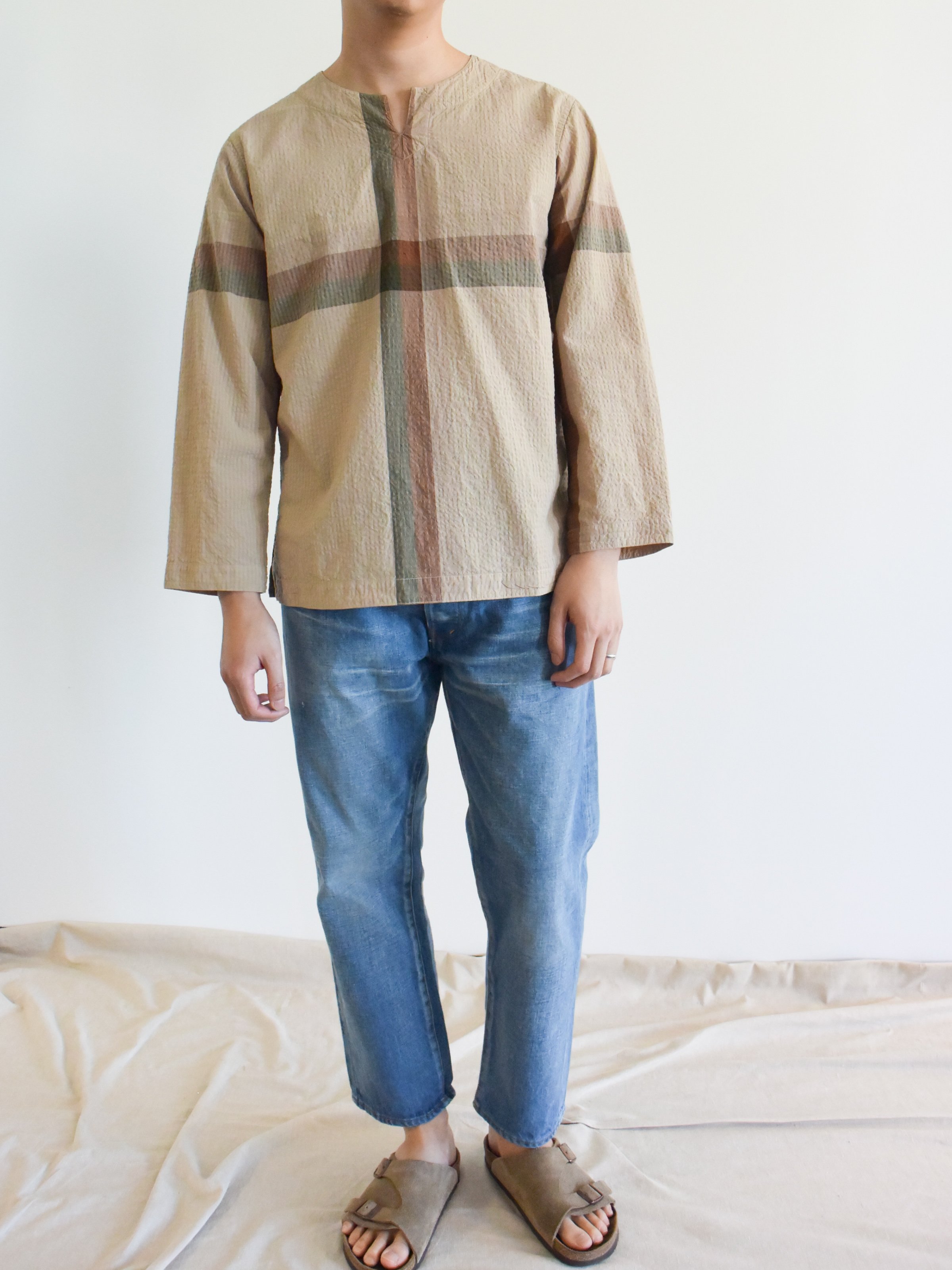 Middle-aged men wear t-shirts that are too small for them. When it’s boiling they’re everywhere. Men with their families, men in groups, men choking back the lager, men competing to see who can hoot the loudest at their own jokes. Their fleshy bellies, shoulders and backs throttled by gossamer cotton, like an unappetising Superdry sausage. Contrary to the basic laws of physics, it seems loads of men seem to think the best way to combat middle-aged spread is to slither into a form-fitting tee.

Such tops are really a relic of the 90s. Hence all the 40+ blokes sticking with what they still think represents peak cool, oblivious to the culture around them and the changes they have undergone physically. Specifically their now plentiful tits.

As an alternative to this hideousness I offer this TS(S) smock-style top. It’s loose, made of beautiful seersucker and featuring a jumbo plaid pattern. It radiates a very different attitude than your average blokey-bloke will be used to. More bong than beer; a top like this frequently accompanies a questionable adherence to spirituality and the power of ley lines. It doesn’t tend to fit so well with a lifestyle of getting aggressively sunburnt and then laughing like a drain at your own idiocy for getting aggressively sunburnt. Suffice to say, I’m not expecting this top to encourage your average Fosters muncher to bin their gut bra.

It’s a strong piece, for those of a mind to consider it. Whether you’re stuck in a middle-aged rut, or otherwise, tops like this make a welcome hot weather alternative to the tyranny of the tired tee. But I’m not trying to change anything here. I kind of like watching tired looking blokes in tight tees. I like it when they’re trying to set up a barbecue in the park, or struggling to keep their offspring in check. I like it when their tight tee has some chainstore fuckwittery written on it, like ‘Legit’ or ‘Resist’ or ‘No alibi‘. The nonsensical statements of pseudo rebellion offer a pleasing satirical counterpoint to the banal action.