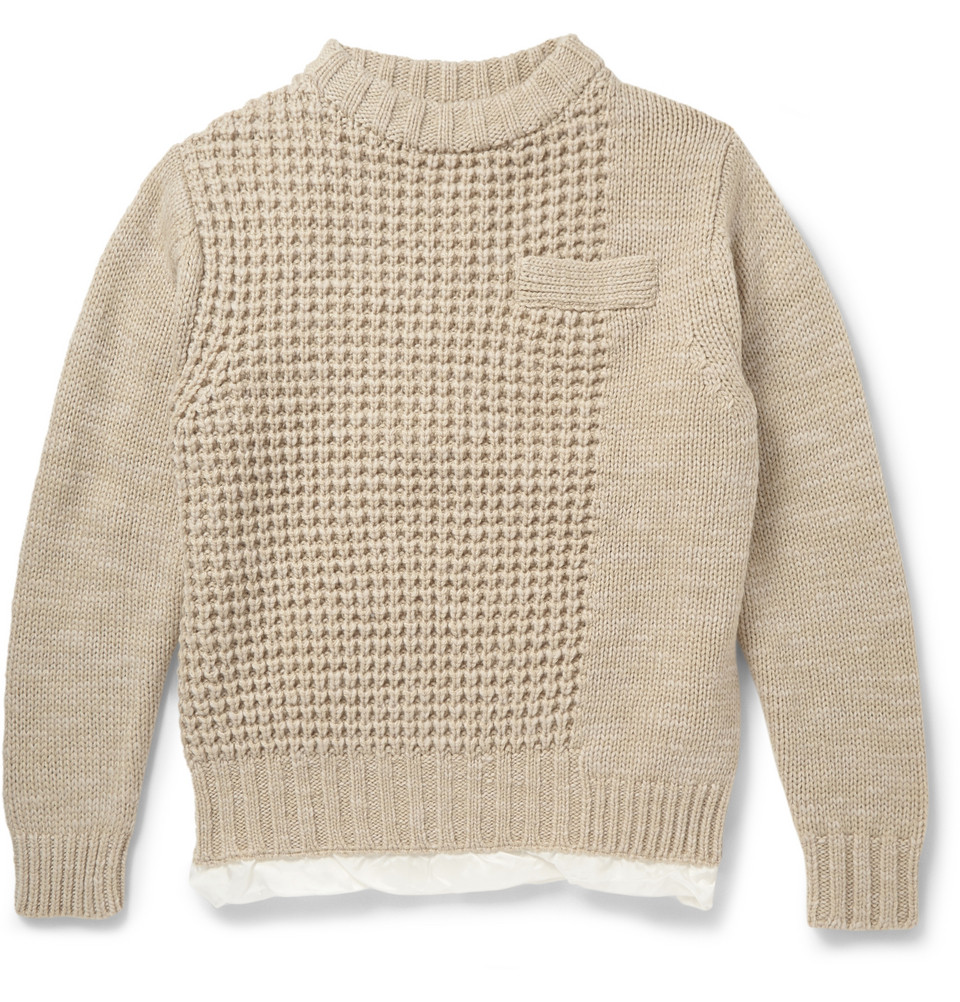 If by chance, due to the improbable machinations of a pulp romantic novel, a 17th century Duke had to masquerade as a straw-chewing ploughman, because he’d been duped by a corrupt Cardinal into ordering his Mum to the Judus Wheel and there’d been a public outcry and he had to flee and try and re-establish his good name, but while acting as a common labourer he falls in love with a young school mistress, who while far below his regal station, ends up teaching him some lessons about love and kindness… he’d probably wear this.

It’s a chunky-knit sweater, but with a with satin lining see. So while the Duke would be tilling the earth and pretending to enjoy tedious bread and cheese lunches, he wouldn’t quite be able to let go of his luxurious past. Thus his farming sweater would have a satin lining. Makes sense to me.

It’s by Sacai, the Japanese brand internationally known for high-end, peasant sweatering, it’s specifically designed for royalty-to-bumpkin subterfuge. Royalty who can afford 570 pieces of gold for a jumper. Yep that’s 570 quid. Grab it over on Mr Porter now. No, you can’t pay for it in potatoes.