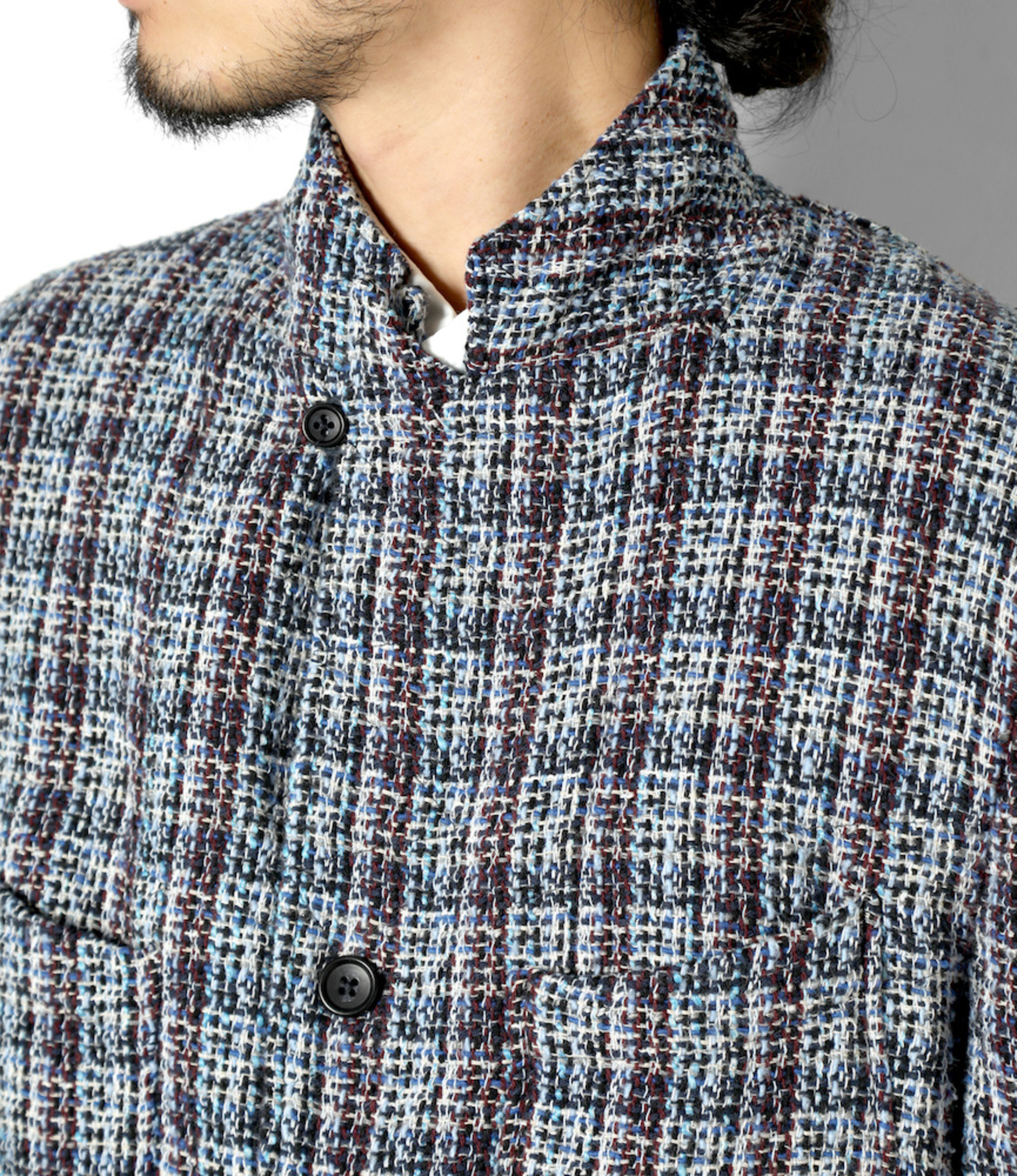 Terrestrial TV sucks right now. You know something’s gone terribly wrong when it’s a toss up between Doc Martin or something called Dogs With Incredible Jobs.

They’ll bring back Barrymoore next.

This jacket reminds me of TV. Or at least what guys on TV used to wear. Nice bold checked jackets. You know, like The Two Ronnies. Say what you like about the Ronnies, but no one ever found a dead man with a ruined ringpiece in their pool.

A little atypical this from Engineered Garments. It broadly adheres to the proportions of fan-favourite the Bedford; there’s just a slight narrowing in the body. Also the usual visible stitching is absent. So it presents a sleeker more (dare I suggest) grown up feel. The standard four pockets are present and as with all Bedfords, you can fasten it up to the neck.

But the standout here is the fabric. And it’s not just the look, there’s also the drape. It’s a cotton/poly tweed and the ridges and ripples going on make it look positively edible. Squint and it could be something by Carte D’or.

Looking at the pictures you can almost feel the sag of the fabric. I’m not saying it’d be heavy as such, just that compared with your more rigid cottons and wools, this thing will hang. Wear it over a shoulder-holster and jam your hands in your pockets and you’ll have the 80’s Metro-Dade look sewn up.

I guess it might seem a bit Fancy Nancy to work with your more utilitarian go-tos. But I dunno, I reckon it’d work well in the mix with cargos, kicks and denim. Besides, smart is good. This checked blazer over a stark white shirt buttoned to the neck… I mean, I know the whole ‘air tie’ moment is long gone, but that still looks pretty special. Kind of like a millennial Two Ronnie. Or not. Either way, it’s goodnight from me.