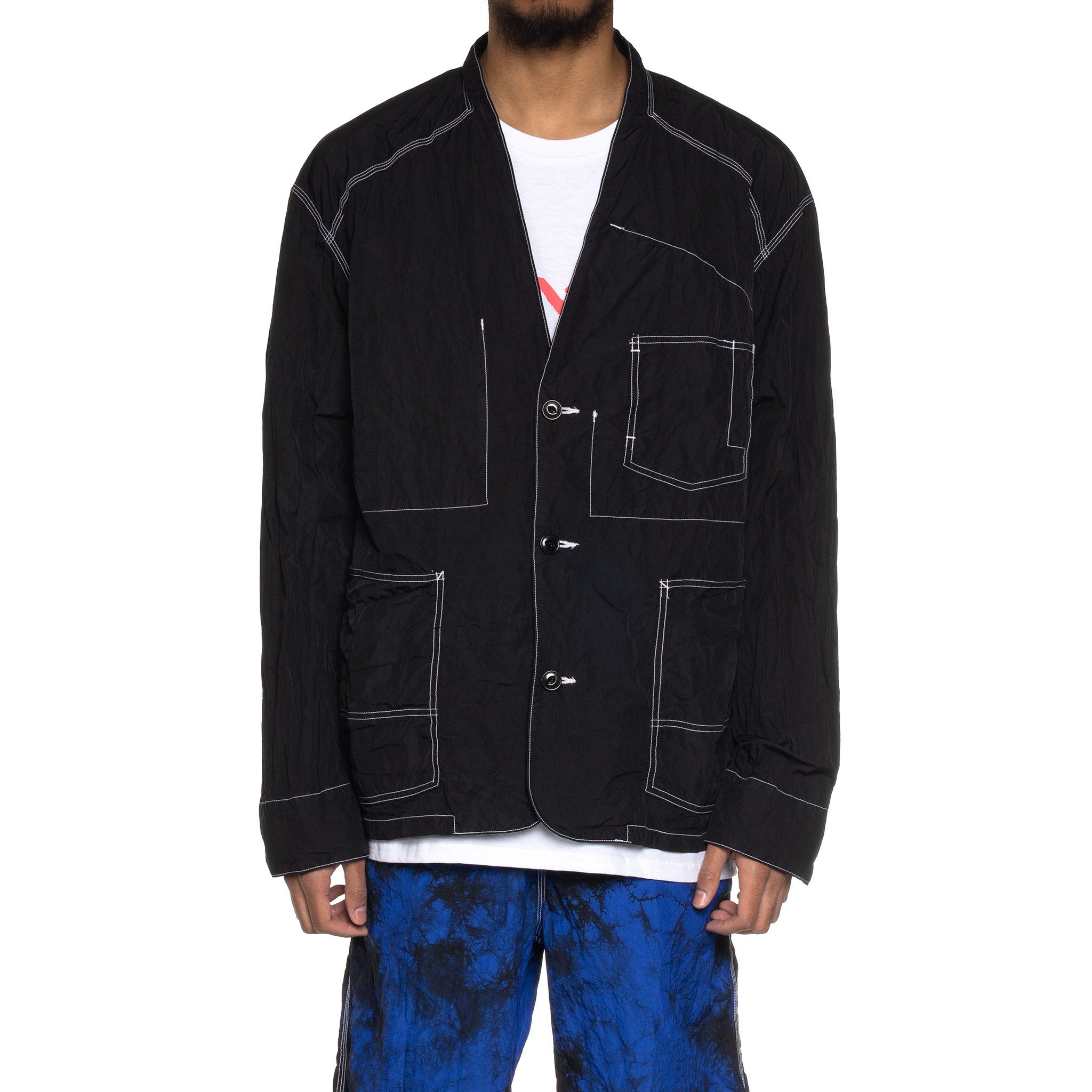 As everyone knows Comme des Garçons invented the colour black in 1981. Prior to that nighttime was dark blue and coal was brown, just like soil, which made it very difficult to find. Now of course black is used everywhere, frequently to denote the most important things in life like TVs, TV remotes and Mars bars.

Black clothing is typically used to announce pretentiousness. If you’re wearing black you look intelligent even if your head is full of candy-floss and unicorns. Fashion PRs wear a lot of black. Art students wear black too. This is so they can appear convincing when discussing the profundity of some blancmange smeared over an old pair of tights.

If you’re going to wear black, this black jacket is the black you should wear. It’s from Sasquatchfabrix and available at Haven now. I should warn you though, I’ve just noticed the large has gone, so small, medium and extra large sized dudes should get your cursors popping.

It’s got a very Comme feel, all that crinkly nylon and in-your-face contrast stitching. No collar, but that’s cool. Kind of cardigany but also obviously a jacket. It’s just another cross-genre piece to add to your existing collection of coats that are also pyjamas and shirts that work as hats.

I’m not going to reel off all the pocket specifications here — details are plentiful over on Haven. You already know the score, utilitarian, maybe a bit military. It’d look good on the presenter of a daytime TV show that takes an old women’s armchair, sands it, paints it, reupholsters it and sells it, before giving the granny £11 and asking her what she’s going to do with the money.

At £330 it is both exorbitant and bargainous — this is Sasquatchfabrix after all. Personally I don’t wear a great deal of black. But I am deeply self-important and pretentious, while not having a clue where any countries are on a map. It’s probably perfect for me. Just wish it came in navy.