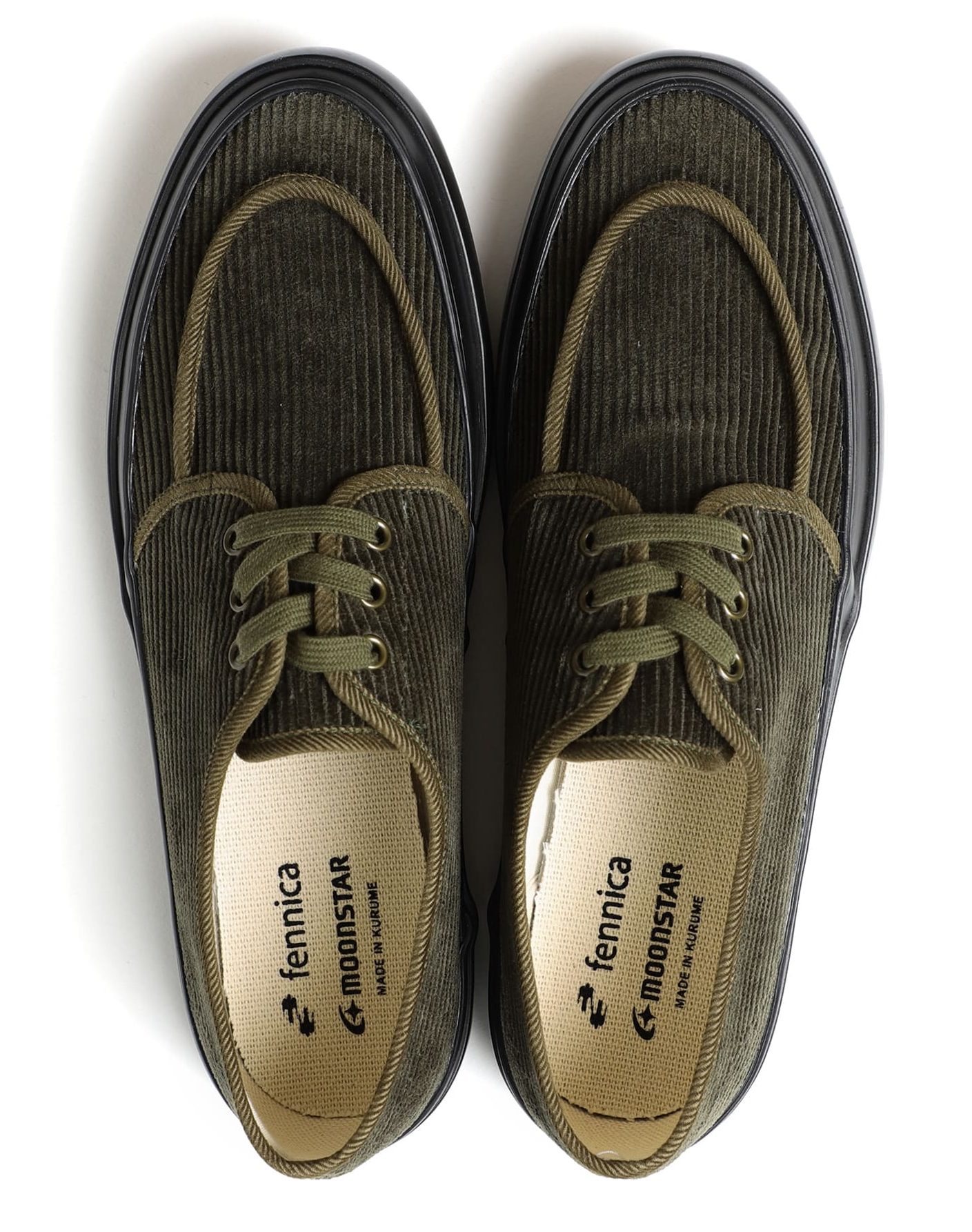 A couple of weeks back I rolled the dice and ordered some sneakers from Beams Fennica. It’s a Japan only brand, so I had to resort to a proxy service. Using proxies makes me nervous. I sob molten fury if an Amazon order doesn’t turn up when it says it will. Add in a faceless intermediary, a proxy website seemingly designed on a VIC-20 and a language that looks like a spilt packet of Quavers and I’m ready for a psychiatric ward. Sometimes I think it’d be easier ordering through a Ouija Board.

And yet, the sneakers turned up. Beautifully packaged. Mint condition. They took about seven days from mouse-click to doorbell. I should have more trust in people.

These are the shoes I almost bought. They’re a colab between Moonstar and Fennica. And clearly we’re talking daddy shoes here. I’m no daddy, but I am feeling what these are throwing down. Corduroy brings the sensibleness, the sole adds the ‘couldn’t give a fuck’. It’s a hybrid situation: somewhere between crown green bowling and building a quarter pipe in your garden.

That all said (and even with the Moonstar stylings) they do lean towards pensioner chic. Either the brown or the green would benefit from a heavily navy fit. Playing matchy-matchy with shoes is a dangerous game. A brown shirt with brown shoes, a green jacket with green shoes — that’s some GQ style wackness right there. As we’ve discussed on these pages before, trying hard is the road to dying hard.

If I’m honest, these shoes do look a bit slender, it’s probably the reason I abandoned my basket. They’re got a similar silhouette to Superga — a brand now only worn by Eastern European barmaids. But I’m still on the fence. Anyone in the UK clued-up enough to know the brand Moonstar, certainly wouldn’t have this style in mind, which in my tiny mind makes them sufficiently rarified to own.

Dunno if you’re with me on these or not? But I can at least confirm that, even in these times of global plague, the proxy service From Japan are operating. So if you’re keen, have at it. You won’t see anyone else in them. Especially if, like me, you’re still terrified to leave the house.