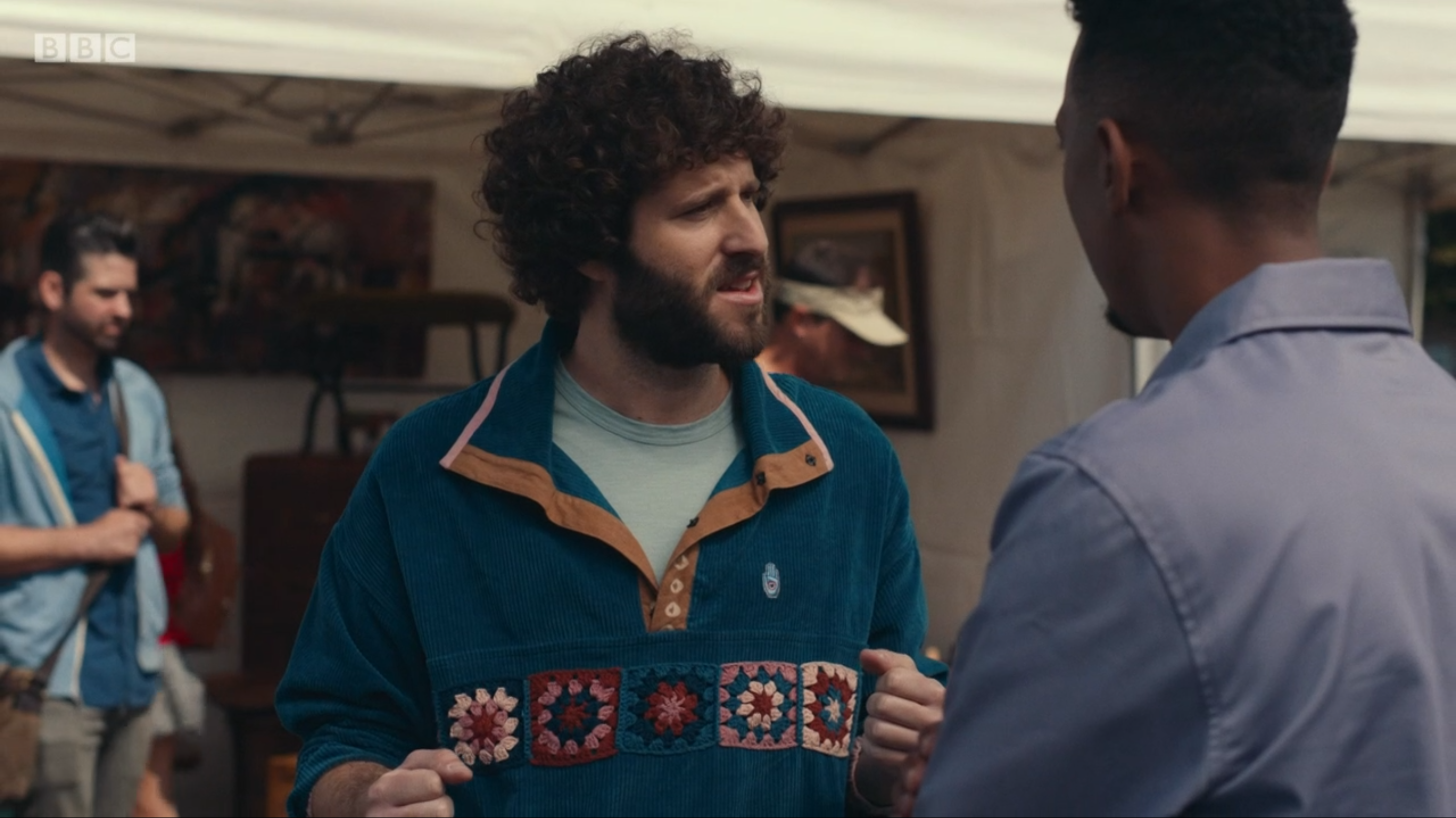 People that are always recommending TV shows are the worst. It’s just one of the things we’ve learned from lockdown life. We now know Zoom bingo gets boring very quickly. Kipling’s Cherry Bakewells and creme fraiche is all sorts of wrong. And untimely death is a massive inconvenience.

We’ve also learned that everyone thinks their taste in TV is brilliant. If I watched everything I was told to watch I wouldn’t be writing this, I’d be squatting on the sofa in my own piss, square-eyed, as an English/American/Spanish detective solves a murder/kidnapping while also keeping his teenage daughter from falling in with a bad crowd/arguing with his ex-wife, while drinking too much lager/bourbon/sangria.

That said, you’ve got to watch Dave.

Can it really be seven years since Dave Burd (AKA Lil Dicky) first blew up on YouTube with the track Ex-Boyfriend? It can because I looked it up.

Why am I banging on about this?

Just check out these pics.

These shots are from Dicky’s show Dave (iPlayer) and as you can see, it’s rammed with primo casual wear. Brands you actually like. Keep your eyes open and you’ll spot characters wandering about in Needles and LA t-shirt brand Online Ceramics. There’s also a major role for our fave Story MFG — it crops up loads. Straight bonkerness.

There’s a load of notable gear in the show. Some familiar (you’ll clock Stussy, Nike etc… obvs) and some not. I’ve never heard of Tombolo who make the tiger shirt above. Not saying I want to wear it, but its LA retro-bravado is interesting nonetheless.

So, watch Dave. Funny, dramatic and hella stylish. This is tastemaker TV. Forget all those other shows you’ve been recommended. I know what I said at the start of this ramble, but trust me, I’m right. Suck it everyone else.