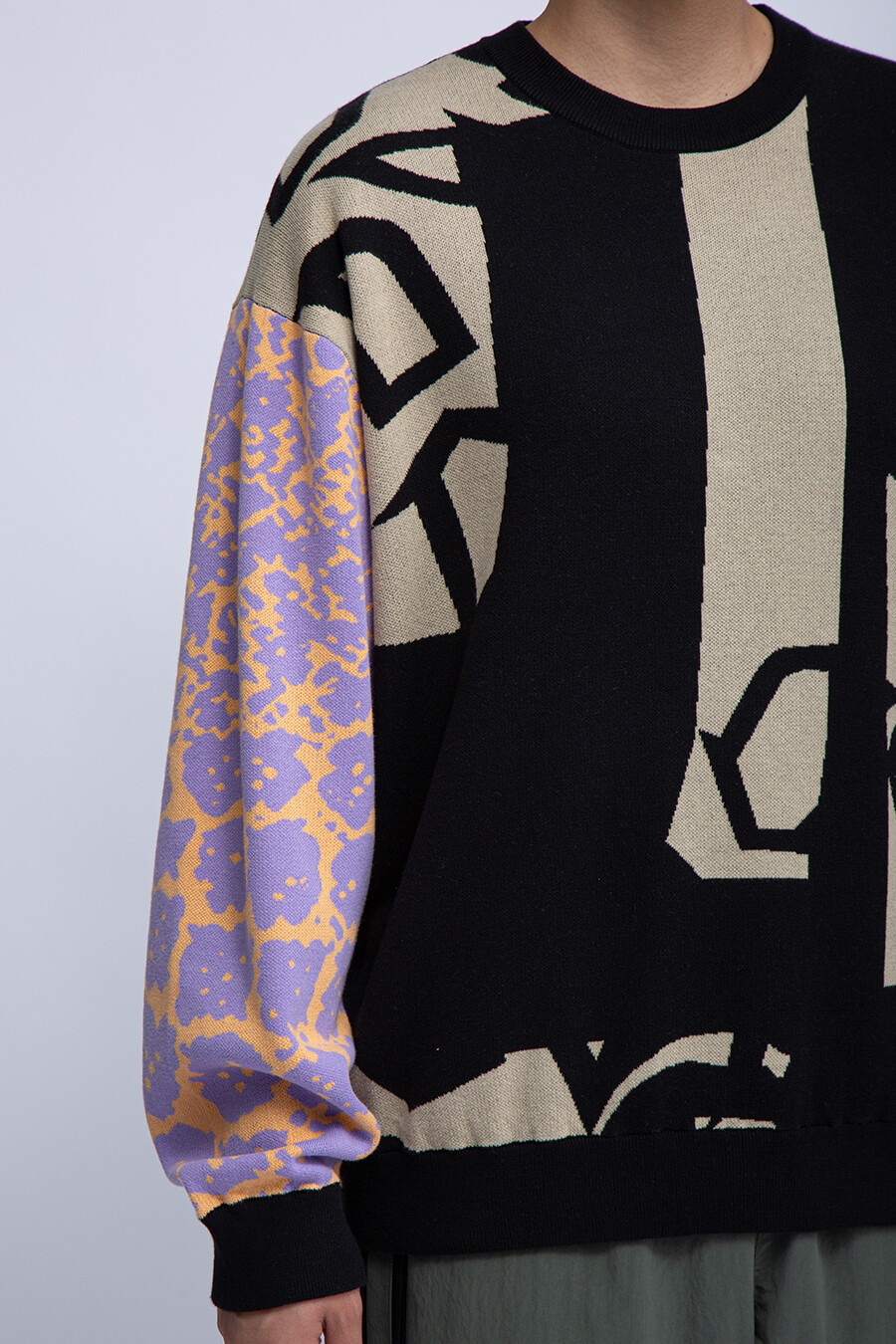 You can’t argue with this. You could try. But you’d lose. It makes as much sense as queuing to get in Primark. Albeit with a considerably higher level of taste.

Featuring art work by Tokyo based artist Kazuma Ogata, this is a sweater by Bal. It looks like something Dr Strange would conjure up after a night on the pop with Thor. Wonky and unfathomable, but with a mystical beauty of rare seduction. I don’t know why one arm is orange and purple. The monochrome shapes on the chest are a mystery. But by the power of Vishanti I’m sold.

Of course, darker magic may invoke visions of Timmy Mallet or Noel Edmonds. After all, this is unavoidably a ‘wacky sweater’. But the days of Saturday night custard pie TV are long gone. Even Gyles Brandreth has dialled his game back these days. Maybe it’s time for the statement sweater to rise again.

I don’t know much about Bal. It’s one of those brands offered over at Sculp Store with little description. But I like what they’re doing — mostly it’s dramatic streetwear: giant prints, unstructured tailoring, colour clash and graphic tees. I do like their ‘utility’ sweats  — Bal may be be short on name, but they’re big on pockets.

This sweater speaks to me though. In a language I don’t understand. And I’m cool with that. It doesn’t make any less sense than the news right now. The ‘black‘ version at the top of the page would be my choice, although there’s another variant called simply ‘olive‘. Both are inscrutable. Both bring the jazz-hands. And both would inject a little splash of magic into our otherwise miserable existence.