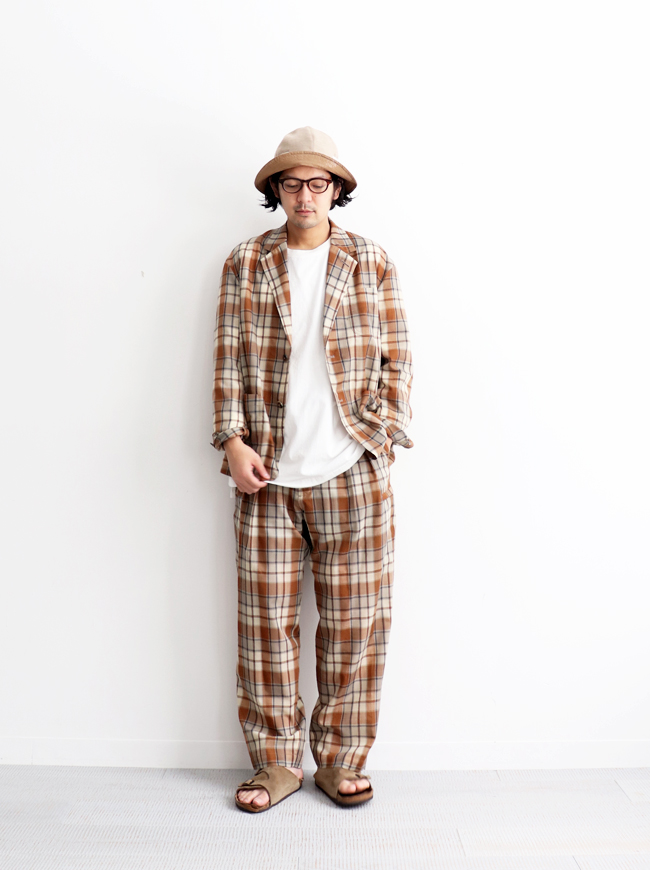 All of a sudden fashion is out of fashion. Watch as those at the top of the tree frantically about-face in an attempt to remain relevant.

“We really need to rethink what this industry stands for”, ponders Anna (Nuclear) Wintour, after building a career around the persona of a self-important monster, and for years, fielding criticism around the lack of people of colour in her publication, along with tales of bullying and unreasonable behaviour.

It’s difficult to watch this unfold without a sense of schadenfreude.

Beneath this sparkly and turbulent reckoning, the small, conscious, interesting and creative brands beaver on. And today I’m taken by this casual suit from Japanese brand Unfil.

Personally, I’m all about the casual suit right now. Not so much wearing them, but buying them in the hope that one day I’ll be able to wear them. I’m almost embarrassed to admit I’ve bought two over the last two weeks. But then, what else am I going to do? I’ve finished Devs. I’ve put some shelves up. I helped my girl with a jigsaw for fucks sake. Is it really too much to ask for a man to waste his savings on a couple of useless suits?

The suit pictured is not one of my purchases. Indeed, I’m not sure how you’d buy it: Strato are selling the trousers and picturing the jacket and trousers combo, but seemingly not selling the jacket. Which is a fat lot of use to no one.

Still, if you could somehow find a link to buy the whole ensemble it’d be worthwhile. Unlined, Super 120 wool voile; the trousers have zippered pockets and an elastic/drawcord waist — that’s about the extent of my knowledge on this. Other than the obvious. You’d look like a fucking boss. A sleazy, degenerate boss.

After all, fashion’s about staying current. So if you ask me, this slapdash approach to the formality of business is exactly the right look for now. Roger Lynch, Condé Nast’s CEO, says that the reason Anna Wintour is vital is because, “she can help influence the change that we need to make, and I know she is committed to it.” Perhaps we should give her the benefit of the doubt, she’s only been Editor-in-Chief of Vogue for 32 years.