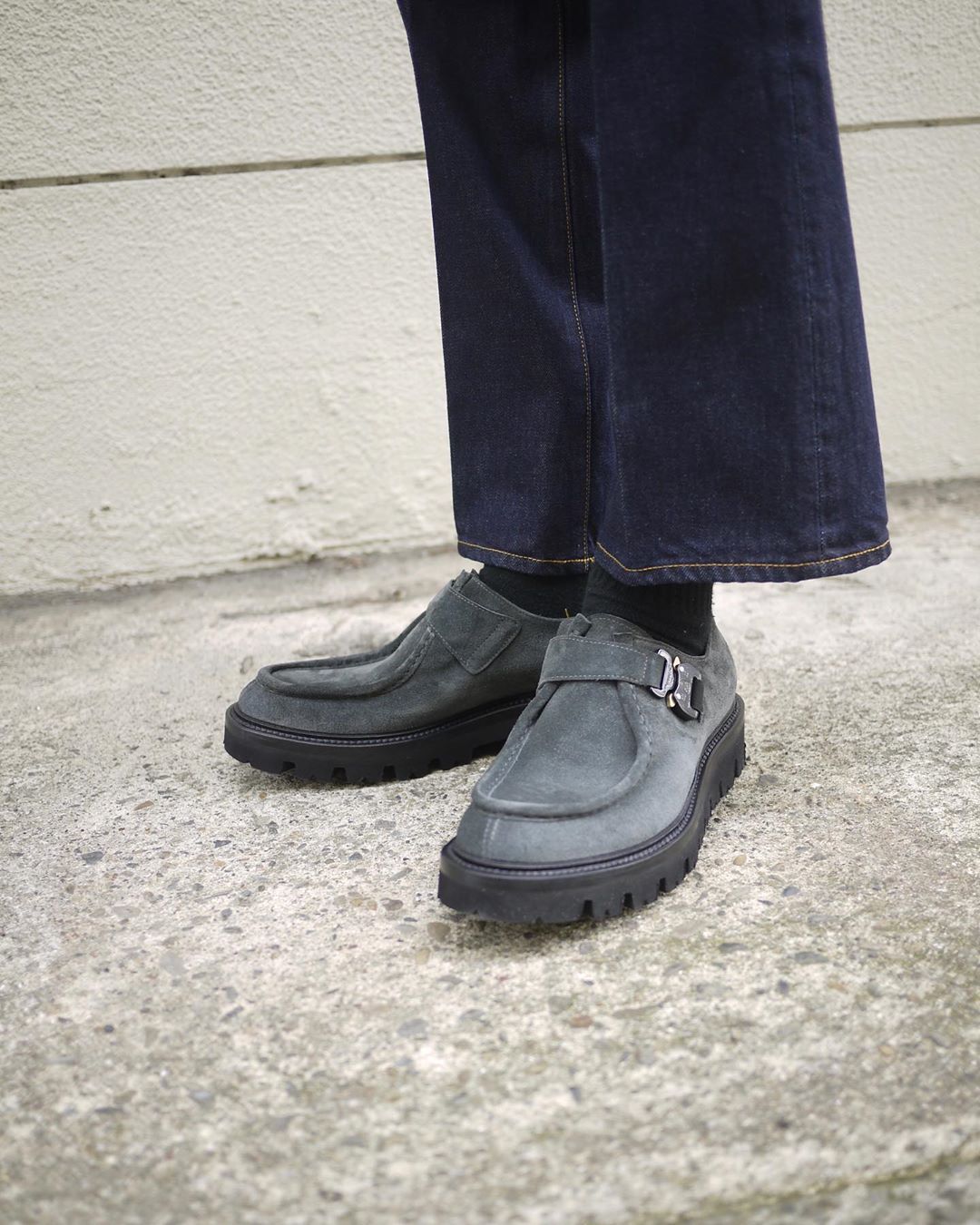 It’s this kind of block-headed thickery that we English stand for. It was about time we proved we could out-stupid Brexit. I dare say yesterday’s riots caught the attention of the world’s natural historians. A new human sub-species, you say? White, adult, male and with the cognitive ability of soil? There’s a Nobel Prize in that.

This level of dumb can help you clarify your place in the world — kind of like a mental palate cleanser. If I ever doubt my morals, my intelligence or my purpose, I can take comfort from the fact that I never choose to openly piss on a dead policeman’s monument while surrounded by thousands of smartphones.

I chose to spend yesterday looking for shoes. I found these. Tucked away in Kikunobu, a store I’ve never heard of, but by a brand I certainly have. They’re from ERKN. A brand based in London and manufactured in Italy. Naturally, this specific style is only available in Japan. Which is a shame, because it’s this specific style that’s so interesting.

We’ve seen these safety buckles on belts for some time — Alyx knock them out for the pimp market, while brands like Meanswhile and Hobo accommodate the more left-field. Sightings on shoes (at least from reputable brands) are rarer.

Kikunobu only seems to stock small sizes. There’s a black leather version and a grey suede. The shoe itself is referred to by ERKN as Article 002 — which is one of their model shapes and frequently comes laced. According to ERKN’s Instagram, this version of the Article 002 features a ‘Cobra Buckle’. I give this info in case you’re moved to try and contact ERKN and enquire after its availability a little closer to home.

I would suggest it was wise for ERKN to expand it’s offering to the UK. Giving us jolly old Brits access to these more progressive styles. But we’d probably just take them to Leicester Square and try to fuck them, or eat them, or shit in them, like the simpletons we are.