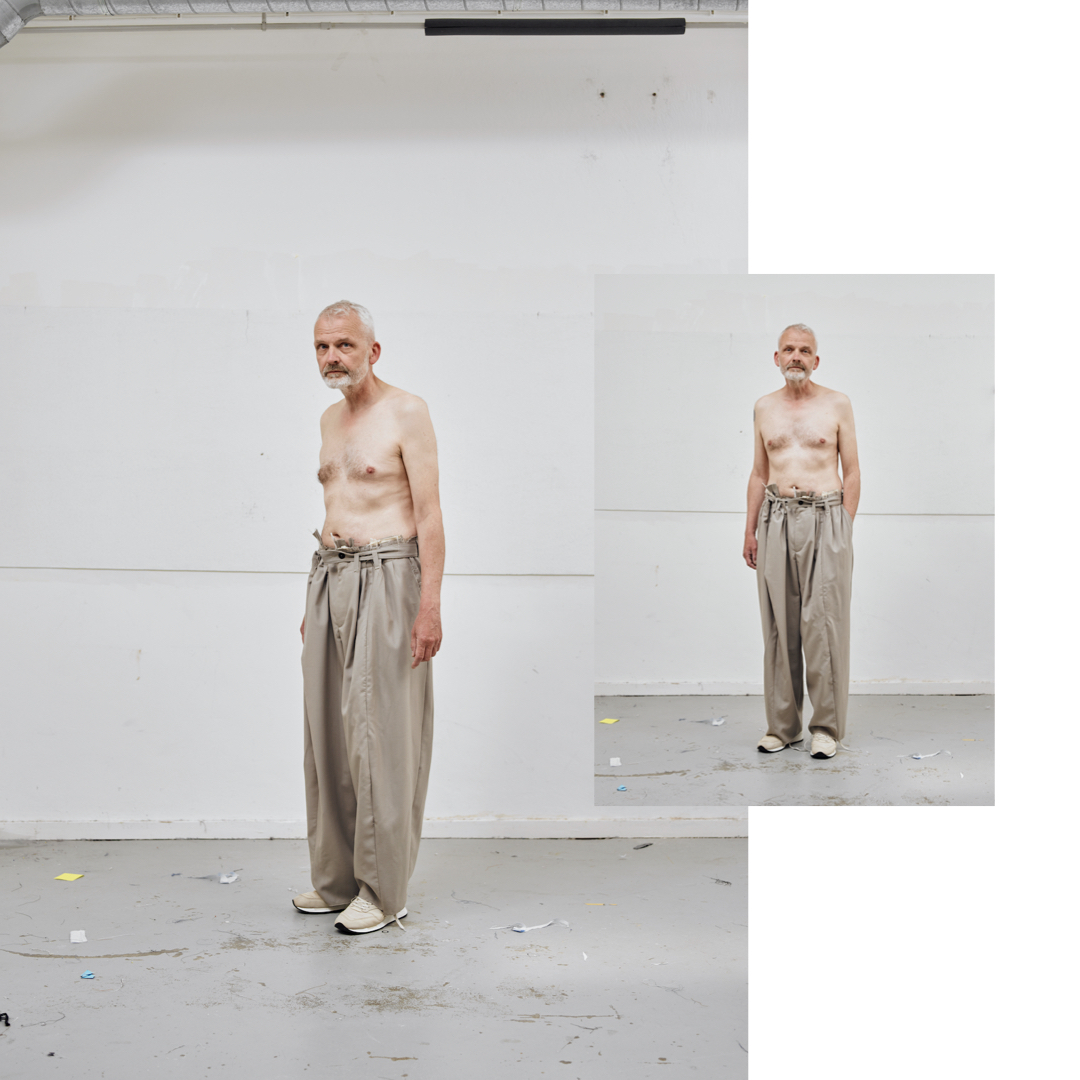 Money fucking supermarket! This dude’s grabbed my attention. What a confident bro — sun’s out, guns out. And look at the scale of those trousers. He looks like an egg being swallowed by a snake — but in the coolest possible way.

This guy’s modelling Camiel Fortgens‘ current collection. I’m not that familiar with Fortgens, or his work. But anyone who would put this badass, in these pants for their look-book has got to be worth your attention.

The Camiel Fortgens brand is based in Amsterdam and they’re about, “uncovering the unpolished nature of people and their social behaviour.” Which is a laudably pretentious way of saying they make massive trousers.

Of course, they make other stuff too. It appears that Japanese web store Wallace and Murron are quite the fans, offering a studiously oversized collection of shorts, shirts and utilitarian looking outerwear. But as I say, my main reason for digging this brand, is this model man.

Look at that, he even closes his eyes to concentrate on zipping up his jacket — that’s a pro right there.

And what about this. Working the side angle, showing off the cut of the coat, all the while keeping his eyes locked on yours. Stare back, I dare you. You’ll turn into a pillar of salt.

I love the use of older models in menswear. And not just because I’m far closer to obsolescence than the crib. They just look interesting. The juxtaposition between crisp progressive clothing and vintage bros always works. Comme used to do it. So did Yohji and Issey. It’s great to see it still championed.

If I could pick anything from the Camiel Fortgens range? Probably the shirt above. Paneling is core to the current collection, often resulting in deliberately misaligned hems. I like misaligned hems. And I don’t have much red in my arsenal, so that’d work. But really I think I just want any piece of Camiel Fortgens now. Just to own it. So somehow, in my own small way, I can capture a little of this guy’s formidable cool.

Who ever said marketing doesn’t work.