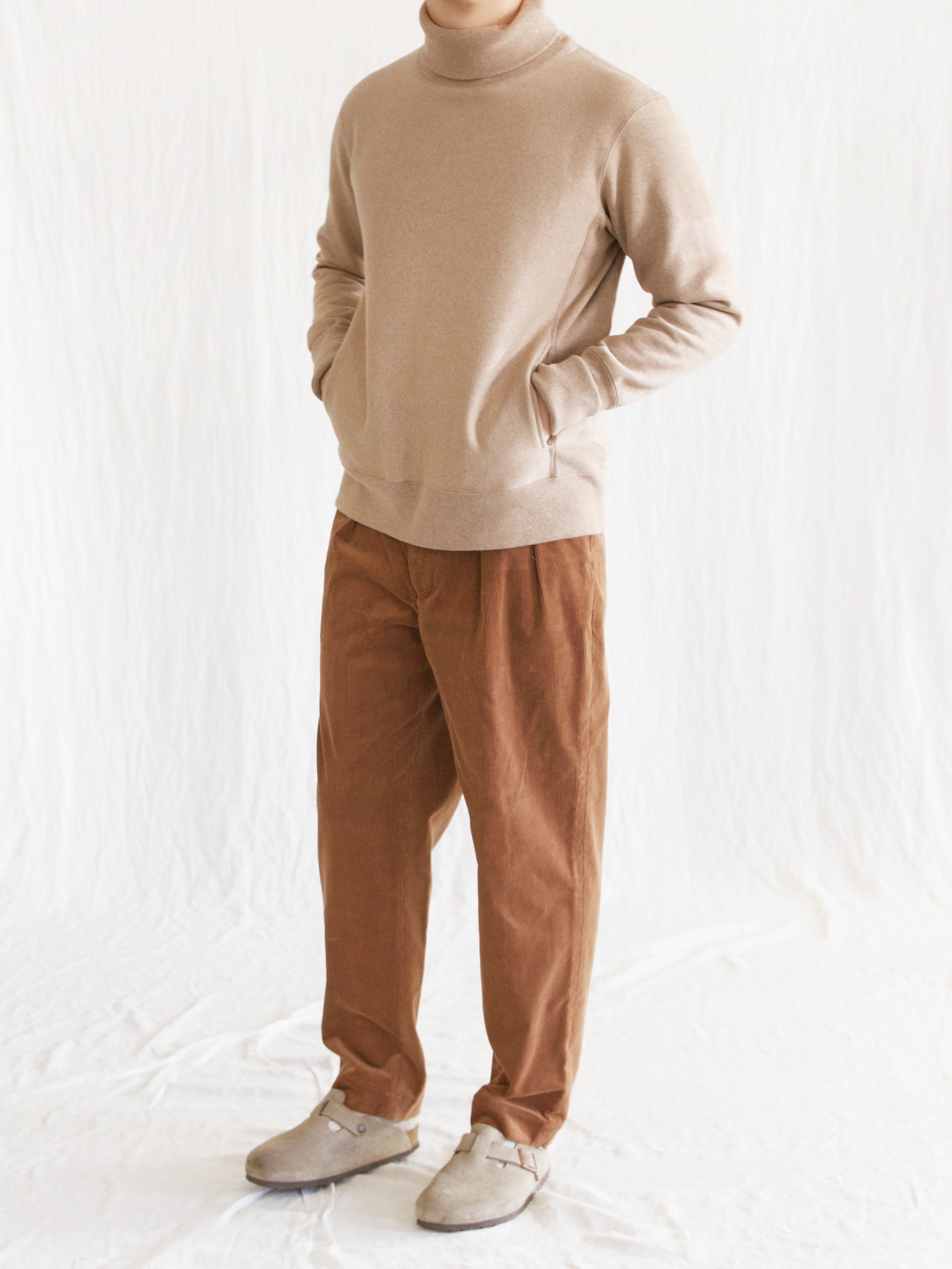 Here’s another piece you might find comforting during the impeding Brexmas. It’s a rollneck, with pockets. It’s by Japanese imprint *A VONTADE. And it’s sold in Namu Shop, which, while sounding Japanese, is actually in Texas. Funny that. A thing that sounds like it should be something, but isn’t. Perhaps that concept might click into place amongst this country’s leave voters when local investment dries up, they’re made redundant, they start getting charged double for medicine and they’re left sipping their Special Brew still grumbling about immigrants.

Of course, this knitted garment won’t actually offer much respite from the nincomfucks who conciously chose to ignore facts in favour of feelings, but at least you’ll be able to easily access your fags and sod off to the garden when the post-turkey conversation gets brain damaged.

I should probably say something about this sweater. It’s cotton and, according to Namu, “fleece lined”. I dunno if that means it’s actually lined in another material, or just that the reverse of the cotton fabric is fleecy, and if I’m honest, I don’t care that much at this stage. Our country is shaming itself. What did you think would happen? The EU have been negotiating too and they’ve got the best deal – it’s no accident. Once we leave, we’re still friends, but we’re also competitors… how does that not make sense? It’s also got ribbed cuffs with thumbs holes.

Buy it or don’t. It’s currently on for $260, which seems reasonable. Best get it before we take our country back in March though. Under WTO rules it’ll cost as much as a second hand Punto. Probably. Fuck, I don’t know. Oh come on, where’s your Christmas dispirit?