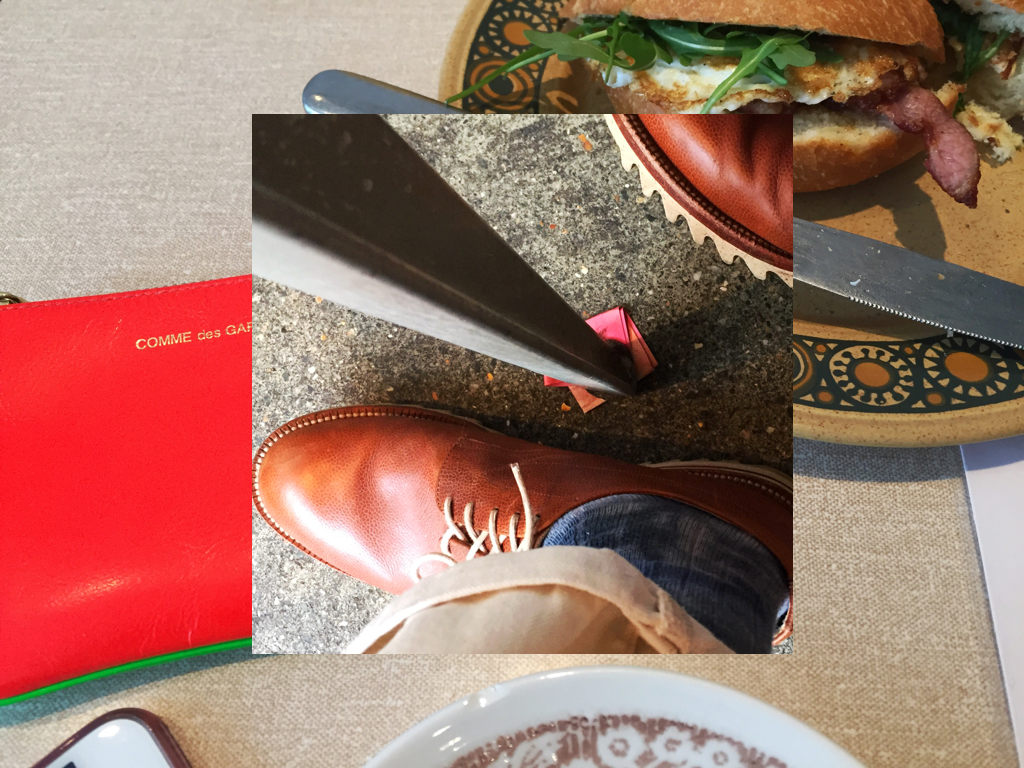 As you will see above, I’m resorting to the textbook juxtaposition of bacon roll and Comme des Garçons wallet. It tells a story see, it’s all about narrative. It suggests a laissez-faire, almost accidental slice of urban cool. Bro’s just having a touch of breakfast and unintentionally tosses his wallet on the table. So what if it’s Comme des Garçons? No biggie.

All of the above is entirely true; if you ignore the fact that I took so long positioning and photographing the surface of our table that my girl went bright red and kept whispering, “stop it, stop it, stop it…”

I thought, for today’s exercise in photographic awkwardness, I would go with a Meanswhile cap. I rarely wear caps. In fact I only own three. This one, a bright red trucker featuring the Miami Vice logo and a Skywalker Ranch cap which I snagged while fortunate enough to visit the birthplace of Star Wars. Miami Vice and Skywalker Ranch never get an airing. This simple wool Meanswhile number however, with its distinctive squiggly logo, I think kind of works.

The rest of my rig-out is heavy on Needles and features both an indigo dyed Arrow Jacket and an indigo dyed sweatshirt. My off-white jeans are from Ordinary Fits, socks are Anonymous-Ism and the shoes are a pair of Yuketen Derbys with a ripple sole. And the wallet? Well, it’s Comme obviously. And if I’m honest, it’s not even mine. It’s my girl’s. It’s just deceit upon deceit on this site.