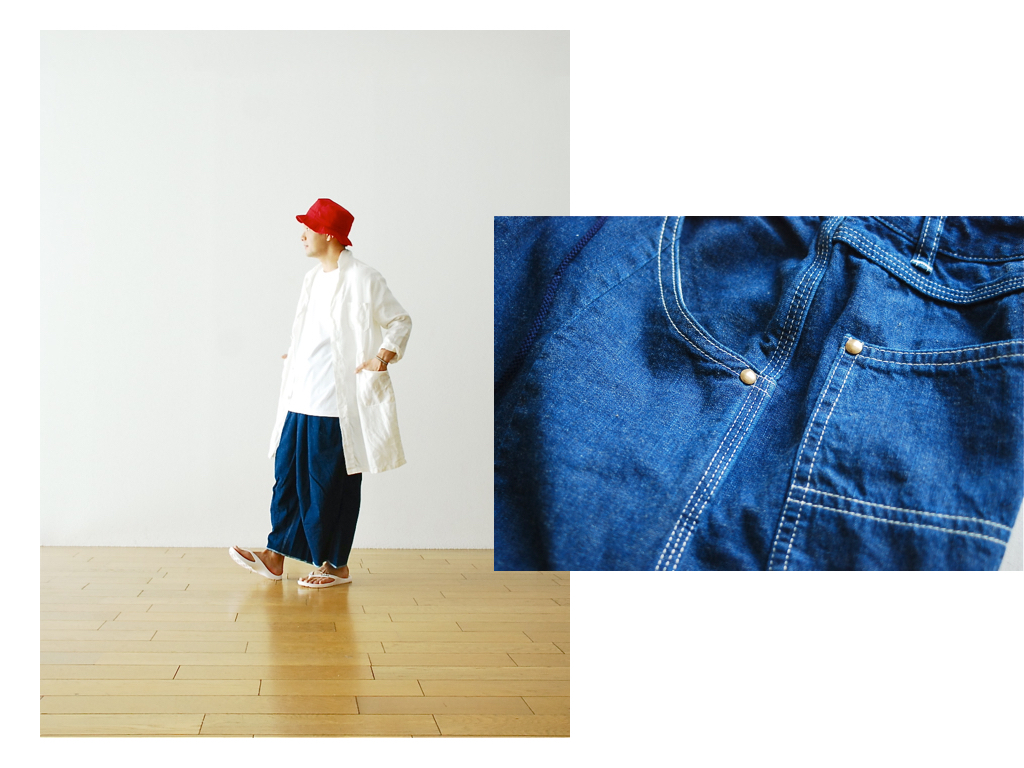 By any reasonable interpretation of the term, these Needles trousers are mad-baggy. They’re termed a ‘painter pant’  – clock the slanted side pocket, presumably for one’s brushes. They’re denim, clearly, and feature a nice line in contrast stitching; detail that extends to the simple overlocking of the hems.

You can grab them from the guys at Digital Mountain, who point out, with pleasing understatement, that these trousers will, “will attract the eye.” Indeed, I suggest wearing a pair of liferafts round your waist would have a similar effect.