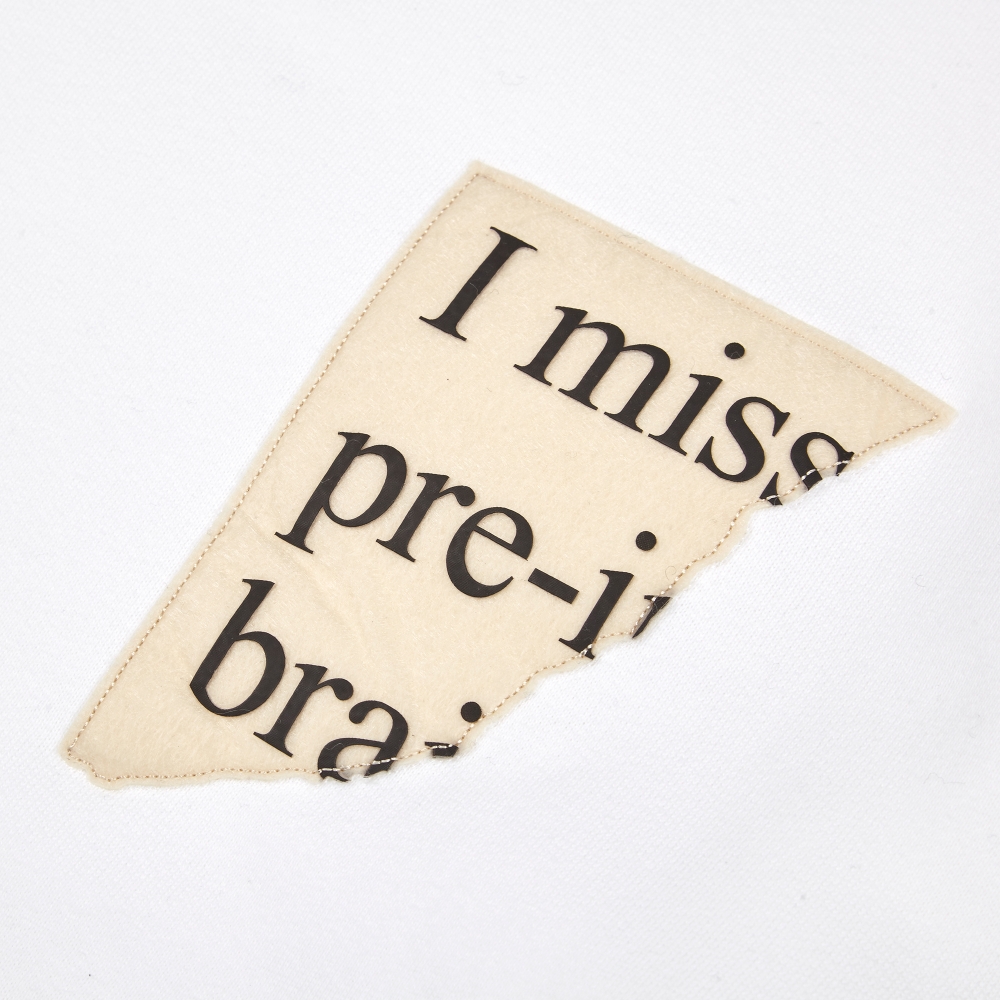 My immediate thought was, ‘this patch looks pretty weird’. Then I wondered what it meant? It’s a white, Wood Wood sweatshirt with a sewn on patch that sort of says, “I miss“, “pre-i“, “brai“. A statement which (in this political era of feelings relentlessly ‘Trumping’ facts) makes about as much sense as anything Mike Pence has ever gurgled from his yaphole. I do have a theory as to what it might mean though. I expect you’re fucking riveted to find out.

Wood Wood’s AW16 collection draws on, “themes reflecting the digital era we all live in.” “References to life on-line are mixed with the distinct streetwear aesthetics of Wood Wood.” So, with this revolutionary remit in mind, one can make the leap to a pretty famous quote from tomorrow-prodding novelist and artist Douglas Coupland – “I miss my pre-internet brain.”

Why it’s ripped in half, I have no idea. Maybe it just looks better that way? Maybe it’s a statement?  Either way, it’s a white sweatshirt, with half a famous quote on it. For 130 quid.

It’s starting to make me question who the idiots really are?