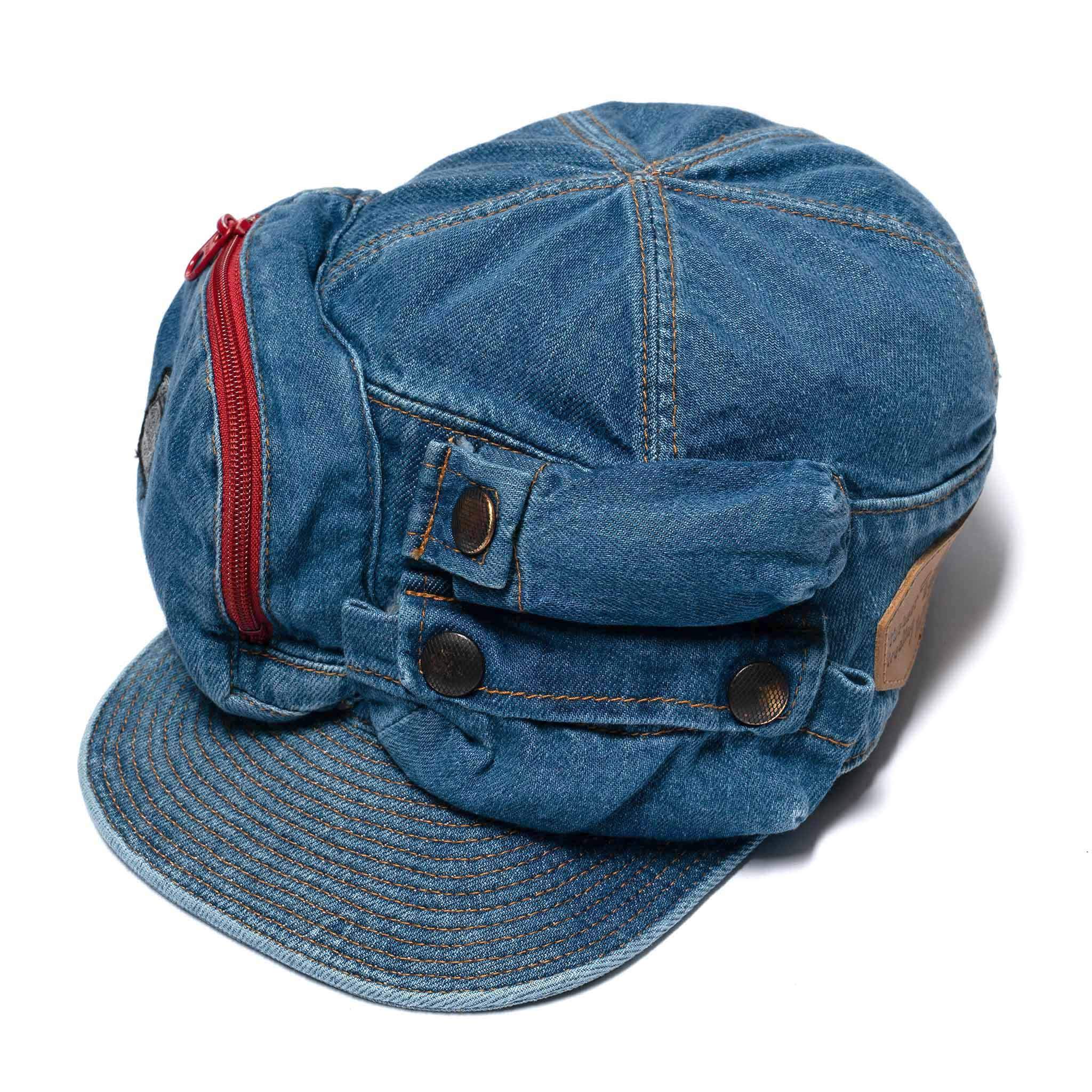 Roll up, roll up. Behold the bearded lady, the human cannonball, the bear boy and the monster hat. This offering from Japan’s Kapital imprint is certainly a grotesque. A creature only its mother could love. That it’s a hat in the first place is only really clear due to a peak jutting from beneath the lumps, bumps and folds. Truly we are gazing upon the most John Merrick of headwear. One size fits all. Are you ready to be pelted with rotten fruit?

As usual I should caveat my ramblings with the admission that I do really like this thing. Obviously I wouldn’t wear it myself, I’d look ridiculous. But you’ve got love that we live in a world where it exists. And someone will pay £264 for it.

For the aficionados, this is a 11.5oz denim Game Cap PRO. It appears to have three pockets – rather than two as retailer Haven appears to suggest. There’s a giant zipped pouch, a vertical snap button pocket and what looks like a horizontal snap button pocket, apparently designed for carrying a single pickle. Of course what a man chooses to carry in his own hat is his own business. Personally, I rarely consider headwear to be luggage.

With the cache of being made in Japan – and the double branding badges make that abundantly clear – this hat is no joke. It’s just… well, it looks so fucking mad. Puffy and swollen like a baboon’s anus, and covered in pockets that, let’s be frank, would probably be good for carrying your stash at a festival, but other than that would probably remain underused. As I say, I love that it exists. But it’s not for me. Listen carefully and you can almost hear it weeping, “I’m not an animal, I’m a hat.”