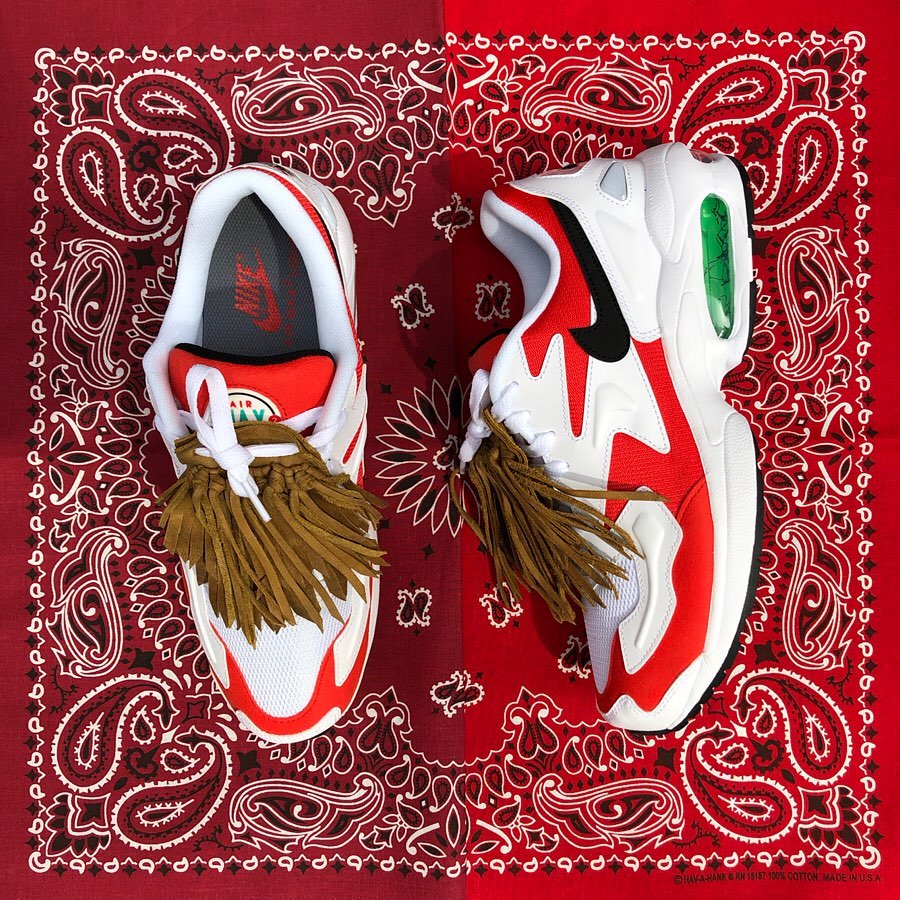 Trying to stay ahead of the menswear pack is dangerous. With every step you can trigger an anti-personnel mine of bad decision making. Suddenly you’re the knob in the giant orange sunhat. Then you’re the guy trying to bring Farah’s back. When you find yourself at a barbecue wearing a Japanese radiation suit, you know something’s gone wrong.

On the other hand, grey New Balance, APC jeans and Carhartt work jackets aren’t gonna flame-up anyone’s feed. Far enough to be interesting? Not so far that you provoke secretive cackles? Where’s the line? It can be unclear. Either way, I suspect these leather kilties are on the wrong side of it.

Just to be clear, ignore the sneakers above. It’s the kilties, that attachable/detachable, suede fringe thing we’re talking about here. Available over at Jinji in Paris, and produced by the brand RTH, they’re accessories for your shoes. They’re to be attached to sneakers, or regular leather shoes, and just worn, flapping up and down with every step, like a pair of angry Medusas.

I’ve noticed seasonal precedence for this tentacular vibe. If you haven’t already, check out these women’s sneakers from Ports 1961 over at Goodhood. Look at the mess of laces on them. They’re somewhere between ornate French patisserie and that time Monica Geller had dreadlocks.

Anyway, back to the RTH kilties. Personally I respect the frivolity and the daring, but I wouldn’t strap these on. I suspect I’d feel like I was trying too hard. If shoes come with kilties baked in, fair enough – I actually really like them. But to attach them yourself? That’s a step too fancyboy for me. But, of course, each to their own. If you dig the idea of octopusing your kicks, go for it. The truth is that there isn’t a universal line between right and wrong. The line is where you choose to draw it.