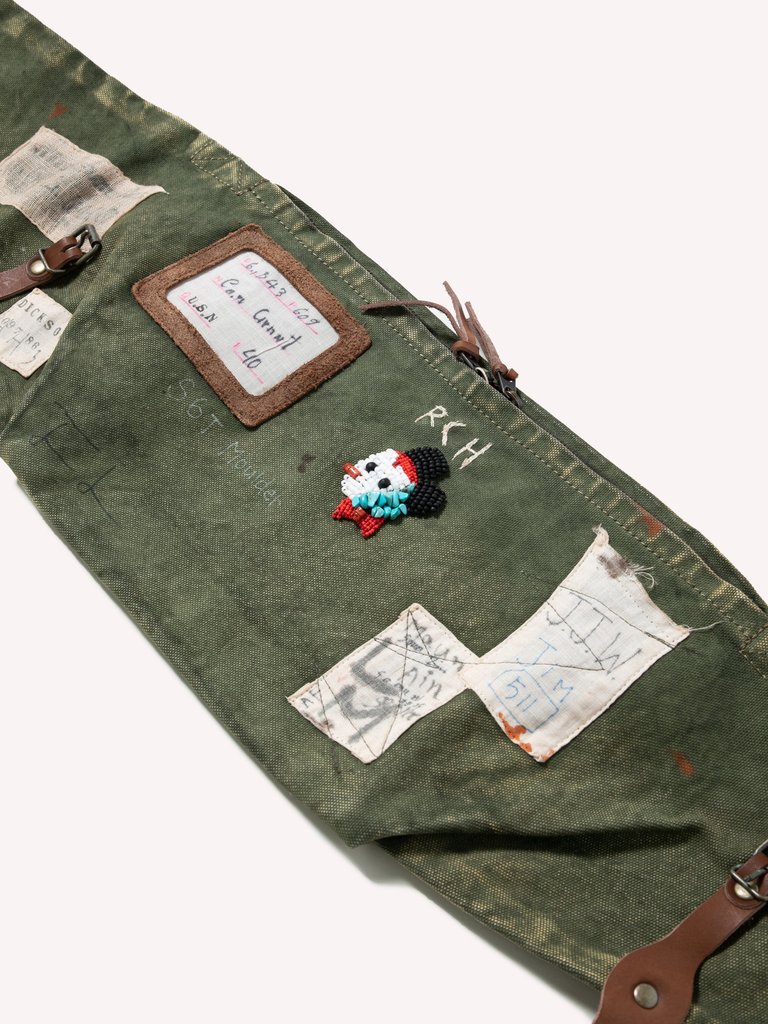 I go back and forth on the whole faux vintage thing. But you can’t knock Kapital’s prowess in the space. This waist bag looks like it’s been dug from a collapsed mine, or stolen from a Californian bum’s shopping trolley. Except it’s brand new, it just looks as though it’s already lived a thousand lives.

It’s called a ‘Snufkin Bag‘, which is a Kapital standard, it’s just this one has been put through the wringer to achieve this old-timey patina. The leather details on the straps and fasteners, have also been given an ersatz sense of wear. The unenlightened will suggest it just looks knackered. Kapital stans will argue it’s the kind of knackered you can only get for $700.

You’ll also notice a littering of sewn-on labels. Meaningless contemporary scribble or harvested from authentically old garments? I have no idea. If you made fakes this good in the art world you’d get arrested. In fashion however, copying is frequently considered a masterstroke.

I do concede that a slice of vintage (pseudo or otherwise) slung over a crisp navy fit can look entirely baller. And like most of us, I love Kapital. So if someone gave me this for free, I’d have a go on it. It’d probably be pretty useful and I dare say, my more menswear-forward friends would enviously enquire after its provenance. But I can’t, in good conscience, pay $700 for something that looks like a dead man’s denim nappy. Not right now. Perhaps not ever.