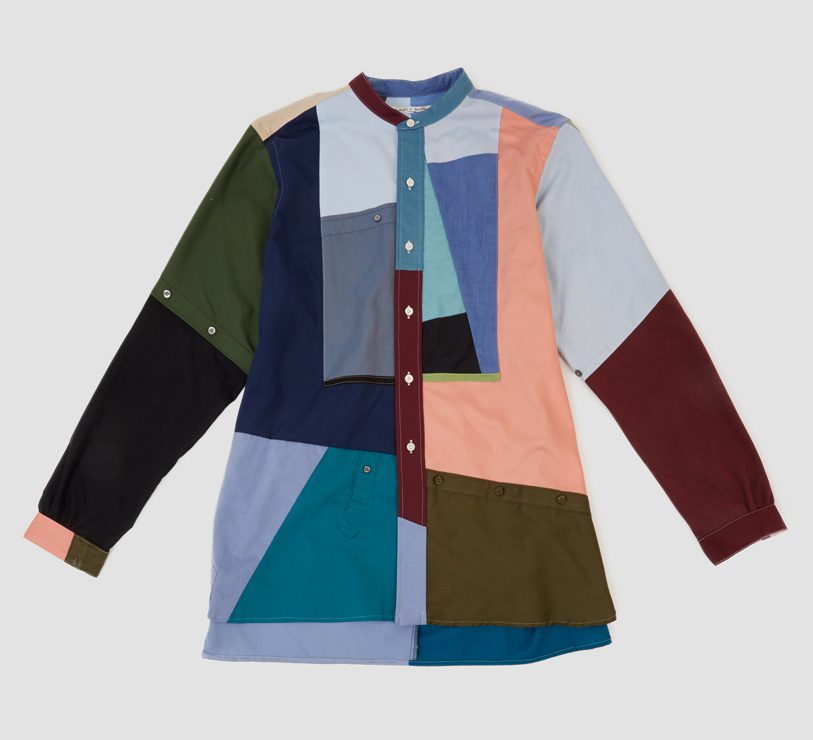 After yesterday’s patchwork denim number, the very first piece I set eyes on was this. Another patchworked-up shirt, albeit one born in the nightmares of an 18th century body snatcher.

I have to say, I sometimes wonder after the aesthetic template to which Needles founder and designer Keizo Shimizu works? Or if there even is one? To the untrained eye, this looks like The Thing halfway through assimilating a shirt. While the trained eye will pretend it doesn’t look like that at all – while secretly knowing it does. It’s a very specific vibe for only the most specific of men that’s for certain.

It’s part of the Needles Rebuild line – garments chopped and crafted from vintage pieces – and as such the different sizes are all visually different, as you’ll see from the images. If you’re looking for Japanese cool, you’ve just found it. Although, as these are sold over at Garbstore in west London, I can imagine a Downton or two getting their hands on them and wearing them in the wrong way. You know, red jeans, polka dot socks, Tods driving shoes – how fucking wacky. I’m being unkind. Truth is, I’m not sure what the ‘right way’ of wearing this shirt is?

Judging by the Needles look-book and numerous Nepenthes shoots, I’d have to propose giant balloon pants, slip-on shoes and a cartoon-massive cowboy hat. But as much as I appreciate what’s going on here, I can’t help but think I’d feel like a boxset of cocks in all that.