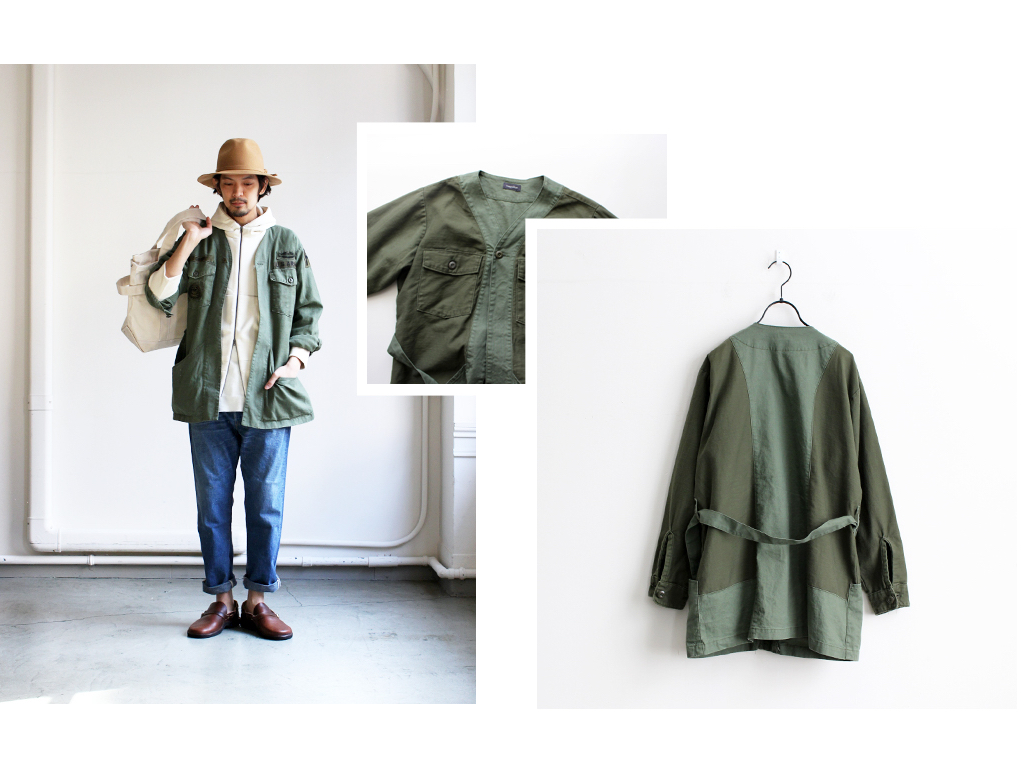 So here’s another rejig, rebuild, reconstruct of some army kit. This time it’s shirts turned into a sort of coat/gown thing. It’s familiar terrain for fans of Needles Rebuild, but this piece is by the (equally Japanese) brand Hurray Hurray and forms part of their Composition sub-line.  It’s called a gown, but to my eyes it’s not really long enough. Still, there are a couple of details that reafirm it’s gownish pretentions.

You’ll only find one button on this, at the top. Which I guess is oddly, sort of gownish. Plus, there’s a belt, like on a dressing gown, so there you go. It’s an army dressing gown. You can snare this over at Strato for a very specific £152.32 – which after titting about with a proxy service, import duty and the like, will probably be nearer £200.

So it’s not mad-pricy, but still reasonable wedge for a gown. But as with much on this site, at least you can rest assured you won’t find yourself in Weatherspoon standing next to another bro in one of these. Although don’t Weatherspoons insist that ‘shirts must be worn at all times”? Not sure about their policy on dressing gowns.