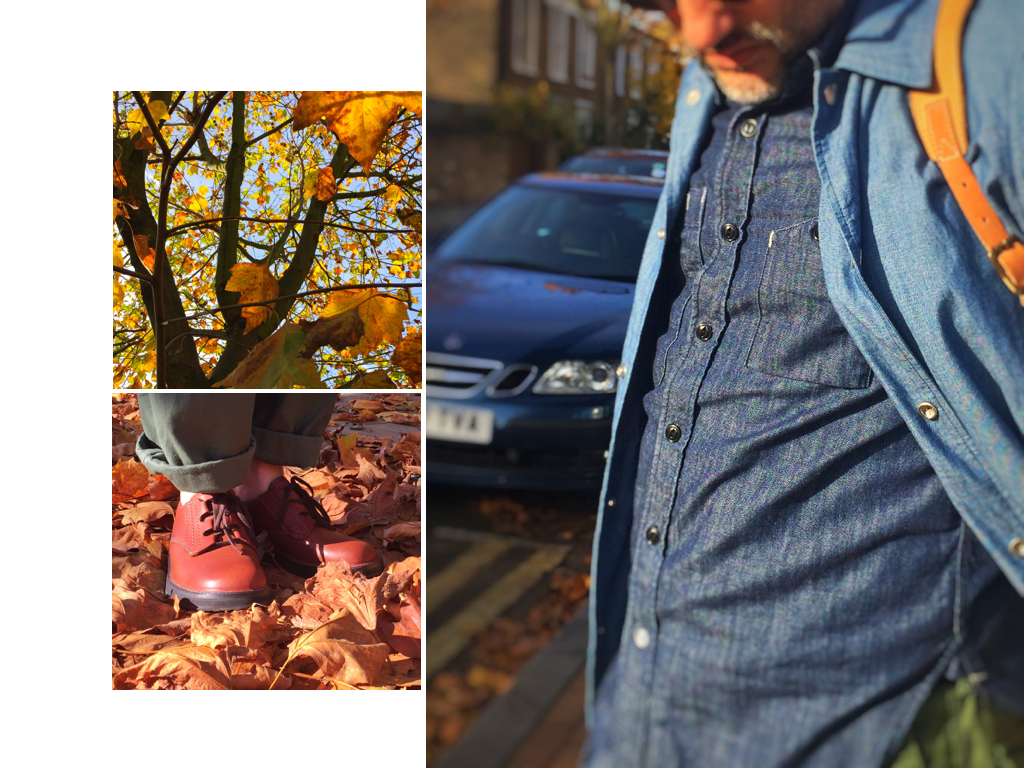 So here’s me in what they call in the fashion game, ‘an editorial’. As far as I can make out ‘an editorial’ basically comprises shots of the subject staring out of shot and squinting, a bit like they’re thinking deep thoughts. These are mixed with some close-ups of the clothes and some random pics of the surroundings tossed in. And of course, some pics can be black and white for no specific reason. If your understanding is similar to mine, you won’t be disappointed.

Check the footwear. They’re from McKinleys a New Zealand firm that produces footwear for Nepenthes in Japan. I ordered these from the Japanese Nepenthes site, using a proxy service called J-Goods. It worked out pretty easy and I’ll write a post shortly illustrating, step-by-step, the process of ordering wildly obscure coolery from the East.

I am also wearing a new Bedwin And The Heartbreakers coach jacket which I swagged more locally, for 60 quid, at last week’s Present sample sale. It’s from last Summer, press-stud fastening, draw-cord hem, nice Japanese chambray, cotton lined: something of a steal.