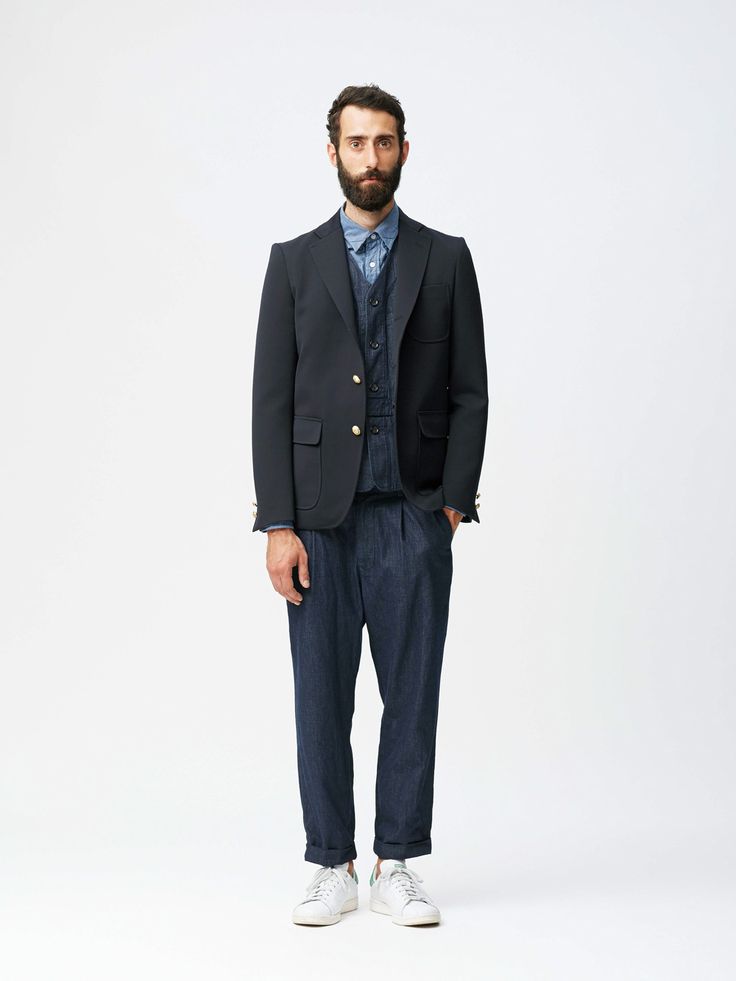 Japan seems to be full of stores like Tomorrowland. Small chains, with large stores and  a mix of own brand lines and imported interest. Like J Crew. But cool. You know, because it’s in Japan. But also because rather than just producing Ivy League basics, they’re progressing the menswear conversation with variations around layering, colour and cut.

As far as I can make out Blue Work is a Tomorrowland in-house line and after digging around on their Pintrest page, I managed to find these pics at an acceptable resolution. While far from out-there, my pick of SS15 had got some neat stylistic touches currently absent from the upper-middle market, menswear landscape in the UK.

The dude above is all about the pleated jeans – a look I’ve only seen in the UK in the progressive OTHER/Shop. The denim gilet looks mad on it too, featuring a great length and neat horizontal stitch detail.

Check out the other fits below. I’m particularly taken with the pale outerwear – the ecru and white stripe wind-cheater is a banger. While that darker green bomber jacket is just the right side of trad-army colouring to make a quiet statement. Of course, trying to buy this stuff online is the wrong side of madness. With no UK distribution, you’d have to wrestle the Japanese site into submission through trial and error. Alternatively, you could try using a proxy service. Sutocorp will, for a small charge, buy stuff from anywhere in the world and deliver it to you, avoiding the frustration of incompatible bank cards, addresses and language. Haven’t tried it myself. If you have, I’d love to know how it went.