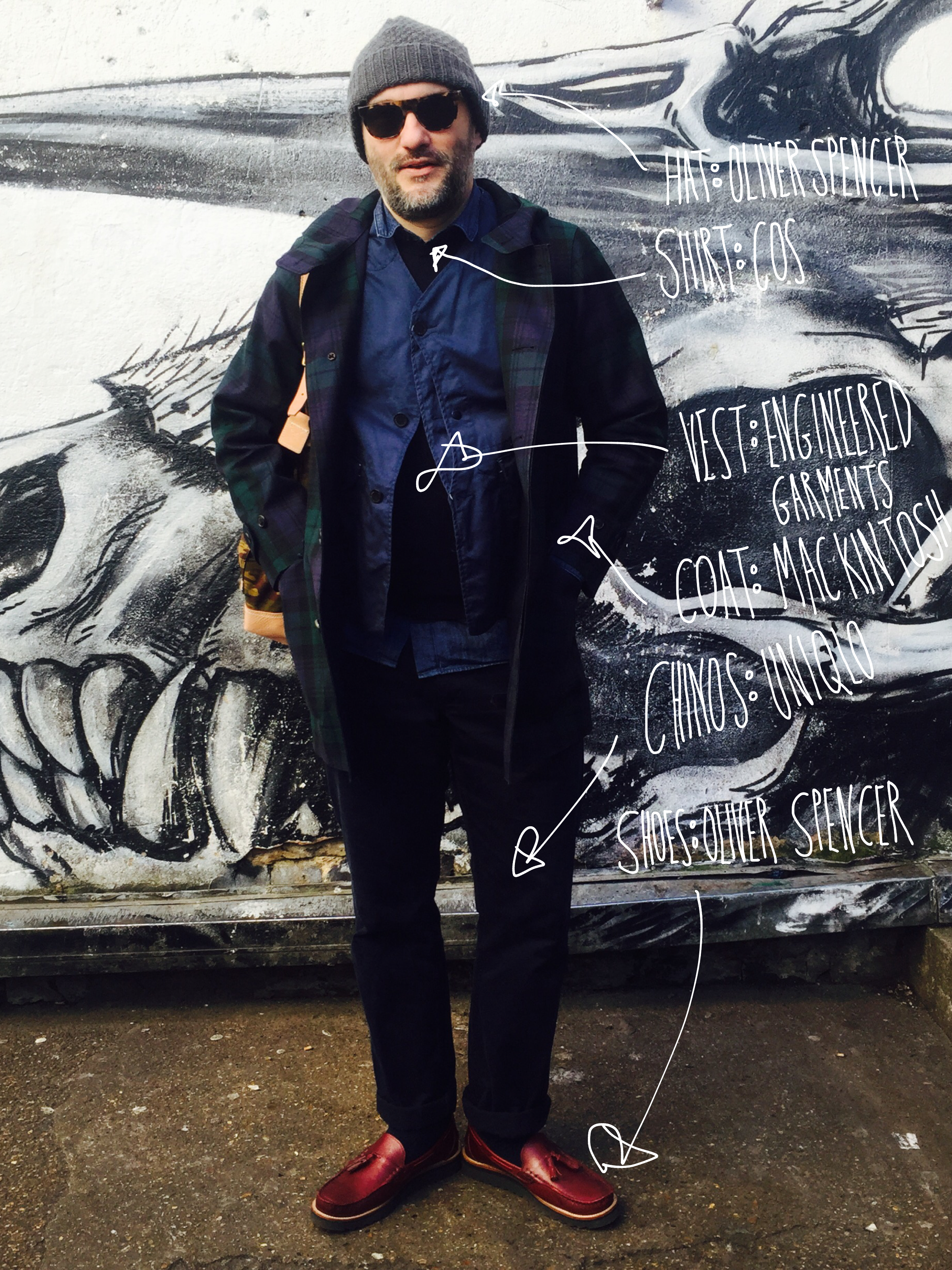 Standing next to graffiti ups your cool rating by 43%. That’s scientific fact. In fact, once you excuse the non-existence of ‘cool’,  the impossibility of measuring a notion and the lack of any credible studies that illustrate an increase in ‘cool’ while in the proximity of street artistry, I think you’ll find  my point all the more compelling. So my apologies if, while looking at the above image, you’re overcome with thoughts that I’m really very cool indeed. It’s the background. It’s messing with your mind.

I’m round the side entrance to the Bussey Building in Peckham. I went there to check out the cafe. It was closed. So I stood next to some graffiti like a plum.

As you can surmise from my get-up, I hadn’t anticipated the expedition to be so brief. I came prepared for lap-topping amongst the indie-art-house set – all withering glances, paint splattered DMs and holistic burgers. I didn’t get it. So I fucked off to Neros.

My outfit for such disappointment comprised a Mackintosh coat – still going strong a couple of years in – standard issue chinos and denim shirt and a venerable triptych of new pieces.

My newish camo Master-Piece bag totally lives up to its billing as a camo bag. It totally carries stuff. And is camo. But yeah, for the interested, it’s expertly made by Japanese craftsmen and all that pizzazz… Master-Piece luggage gets my highest recommendation.

I’m also all up in an Engineered Garments vest, or gilet as I guess some would call it. As you’d expect from the EGs, it’s got more pockets than a man with six arms – it’s got seven. A couple of them are round the back, which are useful for carrying stuff you don’t need round the front.

Anyways, thems the fits. And if you don’t think them at least 43% cool, then I guess you’ve got a pretty focused brain. I expect you’re invulnerable to Jedi mind tricks too. And Paul Daniels.