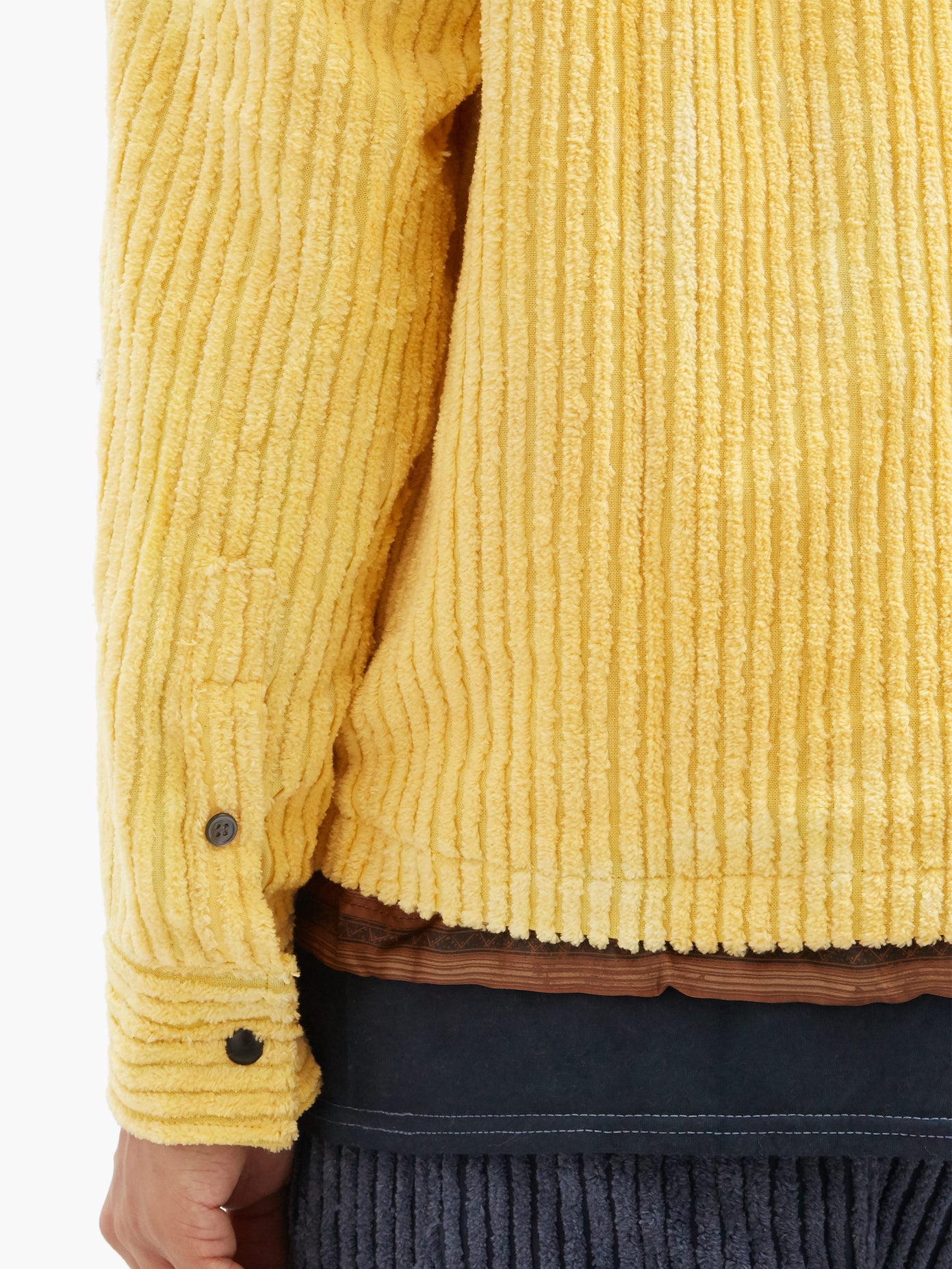 Perhaps you remember the brand Post-Imperial from the Engineered Garments collaboration last year. The powerhouse project resulted in some eye-popping pieces, as designer Niyi Okuboyejo combined his Nigerian heritage with EG standards like the Loiter jacket, the Ghurka Short and bucket hat.

I’m a bit surprised the brand hasn’t appeared at stores like The Bureau, Kafka, Garbstore and Hip Store. With its New York base, West African influences and traditional artisanal dying techniques it feels like a no brainer to me. The current collection, available at Matches, boasts some enviable tie-dye sweats in cotton-chenille and look at that corduroy… jumbo and fuzzy, seriously soft and comfortable surely.

Doubtless the vibrancy of Post-Imperial’s colour palette might frighten some, but for me it’s the opposite. A man can’t live in navy, olive and grey alone. Unless he insists on it, but where’s the fun in that? Consequently, I’ve decided that this beaming yellow over-shirt must be mine.

This reminds me of some Story MFG pieces I have  — the same broad cord, the same ever-so-slightly muted wash. But what I’m digging here are the details. Even though Matches say it features a “buttoned front”, the eagle-eyed will spy the stud fasteners. And at the hem, you’ll notice how the lining hangs lower and there’s a draw cord tucked inside. That’s the kind of killer specificity I need in my lifestyle right now.

The more I look at the Post-Imperial collection, the more I want to buy into it. I’m starting to feel their washed-out, loose-cut cords. And over on Post-Imperial’s site, could this be the ultimate bucket hat? There’s a hushed glamour to the entire collection that seems really right for now. It’s showy, but mottled; the energy comes with a whisper.

With one eye on a post-Covid landscape (come on Oxford!) this is what I want to be wearing  — the uniform of the artfully bedraggled dandy. Smart and eye-catching, but in the kind of textured and rumpled way that often confuses. I’m loving this stuff and I can’t believe I’ve been sleeping on it. I feel late to the Post-Imperial party already. I need to get involved ASAP. Before claiming to anyone who asks that I’ve been into it for years.