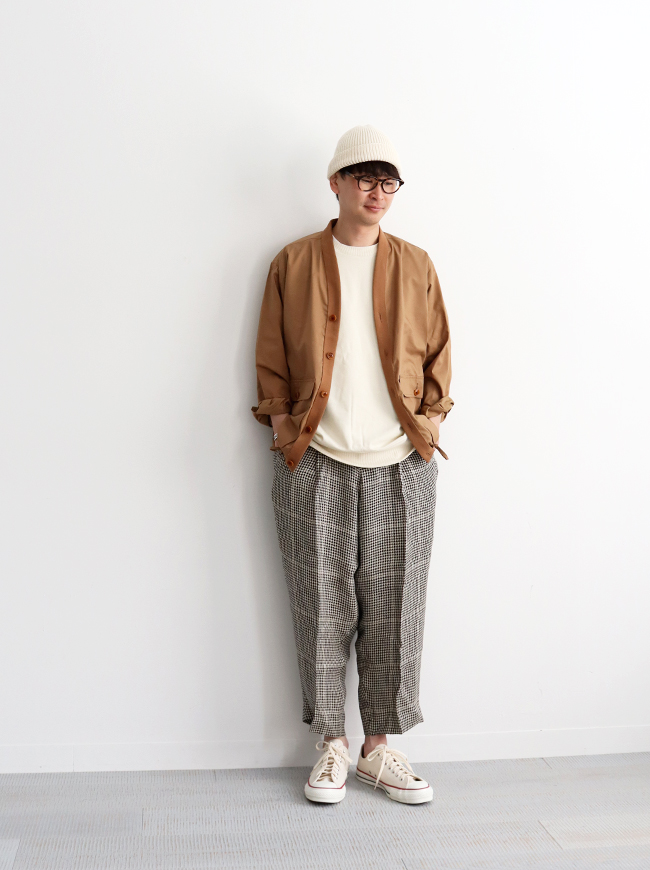 So the UK have the highest death toll in Europe. That’ll show the remoaners. We don’t need the EU to win at death. Once again we’ve proved why Her Majesty’s England knows best. Suck it Johnny Foreigner.

After such a triumph we all deserve a good sit down. Let’s pour ourselves a tall G&T, get Her Majesty’s The One Show on and snuggle up in a cosy cardie. Maybe one like this. But not this one obviously, it’s made in Japan. What have that lot ever done for us? Mission accomplished.

This cardie (not that you would ever want this actual cardie) is by Haversack. And as I say it’s a Japanese brand, so you wouldn’t want it. But you could probably buy one a bit like it from Debenhams, if they weren’t going bust.

It uses high-density typewriter cloth which tends to come from Japan. I haven’t seen typewriter cotton in John Lewis, maybe if I write them a letter they’ll get some in, made by a proper English brand like Fred Perry, if it wasn’t owned by the Japanese.

There are button up front pockets and side access pockets fastened with zips. These are ideal for transporting a gentleman’s pipe and pouch of seasonal reserve around this Her Majesty’s British Isles. I like Alfred Dunhill. They would make great pipes if they weren’t owned by the Swiss. I expect the Japanese use these pockets to carry around their snacks made of bats and badgers. That’s what got us all into this mess in the first place. Or was it the Chinese?

Good cardie this. I mean not this one. But one like it. One not as good as it, but British. I can’t wait to wear a cardie like this down to my local Wetherspoons. I hear they’re opening soon. If Tim Martin says it’s okay, that’s good enough for me. It’ll take more than something I can’t see with my own English eyes to stand between me and a pint of cheap lager and the opportunity to catch a life threatening disease.