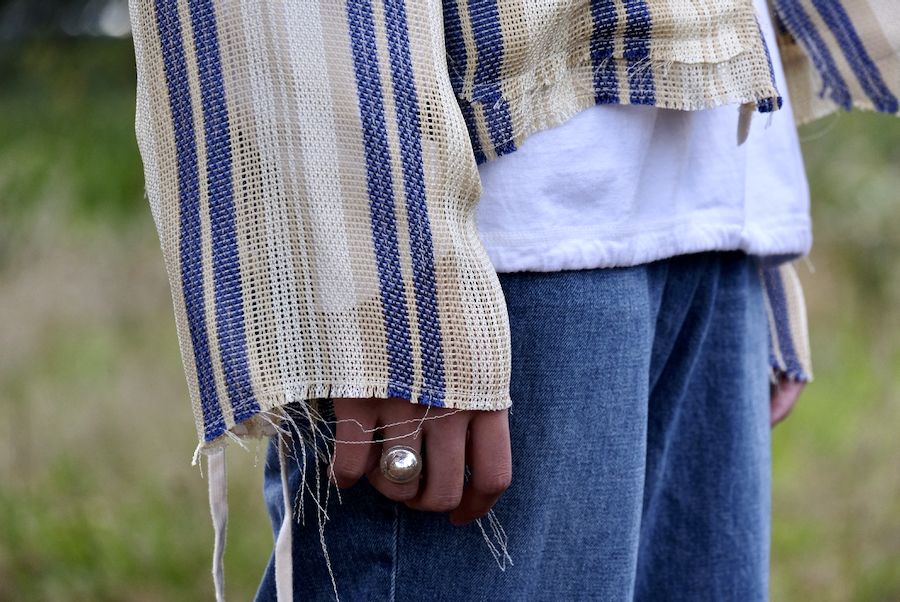 Deconstruction in fashion is a cruel mistress. For every fêted Comme des Garçons mutation, there’s another brand’s creation that looks like it was made by you, in ten minutes, with a pair of kitchen scissors. Frayed hems, unfinished button stands — you know the sort of thing.

Against a glittering 80’s backdrop of Lacroix, Fendi, Ferré et al, such dishevelment appeared radical. The stuff of artists, architects and visionaries. Of course deconstruction doesn’t pack such a punch these days. Yet it remains a familiar trope. Stylistic shorthand for avant-garde dressing and giving conventional forms of beauty the finger.

I recently noticed these shirt jackets by Japanese brand ATHA. And deconstruction barely does them justice. To me they look like they’d still carry a bacon rind smell from the kitchen scissors. There’s barely a finished edge on them. The cuffs, hem and pocket edges are raw and ragged and what’s with that button stand? It appears to be tacked on, hanging loose, a wisp of fabric buttoning across the body. The whole garment looks properly fucked. Like the wearer’s been gored by a bull.

ATHA has been running since 2018 and some of their other gear looks pretty interesting. And I must say I do enjoy how these jackets are described: “delight with various expressions depending on the silhouette of the wearer, regardless of height and height.” I know Google Translate is hardly infallible, but come on, “height and height” — classic.

I’m not saying these jackets are bad per se, but there’s deconstructed and then there’s this. They’re just so crude. If you gave one of these to Save The Children they’d toss it in the bin, yet Japanese retailer Ray Coal stands ready to relive you of £300.

I don’t consider myself a philistine, but the last time I saw someone wearing something like this they were being arrested for fighting outside a pub. Admittedly that guy was also flecked with blood and missing a shoe, but I’m pretty sure he hadn’t paid £300 for his shirt.