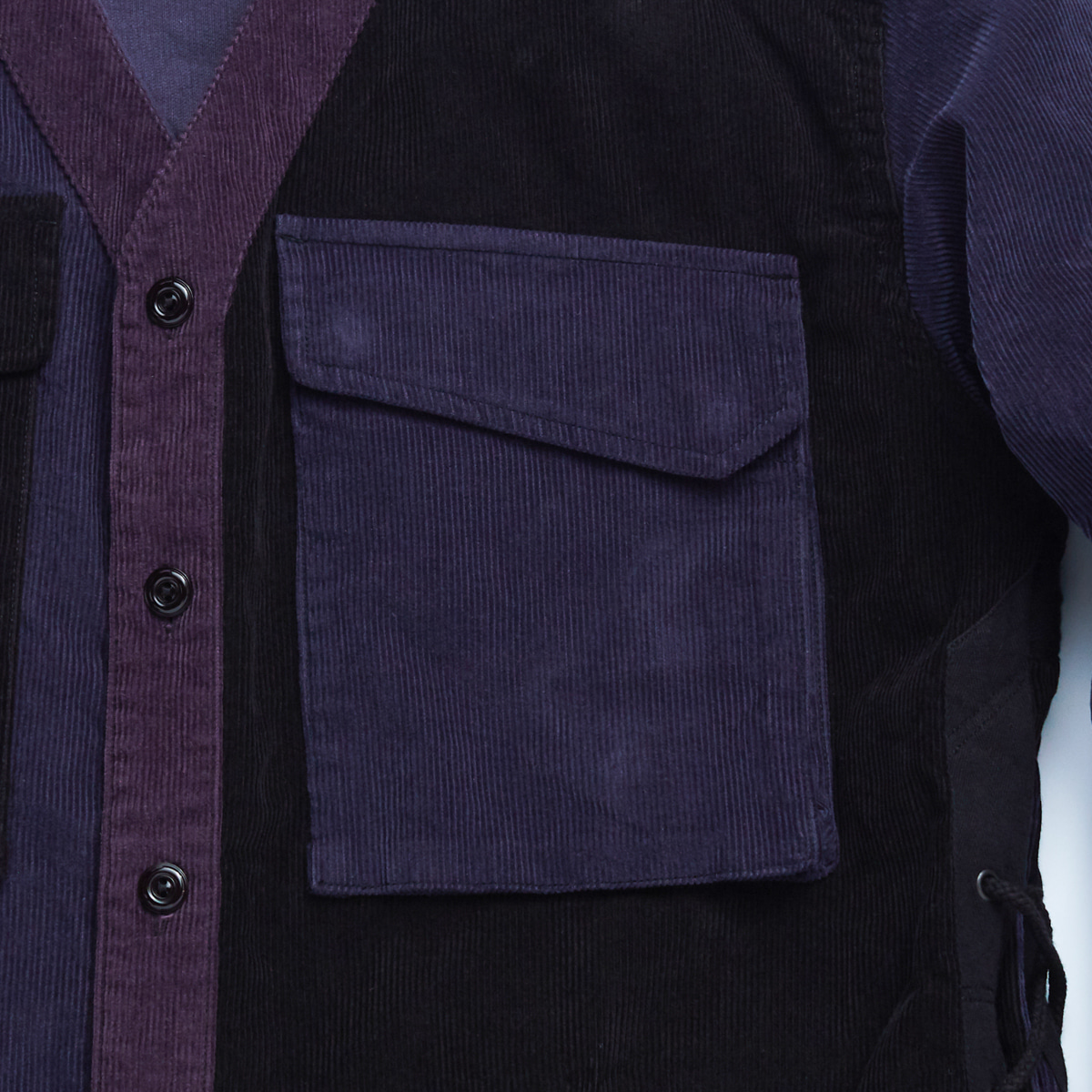 I like Eastlogue. Although not everyone seems to agree. The South Korean brand came and went within a season over at west London’s Garbstore. “It just didn’t sell”, I was told; which I suppose when you’re a shop, is probably quite key. In the UK you can still grab pieces over at Kafka and Alpha Shadows, although if you’re taken with this corduroy ‘flak shirt’ you’ll have to look further east.

It’s bang in the centre of this site’s brandeye. Detailed, interesting and unusual, without resorting to fabricated baboonery. You won’t look like a clot in this. And even if some guy thinks you do, he’s wrong. He’s wrong and he knows nothing and his girlfriend probably picks out his Diesel jeans and she wishes he wouldn’t wear those grubby Caterpillar boots and he’s dead into running half marathons and he trains all the time and isn’t giving her the attention she needs and she’s starting to think she could do better.

With three shades of blue cord in play, there’s plenty going on here to warrant a proxy service. No collar, but that’s okay. It’s sort of a cardigan, while really being a shirt. Look at the cuffs, they belong on a shirt. And look at the adjustable drawstring at the waist – that’s an entire dimension of modification to get lost in. Do you want it tighter, or a bit looser? I can barely fathom the possibilities.

As an antidote to the dull, plain and downright pedestrian shirting that takes up miles of scrollable etail space each season, this works hard. The weather’s on the turn too. And corduroy brings the cosy to such situations. It’s different, difficult to get hold of and detailed enough to capture the attention of any clued-up menswearist. Maybe even the odd restless girlfriend.