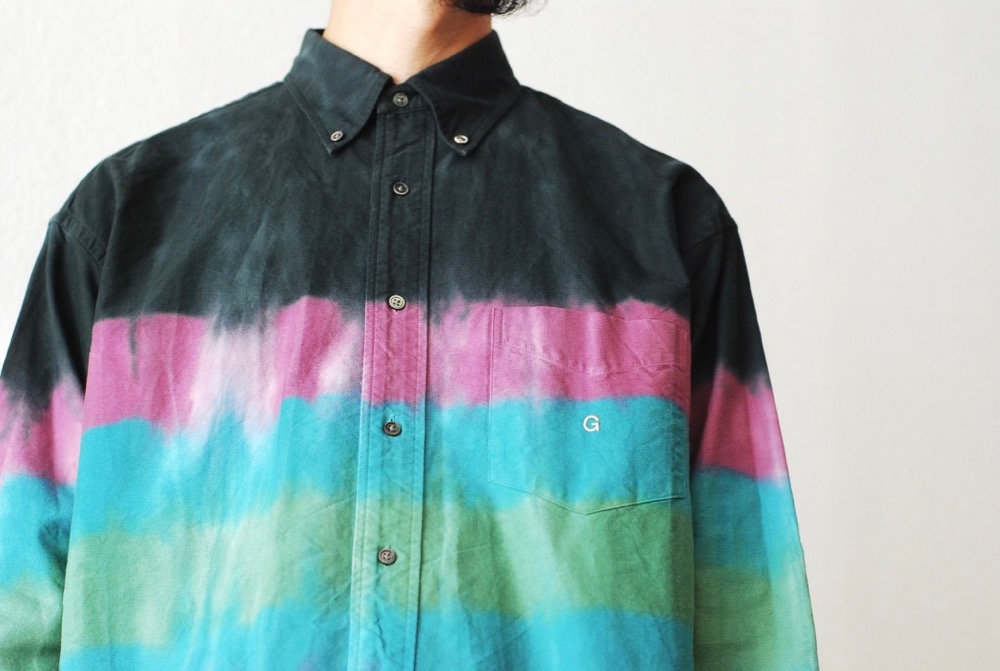 Turning our attention to power-shirting, there’s this notable example over at Digital Mountain. Seemingly the result of a collaboration between a steamroller and a bag of pick ‘n’ mix, it’s actually the combined work of brands FUTUR and Graphpaper. It’s basically an oxford cotton shirt, but, for want of a more technical term, splodged.

I think it’s hand dyed, at least that’s what Google Translate suggests. It features a boxy silohette and a button down collar and that’s about it. You’ll notice a small embroidered G on the pocket (Graphpaper) the grey colourway (not pictured) features an embroidered F (FUTUR).

Mostly I’m drawn to the Willy Wonka palette. Although it’s probably not a shirt that’ll appeal to all – arguably it verges on the ugly. But such is the nature of contemporary menswear. You either go monochrome in the misplaced belief that you look like you belong in a Monocle feature on Ukrainian architects. Or you fuck with colour, hard. I reckon that under a blazer or casual jacket this would deliver a flash of peculiarly queasy-making beauty. Sickly, saccharine and looking like an accident at Jamba Juice, maybe. But at social gatherings where everyone’s decked-out in fucking Cos, someone’s got to bring the danger.