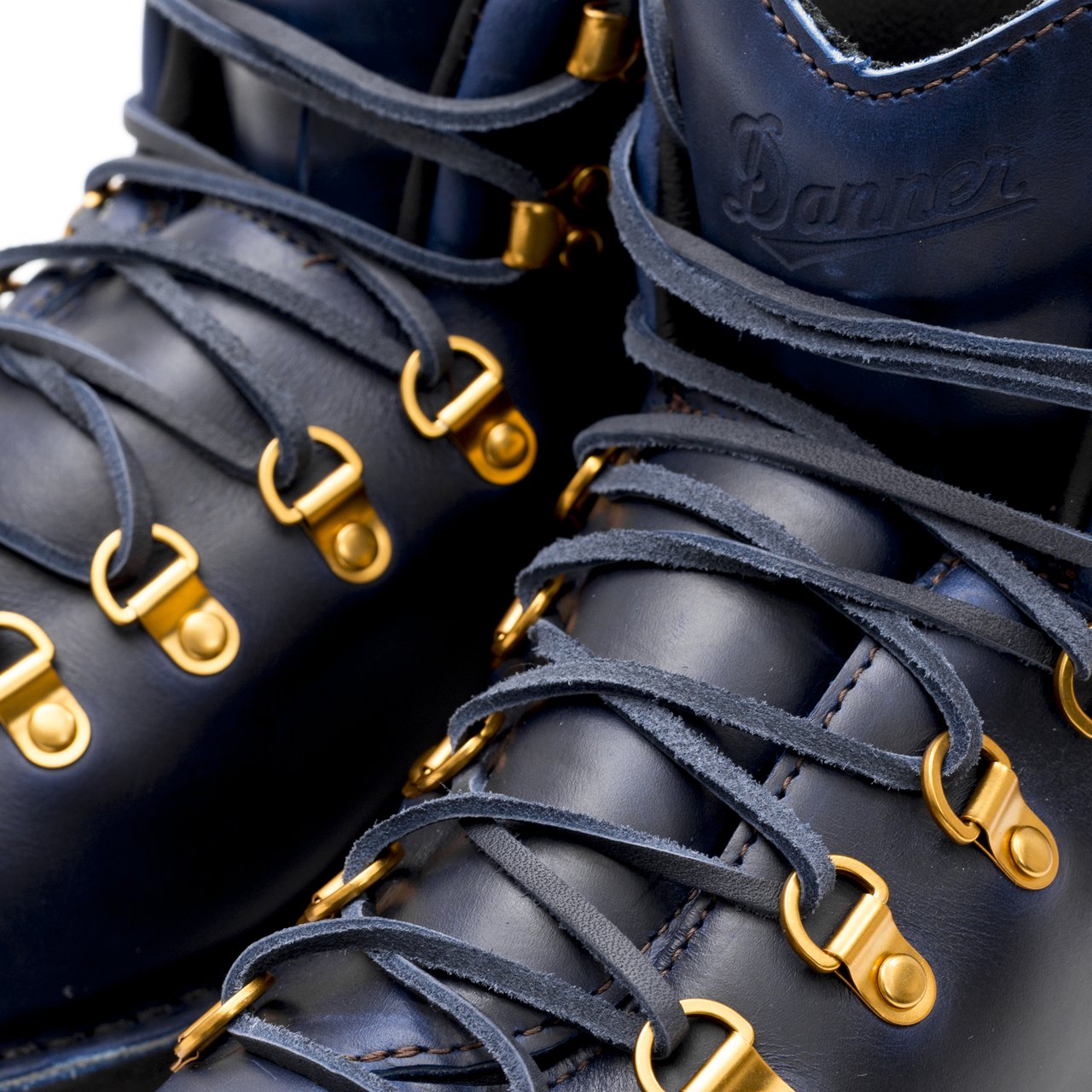 If you remember we looked at some Danner boots just a few days ago. They were a White Mountaineering colab; light grey suede, remarkable fringing detail, about a billion pounds. These boots are Danner again, this time in conjunction with Japanese menswear magazine Lightning. Much more practical than their fringed bedfellows, but still hyper-luxe and ideal for the kind of utilitarian gentlemen for whom manual labour is positively passé. And if you hadn’t noticed, they’re blue. Seriously and unashamedly blue.

I wouldn’t suggest these boots are fashionable per se, rather a mildly off-kilter version of a menswear standard. Most hiking boot styles are black, or brown, sometimes tan, this kind of bluey handsomeness is rare. It’s no surprise to discover they’re indigo dyed.

You really can’t argue with those gold D-rings either. Beaming from the dark leather like exploding stars, they’re just the right side of fancy. Super-money, without being gauche. They’re not trashy enough for a Travis Scott, but if Succession was set in the Himalayas, I can see Kieran Culkin in a pair of these.

As you can see things come correct with a Vibram Sole unit, there’s some subtle co-branding on the side and you get three pair of laces in the box. At £359 they’re a non-trivial outlay, but there are apparently only 150 pairs worldwide, so pretty exclusive stuff. The other plus is that you can actually get these in the UK, they’re over at London’s Clutch Cafe.

After the sale lull, the UK independents are now rapidly filling up with winter stock and there’s a lot of competition for your disposable. That said, a pair of boots like this will last long after this season’s psychedelic excesses have been forgotten. The more I write, the more I’m convincing myself. Just no one buy the US 10.5 okay. I’ve got a ‘family meeting’ to arrange with my girl.