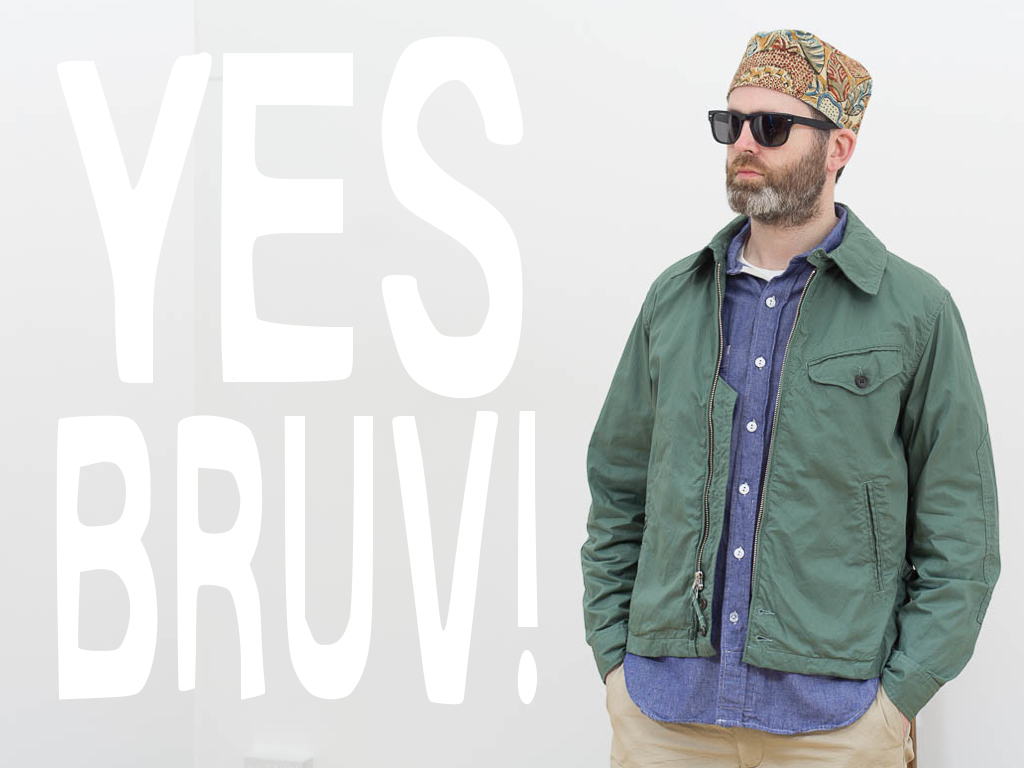 You’ve got to admire the bravado of this look. From the beard down, it’s just neat, contemporary vibing. Untucked shirt, multi-deet jacket; all present. It’s a look that might by considered unremarkable by all but the Engineered Garments connoisseur. And then you look on his head. Fuck-a-doodle-do brah, what’s with the Ghandi hat?

The SS15 Engineered Garments drops are flaming into stores and, you know, there’s the familiar bouillabaisse of crumpled cottons, vintage re-workings and daft hats. Last season it was giant felt hats. This season, berets and Ghandi hats. This hat is actually called an ‘Adrian’ for some reason, but either way, it remains, in the politest of terms, a pretty ‘specific’ look.

I like to consider myself something of a hatsman, but honestly, there’s no way I’m gonna fuck with that hat. I don’t care how dope it apparently is. I’d just look like a magic carpet salesman. The jacket on the other hand, is all sorts of wearable.

It’s a Washer Twill Driver Jacket and as usual I get inappropriately excited by the pockets on the back. Utterly purposeless. You’d snap a wrist trying to extricate your travel card from them. But design-wise, that shit’s on fire.

There’s the mandatory two–way front zip on this thing too. So you can just zip it up at the top and let the bottom just hang open. Everyone’s doing it apparently. There you go. Now you look like a guy who waves his arms around in the background of a hip-hop video. Or just a bloke who can’t zip his jacket over his bouncy beer guts. Either way, winner.