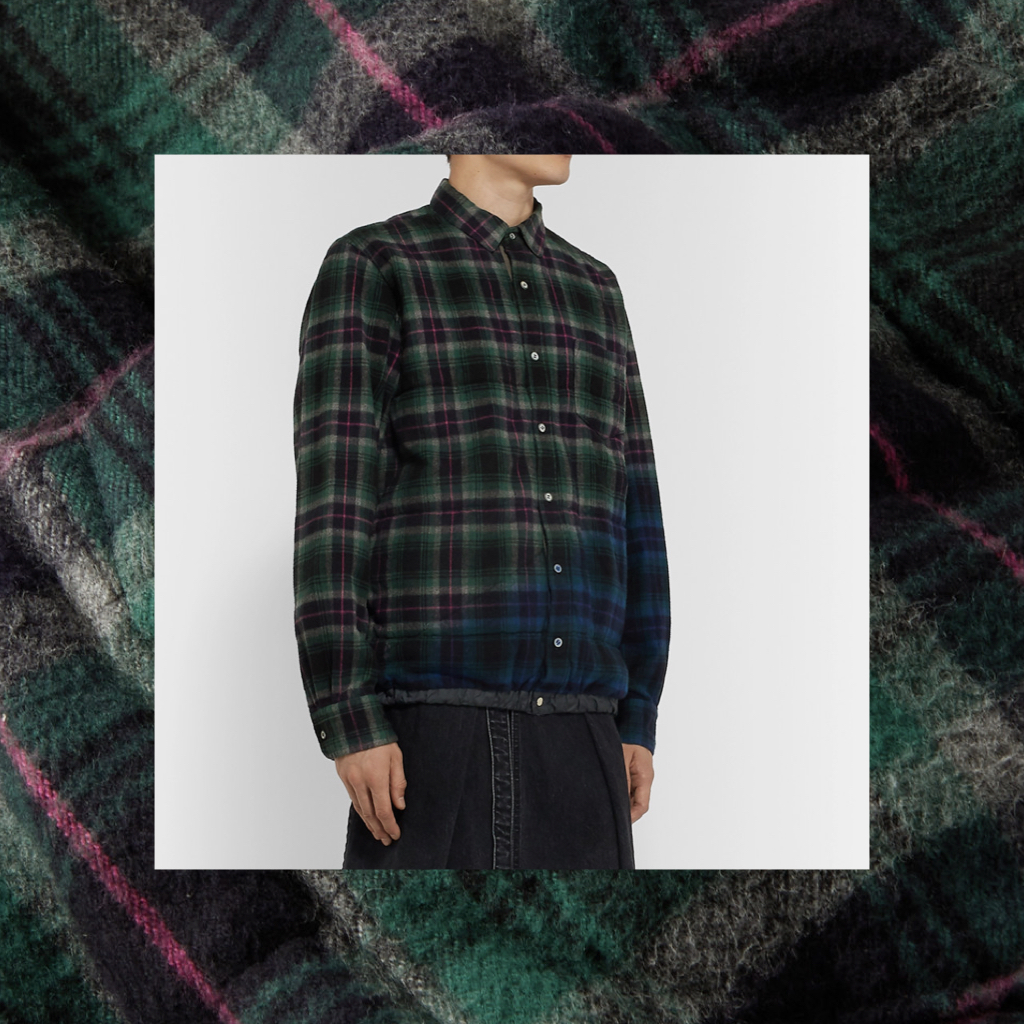 Owning a Sacai shirt is a rare luxury. I’ve been fortunate enough to take advantage of considerable sale reductions on a couple of occasions. However just straight-up buying a full price Sacai shirt remains beyond me. I mean, theoretically I could buy this, but my marriage would be toast, which is also all I’d have left to eat for the month.

The plaid shirt is something of an off-duty Hollywood staple. Ryan Reynolds and Jonah Hill are often spotting in them trying hard not to look like they’re worth a squillion gold pennies. But this shirt is a different beast; its certainly no thrift store, salt-of-the-earth masquerade.

And yet, in a way, it’s doing the same job: pretending to be something it’s not. It looks like someone once donated an old Urban Outfitters shirt to charity and it’s now worn by a psychopath in a high security hospital who’s just raided the stationary cupboard and is currently gnawing his way through a box of Bics. That’s what it looks like. And the price of this particular look? £675. Yep, that’s a 6, a 7 and a 5. For a cotton/poly shirt. Some might call that stealth luxury. I prefer pretend poverty.

Such nonsense all said, if your aesthetics are tuned just so, it’s quite a beautiful thing. The USP of your average Sacai shirt is the drawstring hem, which is present and correct here. Although I do find the length of Sacai’s shirts means the hem hangs a little low. So much so as to render the drawstring hem more ornamental than practically useful. But anyway, as I say, I can’t afford Sacai prices. I’m obviously not part of their key demographic. Presumably they prefer their psychopaths to be longer in the body.