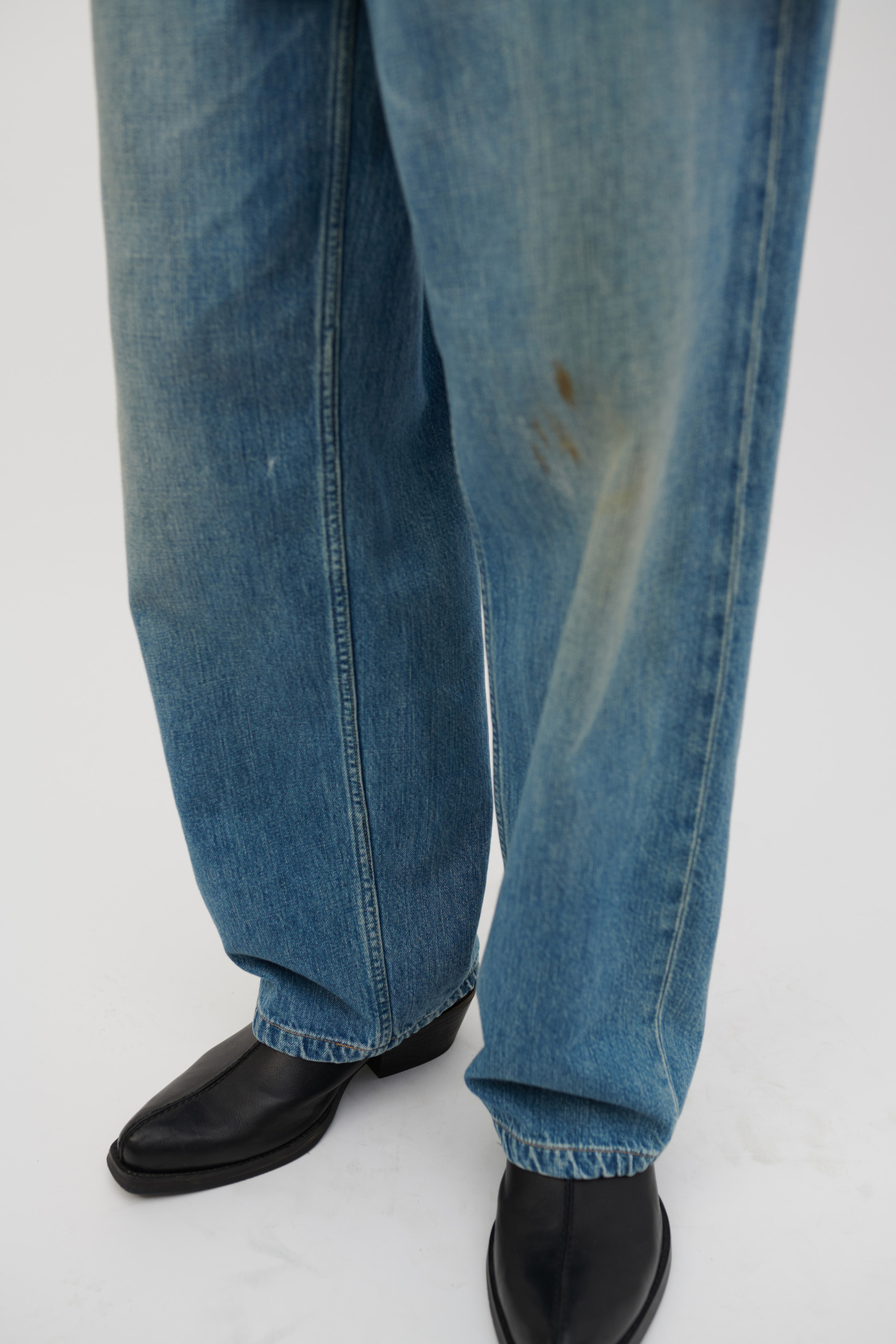 These washed-out jeans could be a move for the summer. It’s pleasing to see this tone of denim made into something other than muscle-strangling Love Island-wear. Feel the girth. These are chunky cut, in fact they’re appropriately called, “vast wide-leg jeans.” I dunno whether I’d go so far as ‘vast’; they’re hardly in the same universe as a pair of Needles H.D pants. But for Swedish jeans, I guess they’re pretty radical.

It’s the combination of wash and cut that get these over the line. Wide-cut jeans tend to be darker, frequently pristine unwashed raw denim. While these have evidently lived amongst San Francisco’s Tenderloin district, battled with substance abuse and currently make a living drumming on dustbins and old margarine tubs.

The denim is Italian apparently, and while I have no evidence for this, I’ll suggest they’ve been treated with flicking paintbrush and a thorough rub on the inside of some heavily worn underpants. Corrupted and besmirched by something or other they may be, but I can really see these working. I’d roll them up a little, creating some acreage between hem and shoe and I’d toss on a loosely buttoned shirt, worn over a tee and a bucket hat the size of a Fiat Panda.

If you’re feeling the controversy of boil-washed big jeans and just happen to be a size 36 waist, head over to Mr Porter and you can swag these in the sale for a peculiarly exact £130.01. If you’re, how can I put this… thinner, then you’ll want to keep refreshing Our Legacy, where at time of writing they’re still un-discounted from their original £325.