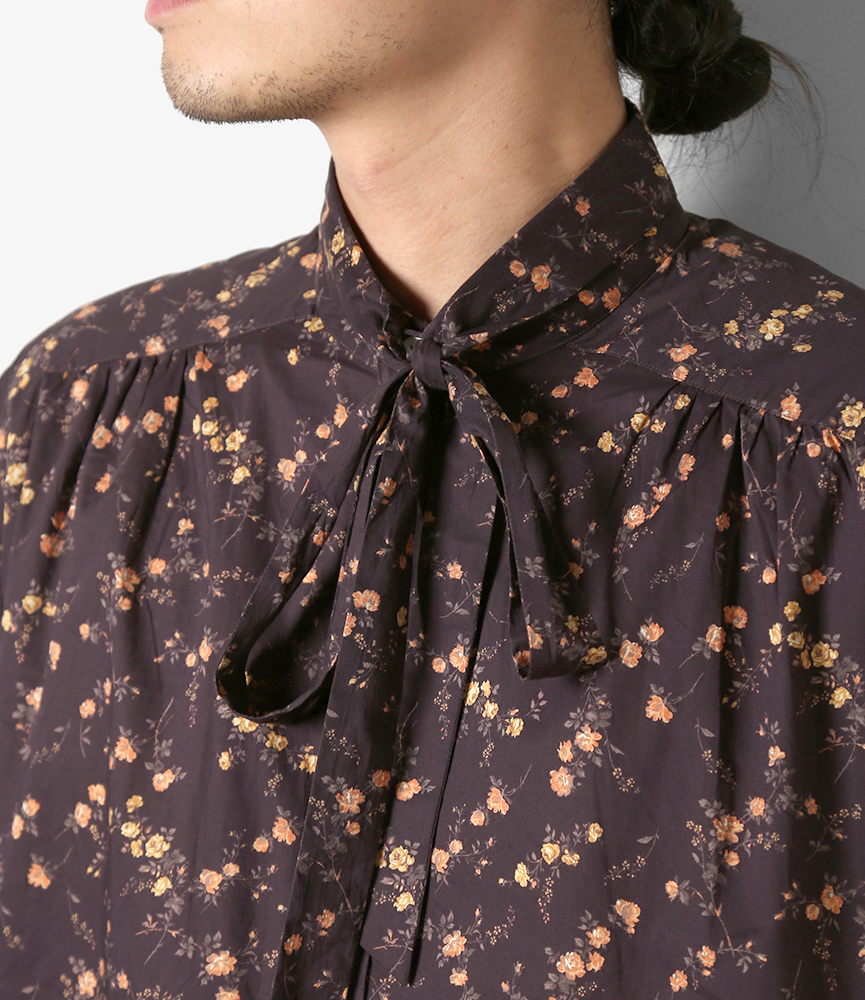 Pieces like this shirt from Needles are soon going to be a hell of a lot easier for Londoners to nab. As you’ve perhaps heard, Nepenthes is opening in Euston (in the first quarter of the year if the rumours are accurate) which means, as well as a comprehensive selection of Engineered Garments, we can assume Needles will have a big presence; alongside the more niche South2 West8, AiE and RANDT lines.

Needles is of course an acquired taste. And while the label always produces its reliably wearable Arrow Jacket and ghillie sneakers, there is always much in each collection to challenge the more risqué clothesman. This shirt is a prime example.

This is called an Ascot Collar shirt. And you’ll see the collar actually extends on both sides, so you’ve got two dangling lengths of fabric, the intention being that you tie them up in a fancy bow at the neck. Just to be clear, this is not a new thing. Traditionally an Ascot is considered a more casual cravat. They’re typically worn with a small cut-away collar at daytime high-society events; horse racing, and whatever else plummy top-hatted Tobys get up to when they’re not working for a living. Point is, Needles head Keizo Shimizu is basically filching style pointers from the aristocracy and re-packaging them to the street; needless to say, someone, somewhere will be wearing this with Supreme joggers and A-Cold-Wall sneakers.

As much as I enjoy Needles output, personally a self-patterned bow and shirt combo is a step over the line. After watching The Favourite and seeing the bewigged 18th century dandies covered in powder and preening on about looking, “pretty”, my appetite for fancy-boy neckwear has taken a hit. There’s also definitely something struggling-70s-rock-star about this shirt (particularly in this florid Liberty print) again, not a look I’m pursuing right now.

Still, some bros, more daring than I, will doubtless make this work. I’ll stick with the other Needles output. Except for the joggers obviously. I’m not a lemming.