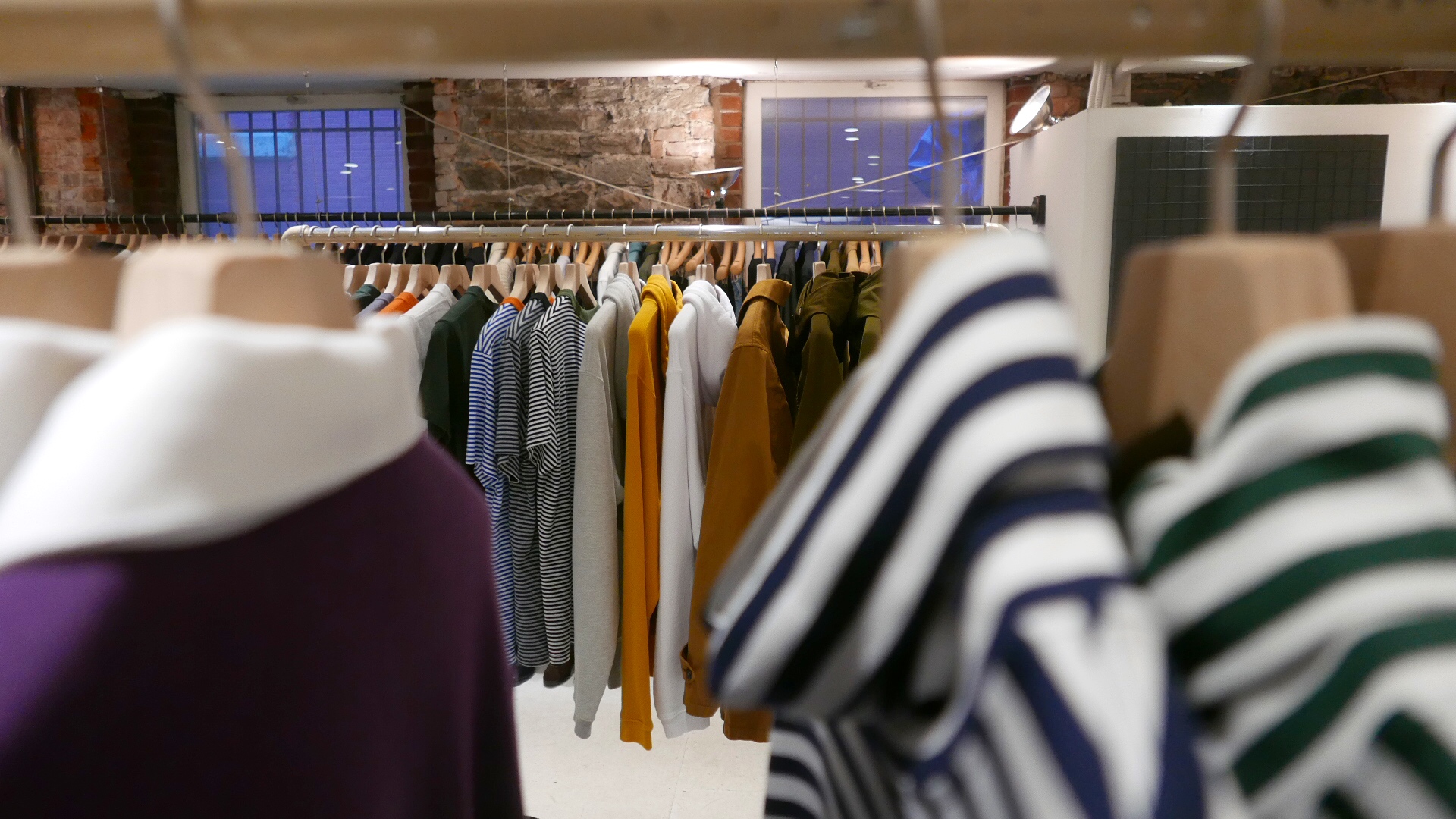 I was in New York last week, with just enough time to check out a few stores. Seeing Engineered Garments, Needles and South2 West8 en masse over at Nepenthes is always a pleasure: one Londoners will enjoy when our own outlet opens early next year.

For the first time I was able to visit Soho’s Blue in Green (which I’ll cover soon) as well as C’H’C’M’, the subject of today’s post.

With an inconspicuous entrance tucked away at 2 Bond Street, C’H’C’M’ is might be small, but it boasts a notable selection of international brands. In the mix you’ll find the familiar: Nanamica, Margaret Howell, Norse Projects, Wild Bunch, Adsum; but also a number of oddities, difficult to find elsewhere.

There’s corduroy suiting by S.K. Manor Hill (helmed by ex-Engineered Garments staffer Dominic Sondag) as well as pieces by Paa, a New York City brand that gets little play over here in the UK.

C’H’C’M’ also carry Agent sneakers, which we looked at a couple of days ago. Most interesting however are the range of ERKN shoes. The brand is based in London and manufactured in Italy, yet there are seemingly no UK stockists. You can get them in Japan, Canada and the US, but not the UK – seems bizarro. The range is simple; Paraboot-like style; chunky EVA sole; spilt toe stitching; four eyelets. If you’re looking for a Paraboot style shoe, but don’t particularly want the little Paraboot tag screwing with your silhouette you’re onto a winner.

Full disclosure, I bought a pair of ERKNs. Eventually. After swiping my card and seemingly alerting the HSBC fraud police to my perfectly innocent trip out of the country, I ended up pacing up and down outside the store, on the phone, for about an hour, trying to convince my bank that I was who I say I am and yes, I wanted to buy a pair of interesting shoes from an niche menswear retailer. Throughout my ordeal the British owner Sweetu was incredibly accommodating. Highest recommendation to C’H’C’M’. Drop in when you’re in NYC.