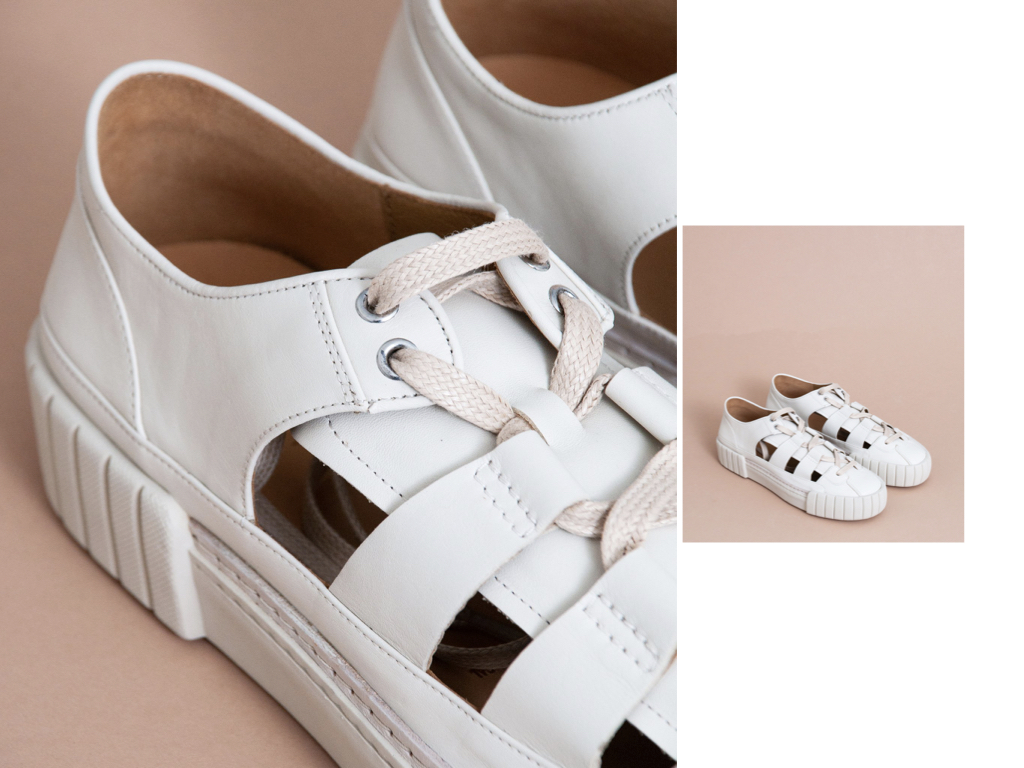 New York label Agent launched earlier this year. They offer clothing and, as you can see, an interesting line in sneakers. I was in NYC this week and saw the footwear over at indie retailer C’H’C’M’ (store report coming soon). It’s impressive. The range features a chunky sole unit, with stylistic echos of Primury’s DYO, while advancing a real sense of opulence. At £500 a pair you’d expect that. But seriously, if you want your neutral sneaker game to stand apart from the Common Projects crowd, you could do a lot worse.

This style is the stand out. And yes, it’s again with the 80s references. For me, this cut-away approach always brings to mind Robert Downey Jr’s Julian in the film adaptation of Less Than Zero. He wears a pair of notable, sandal-shoe type things, which depending on your personal taste, are either cringingly effeminate, or ideal coke-smashed party wear. It’s all about, “subculture classics”, at Agent, so this 80s referencing makes sense. Though from a tediously practical sense (in the soggy UK especially) you’ll run the risk of getting damp socks.

I certainly wouldn’t wear these without socks though – in life a man’s feet are best viewed briefly, and then only by their owner in the shower. But what socks? Plain dark socks would contrast pretty strongly. While white would look like you’re trying hard to match. I’m thinking pale grey; modernist and minimal. I suspect Jil Sander would agree.