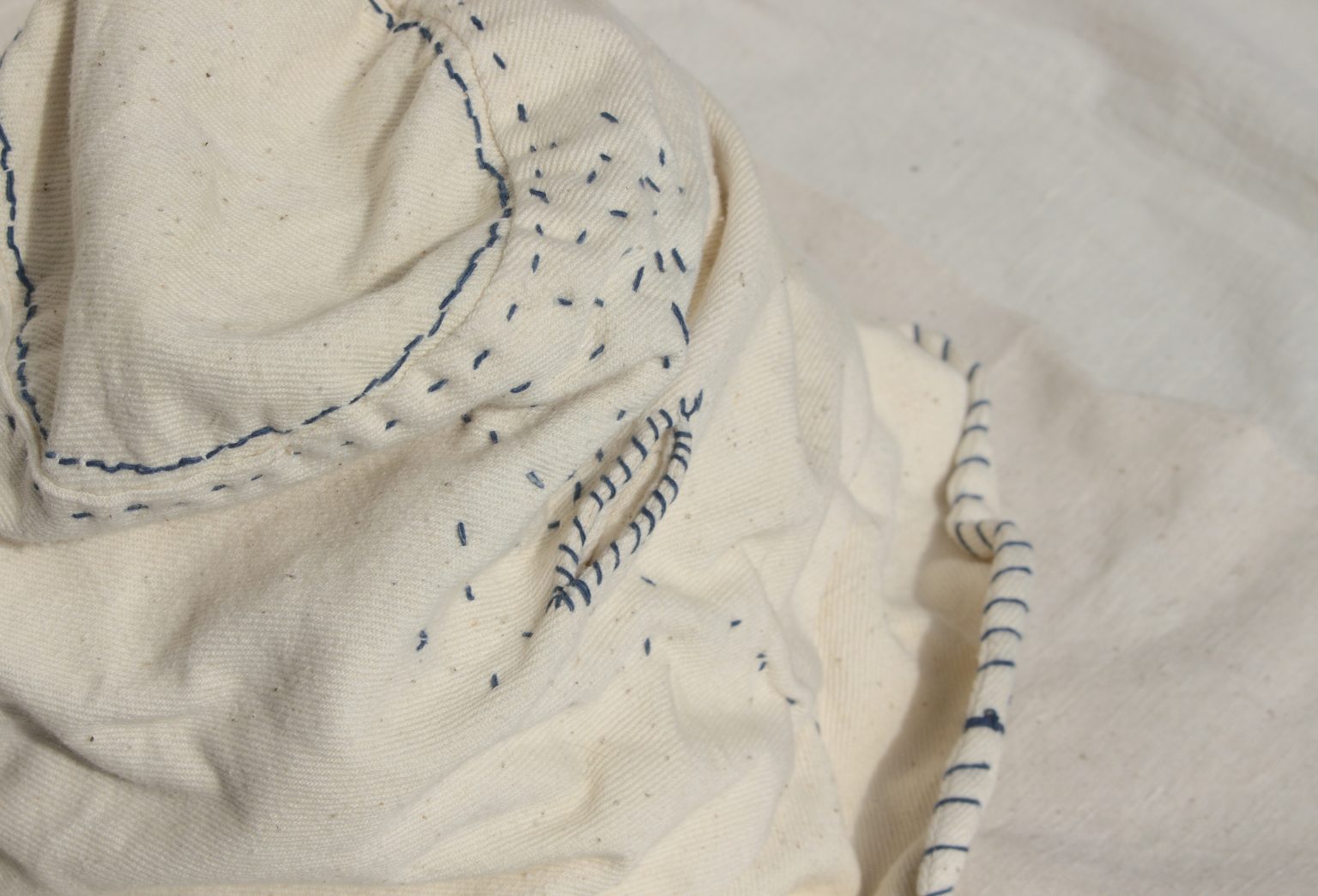 Why do so many people think hats don’t suit them? It seems that for many, the simple act of wearing a hat is a big challenge. Believing that hats simply don’t ‘suit’ (whatever that means) is a common act of self-delusion. The thing is, if you wear hats, you get used to hats and come to believe they suit you. If you don’t, you don’t. It’s as simple as that.

But if there’s one thing left that unites the human race, it’s that we’ve all got heads. And in virtually 100% of cases, they’ve got a top bit which will fit a hat nicely.

Of course, there are hats and there are hats, and today we’re exploring the latter. The Haat-ery is finally open for business, offering an unapologetically unique approach to millinery. These are not your standard hats. Yes, they’re challenging, confusing even. But if you’re a committed hat wearer and ready to explore options outside a Norse Projects beanie, you’re in the right place.

This style is the ‘Forage.’ It looks like something that’s fallen off an alien squid. Weirdly amorphous, mildly scary, it’s the kind of piece that’ll require some kneading and tweaking to produce a satisfying silhouette. Haat-ery are more than aware of this, pointing out that while it can be “worn quite tall”, it can also, “be flattened to be more fitting to the head.” Anyone who’s experienced Engineered Garments notoriously difficult bucket hats will relate. The balance between painful self-consciousness and sartorial superstar has never been easy.

Somewhere between an Imperial Snow Trooper and Sydney Opera House there’s the ‘Trek‘. It’s a more structure style featuring a notable double brim. It looks like a toddler’s drawing of a hat that’s gone a bit wrong and is all the better for it.

The undyed, handwoven Khadi cotton and indigo thread used in both styles is beautiful. You can expect a little beed from the indigo over time, through wear and washing, which will add further character and individuality (as though any were needed.)

Of course, behind the apparent weirdness are backstories worthy of Seinfeld’s J. Peterman catalogue. Over on the Haat-ery site you can hear tell of ‘European explorers of the late 19th and early 20th century’ and old farmer’s hats discovered in French flea markets. There is, just to be clear, no mention of Imperial Snow Troopers.

You’ll also learn of Haat-ery’s commitment to sustainability and their support of Indian fabric manufacturers.

These pieces are difficult and certainly unusual. But they have a rich, handmade appeal, landing somewhere between art and craft. There is a real artistry of imperfection at work here. One that offers a distinct response to homogenised conveyor belt attire.

Certainly the shapes may prove a challenge at first. But is it not similar to the hurdle you took to become a hat wearer in the first place?