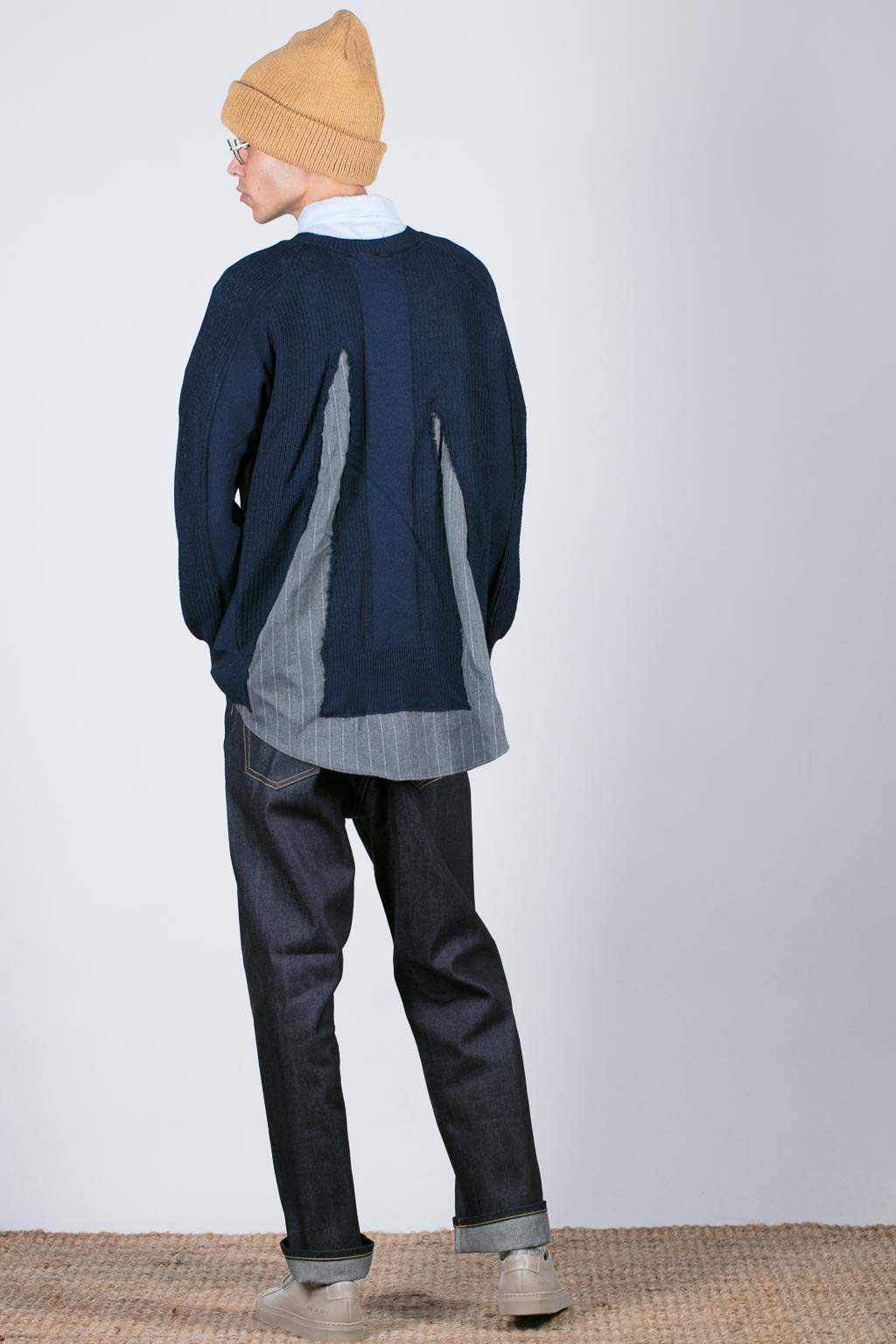 Like a mullet, this sweater is business up front and a party round the back. Viewed from the front, it’s a standard looking navy crew-neck, albeit with some neat weave detail around the upper arms. From the rear it looks like you had a boxing match with a JCB.

Called a, “re-make design”, over at retailer Blue Button Shop, this Digawel sweater is certainly a tale of two halves. One half presentable and conservative, the other a shredded shambles; shredded in the name of artfulness no doubt, but a shambles nonetheless.

Thing is, I do like a shambles. I like things that look a little unfinished, or occasionally asymmetrical. But this sweater really goes for it. With a jacket over the top normality would prevail, but slip that jacket off and suddenly you’re a confusing avant-gardist. You’re the guy with a mind full Nietzsche crib notes and an unrestrained sense of intellectual superiority. You’re the guy people avoid at the buffet. And of course let’s not forget that to most eyes, this level of unusual is downright ugly. This sweater is basically Batman’s nemesis Two-Face. Only made of wool. And with two fewer faces.

The navy teamed with the striped grey fabric works well, it’s just those massive wonky crude rips. I really want to like it (and at £401 you’d need to) but I’m struggling to imagine an environment where this would be the best thing to wear. I’m probably insufficiently avant-garde for this. Maybe I need to develop more of an edge. Right now I think I’d feel like a dick striding into Nando’s for a Wing Roulette in this.