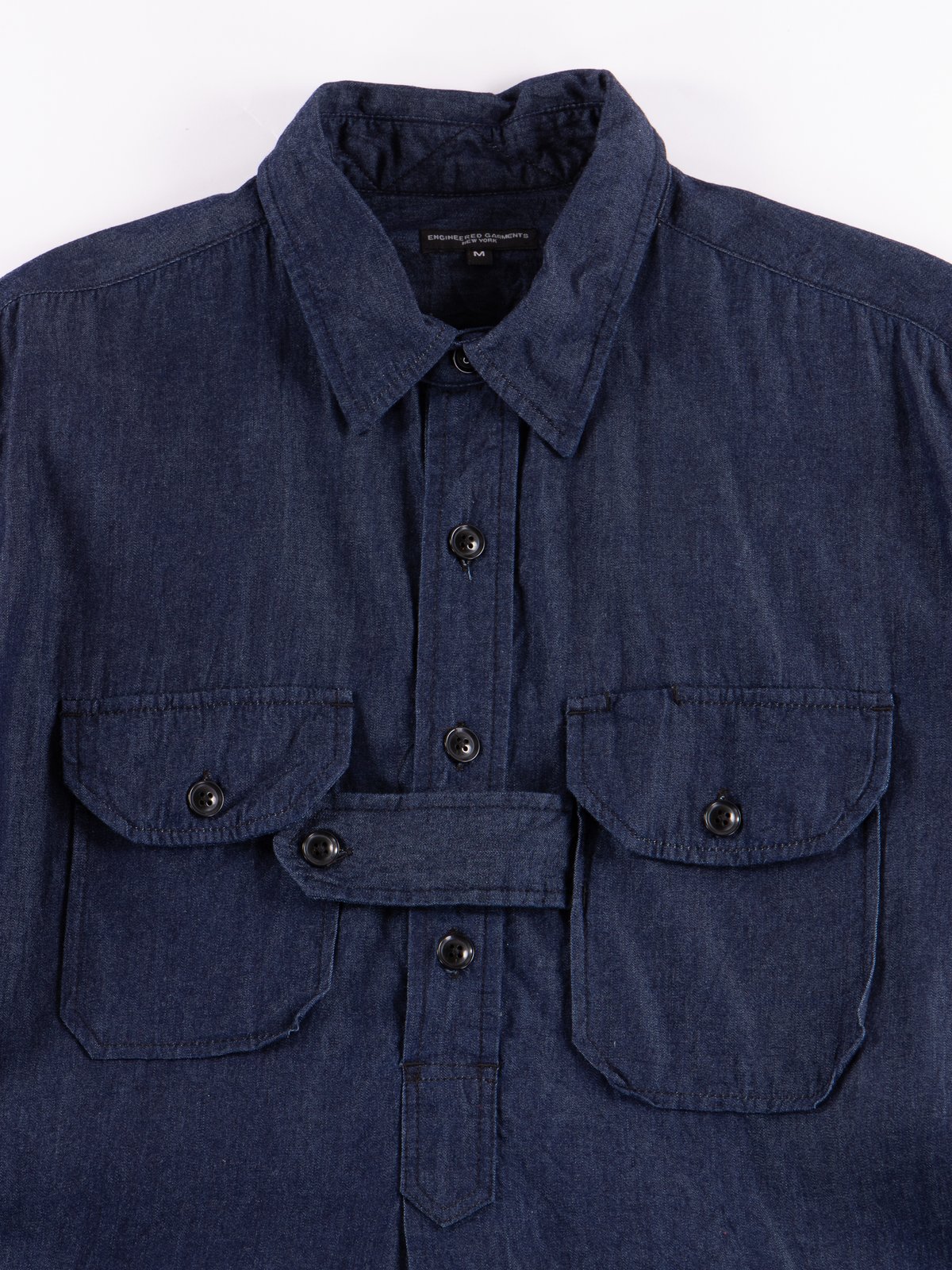 Simultaneously remarkable and unremarkable, you’ll have seen Engineered Garments shirts like this a number of times. Constructed in NYC’s Garment District, with an attention to detail that’s specifically EG, it’s a beautiful, elevated-basic of the kind most serious menswearmen already own. You could say there is little fresh to see here. Although that buttoned tab, running from pocket to pocket, has me thinking.

Recently I’ve seen this tab styled as a kind of tie clip, tie running behind it, safely buttoned into position. Historically of course, that’s what such tabs were for. But today, the wearing of ties is infrequent. Even bankers and politicians go sans-tie, in the misguided belief that it’ll make them appear more relatable. And besides, you’re hardly going to get a  J. P. Morgan hedge funder in an EG denim shirt. Still, I like this detail. Not as an extraneous, what’s-that-for triviality. But as a functional tie holder; thick, utilitarian and deliberate.

Naturally this shirt has other virtues. It’s in a pleasing indigo 4.5oz denim, features chest and side pockets and runs long, enabling ‘layer play’ of the sort common to Nepenthes look-books. For me though, this is a shirt to wear to a relaxed wedding – assuming you can get the tails of the thing tucked into your trousers without looking like you suffer from some kind of pelvic growth. I’d then wear a tie, tucked under that tab. And a blazer over the top. You’d look smart, but relaxed, like you are doing a tie your way. Like ties are usually for bores, but when called upon, you can roll with one differently. Like others deal in finance, while you measure success through feeling. And crucially, and entirely contrary to the truth of the matter, like you haven’t overthought it.