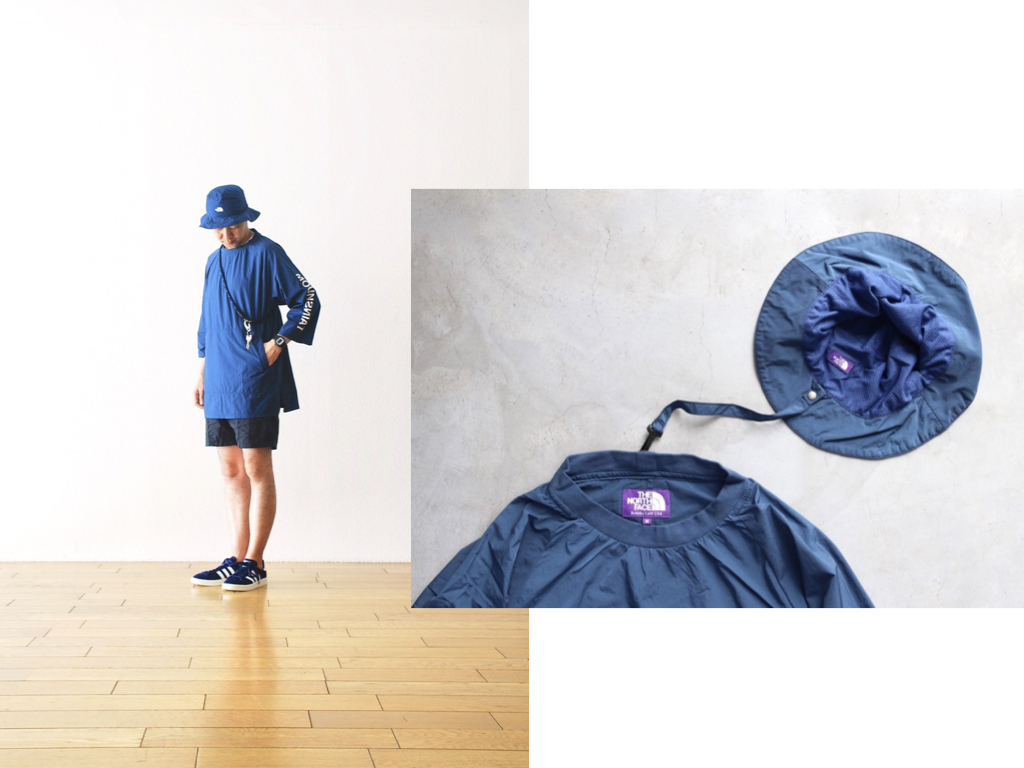 You are then in the unenviable position of either:

The first option will lead to stress related illnesses. The second option will make you look like an intolerable twat.

It’s probably sensible for everyone concerned if any purchases you make from The North Face Purple Label look a bit different from the regular range in the first place. Which leads us to this top and hat combo.

To my knowledge there is nothing approaching this level of nonsense in the regular North Face line. Consequently, you should buy it immediately. It’s called the, ‘Mountain Wind Anorak With Hat’ and as you will see, it comprises a sort of long-line, three-quarter length sleeve t-shirt, with a matching bucket hat that attaches to the tee by a snap fastening on a cord. Whether it’s fair to classify a large nylon t-shirt as an anorak is debatable. However the hat on a string thing is genius. If the hat blows off, it’ll just hang there. You won’t have to crawl under beer garden tables like a hobo looking for nubs.

It comes in grey too. Although I think the blue is a safer bet. No idea what the words say down the arms. Looks a bit like ‘mountain’, but ends with a ‘t’. I can’t be bothered to work it out. As long as it doesn’t appear on a regular North Face top I couldn’t care less.