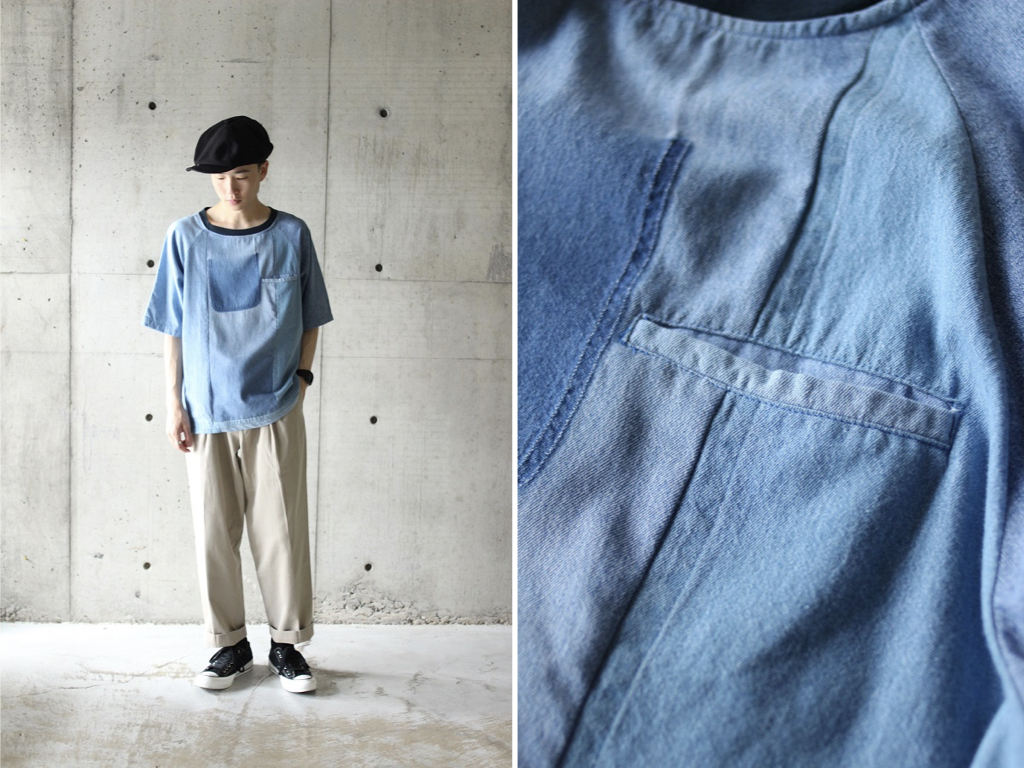 Everyone’s on the ‘remade’ tip. Taking old stuff, hacking it up, stitching it back together and reselling (with varying degrees of self-congratulatory eco emphasis). The UK’s Christopher Raeburn is at it, as are Japan’s Needles and Comme des Garçons. Italy’s MYAR all the way to Atelier and Repairs and Bode from the US – there’s an increasing amount of this stuff about. Of course, in its own nascent way, it represents an pleasing statement of intent from the clothing industry. Apparently some have realised it’s difficult to sell shirts beneath a billion cubic miles of melted ice cap.

It would appear obscure Japanese brand Go-Getter is also woke to this conundrum.

You can grab this jean tee over at Knock Out. But don’t expect any detail around fabric provenance, design philosophy or anything else. There’s no description. No brand detail. Knock Out doesn’t seem to believe in the effectiveness of words to convey information, in Japanese or otherwise. Look at the pictures and make your mind up – that seems to be the deal.

I assume it’s made from old jeans. It looks very much like pieces Needles Rebuild used to put out. It’s boxy, robust and, while probably not ideal for sunnier days, would come into its own at the tail end of summer. I’m kind of drawn to it. Or at least I was, until literally one minute ago. I’ve just spotted a girl walk past the window of this cafe wearing a shirt almost identical. Although regrettably, having glanced at the rest of her attire, I think can safely suggest that the high street cabal of H&M, Zara and Primark are currently spewing exactly this kind of thing. Ironically of course, their versions are almost certainly mass-produced, by slave labour, in one of their eco-worrying compounds. Which has just reminded me we’re all going to die. I’ve really gone off this now.