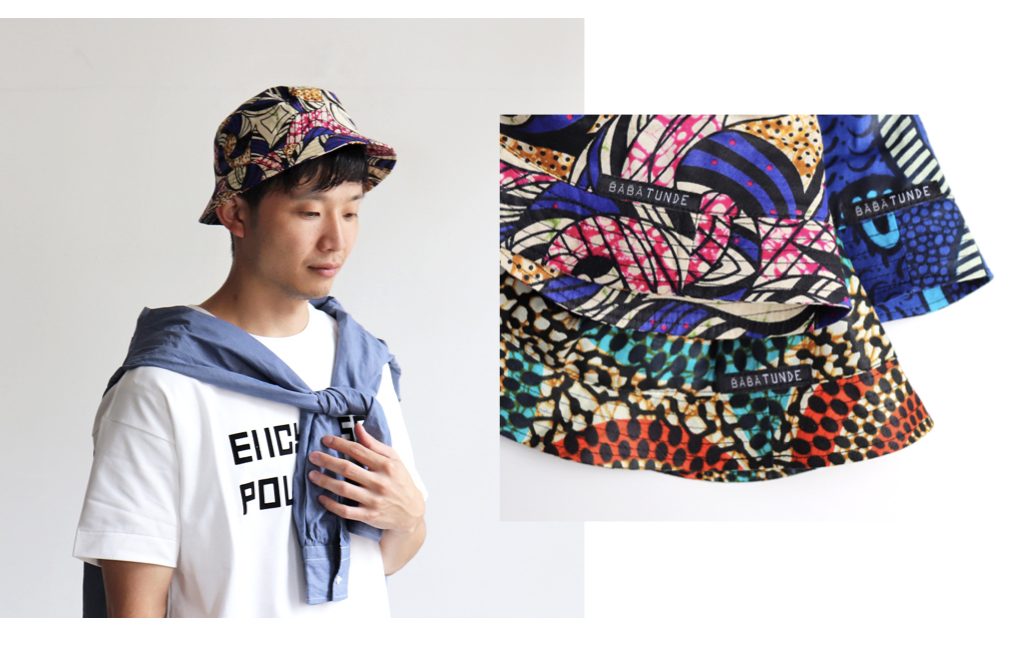 It’s fascinating how effectively the past presages the future. Plato’s writing on the collapse of democracies predicts a terrifying chain of events. Events that appear to already be well underway on the global political stage. And then look at the forewarning in the furious, confused, chaos of traditional West African prints. Surely prophesying the contents of the average Brexiteer’s brain.

Let’s face it, we’re on the road to a global Gilead. Soon we’ll all have to wear red cloaks and giant pet cones. Solar power will be reclassified as an affront to God. Trump will marry his own daughter. Putin will marry his horse. Gays and Mexicans will be forced to fight in a Thunderdome. And you can be sure, buying a jazzy African sun hat will be downright treasonous.

These hats are from South African brand Babatunde. They’re cheap too. I spotted them over on Japanese retailer Strato, through which lens they appear kind of cool, a bit OTT, but potentially a garish punctuation to an otherwise navy/olive fit. Then I looked at them on the Babatunde brand site. There they look significantly less desirable. It’s not a good site. A sort of sub-Urban Outfitters vibe. Put it this way, they use the same print for bow ties. Gah…

Still, with the blazing weather still determined to desiccate us all, a bit of headwear might provide some welcome relief from the swelter. And at around 30 quid, you can’t really go wrong. So before we end up totally totalitarian, maybe grab one of these hats. It’s the perfect thing to stick two fingers up to the man. You know, before owning more than one finger is disallowed.