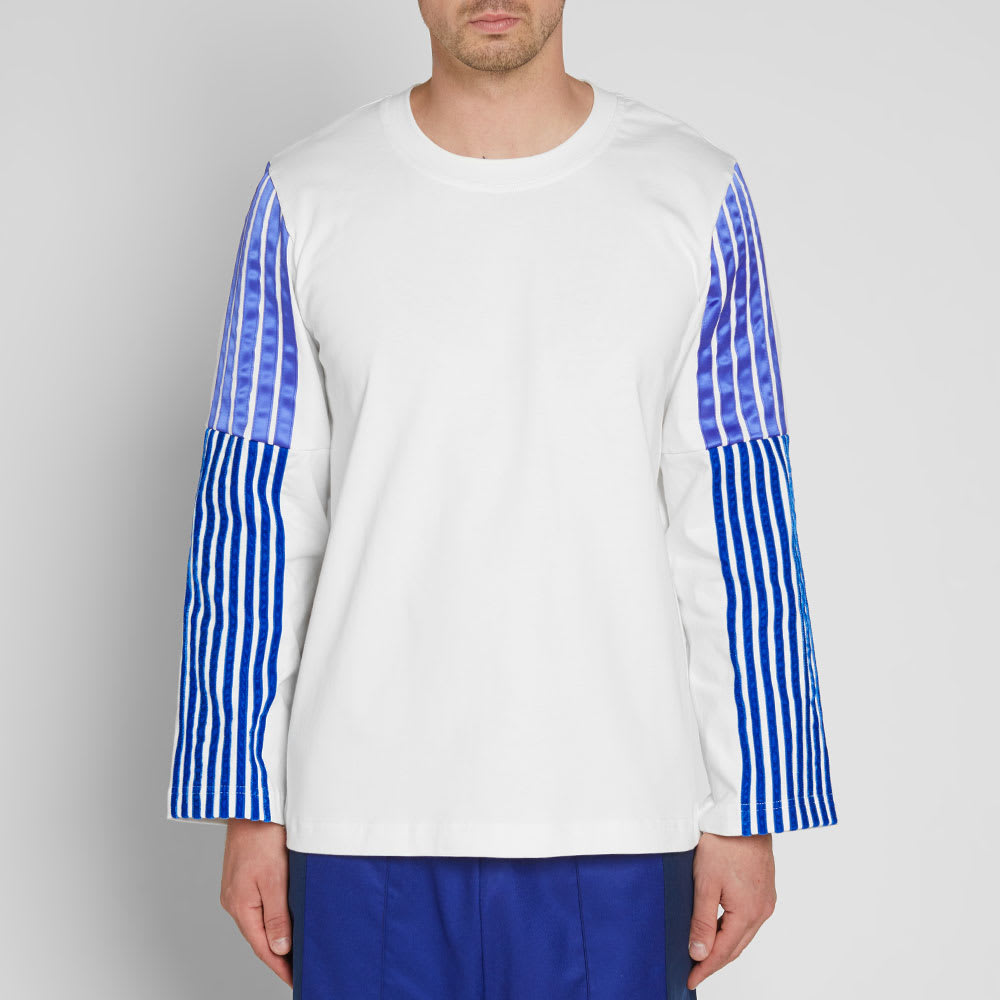 Over at End Clothing, the Walmart of international menswear, they’re currently pushing Italian “sport suit” imprint DIMA LEU. Apparently the brand is “marking the point where sportswear meets suiting”. At first glance it is unclear what this actually means. Take a second glance though, and you’ll still be in the dark. The uncharitable might say it’s simply a range of long sleeved tees and track pants. A “concept” that is already familiar to any patron of Sports Direct. However, this isn’t Sports Direct. This is End. And this is an obscure, imported brand. So let’s reject rationality and inconvenient facts. Let’s pretend this really does represent a rarefied coupling between sportswear and suiting. Trust me, it’ll make the pricing structure more palatable.

From the comprehensive collection of long-sleeved tops with velour and ribbon stripes down the arms, I’ve selected this long-sleeved top with velour and ribbon stripes down the arms. It reminds me of Comme des Garcons SHIRT a bit; the classic business blue tones probably. The cuffs look wide, in fact the entire silhouette looks pretty boxy and very South East London slouch. But while the denizens of Camberwell and Peckham are resolutely monochromatic, DIMA LEU seem keen on mixing in some West London bling. It’s so fucking plush. So shiny and luxe. I can’t figure out whether it has a place in a graffiti bar made of shipping containers, or if it’s more suited to a life of wanker’s driving shoes and suckling the Prosecco teat.

To be honest the price probably has the most influence on it’s ultimate destination. How do you fancy dropping £239 on this? Not much I imagine.

My guess is that this is doomed to be Chelsea disco wear. Worn by some trust fund plum who thought he’d bring some indie baggy to the Kings Road, but can’t help worrying that it doesn’t really show off his abs properly.