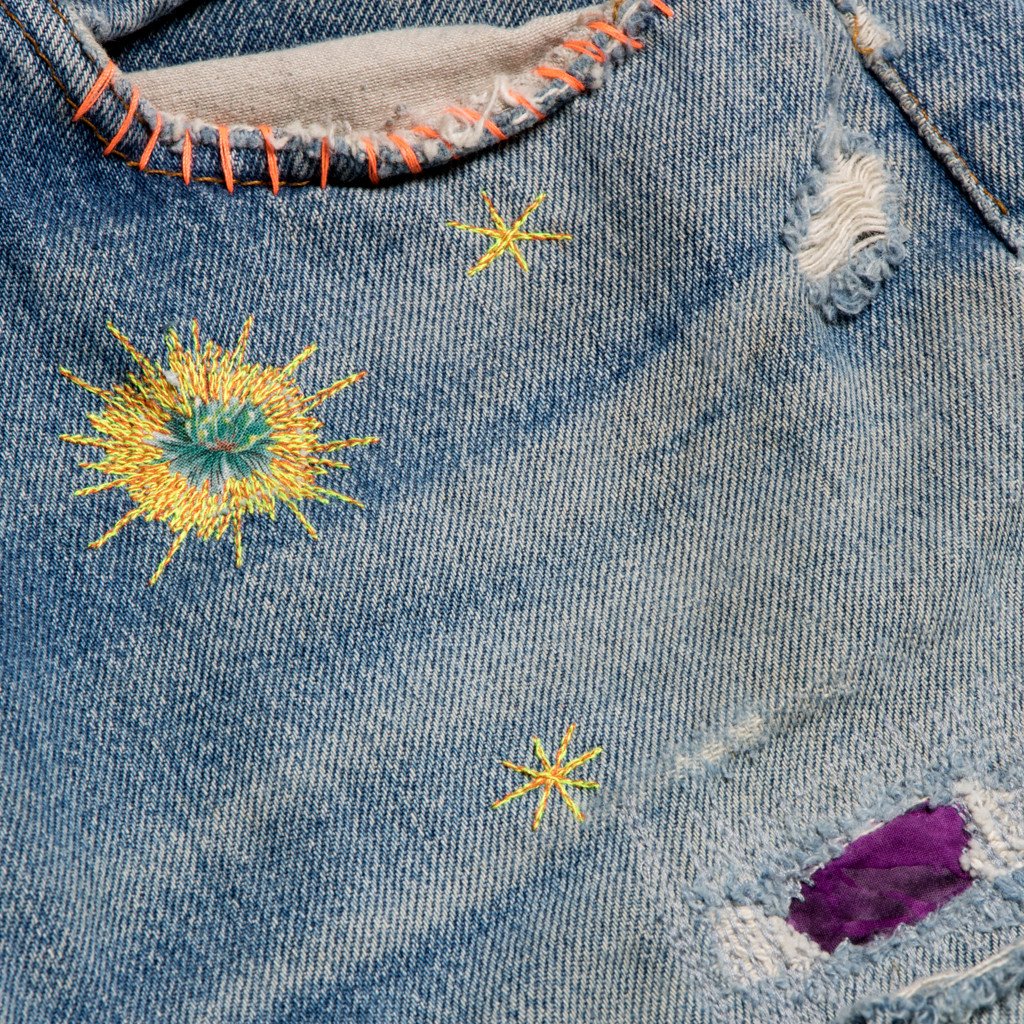 No matter the level of toil that goes into making new jeans look old, they don’t. Not truly. I have yet to see an industrial level process that accurately captures the unmistakable result of prolonged wear. Whether sand blasted, enzyme washed or honeycombed with laser beams, distressing by committee just doesn’t quite convince. Which is fine if your sartorial ambitions are best described as ‘Polyester Bruno Mars’. Toss on your regional box-fresh Converse, a short sleeved Ted Baker slim-fit shirt and an Urban Outfitters Trilby. Job done. The more exacting will have to look further afield.

Based in both Los Angeles and London, Atelier & Repairs offer the real, worn-in, deal. Producing small runs of up-cycled vintage, there is no doubting the product’s heritage and legitimacy. Bin-worthy to some, hobo-porn to others; the whole patched-up, Boro mended look may be divisive, but you can’t argue with the garments’ credentials. From army surplus, through ancient Levis, to French workwear –  all these pieces have enjoyed rich and lengthy lives. Before being reborn. Artfully augmented with vintage and modern American and Japanese fabrics.

At around $250-$300 a pair they’re non-trivial in the outlay department. But you will be getting a true one of a kind. And at least you won’t be mistaken for the singer of 24K Magic. Which having just Googled it is apparently a song by Bruno Mars.