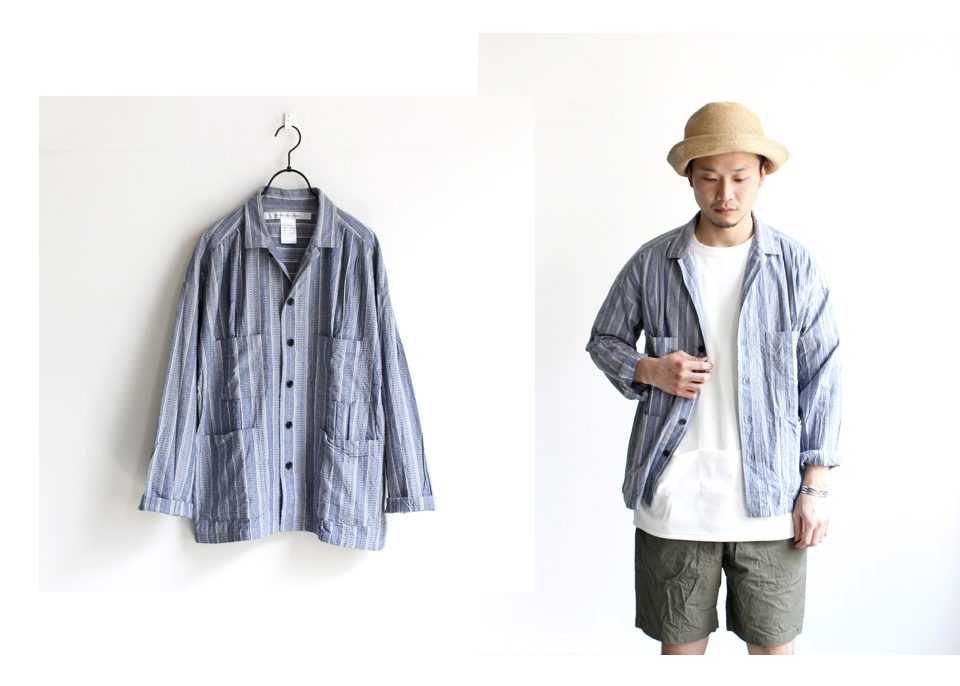 Whether you think that pyjamas (or at least things that look very like them) are plausible UK streetwear is probably aligned to your level of susceptibility for all things Japanese. Many will quickly disregard the idea due to the following facts:

Regular readers can rightly assume I take a different view.

These pyjama jackets are designed by EEL to be worn outside the home. They come in two colourways, however I’m mostly interested in the stripy one, primarily because it looks most like pyjamas.

I don’t wear pyjamas, but they do carry a strong appeal for me. Pyjamas are basically a suit for bed. A fucking suit with lapels and buttons and pockets. That’s some dignified shit right there. Ready for business 24/7. Totally prepped to flip open the Macbook in the middle of the night for a video call to Beijing.  Doing business in your bedsuit. That’s the goal.

Or at least it is in your typically monotonous GQ edicts. I say, rock your PJs on the street. Keep it loose. Keep it casual. Keep it jim jams.

This piece for EEL isn’t the full suit of course, just the jacket. But it’s a good place to start before addressing the difficulties inherent to pulling off a full sleepy-time two-piece. I am reliably informed we’ll be seeing such garmentry over at Alpha Shadows in the very near future. This nightmare is just beginning.