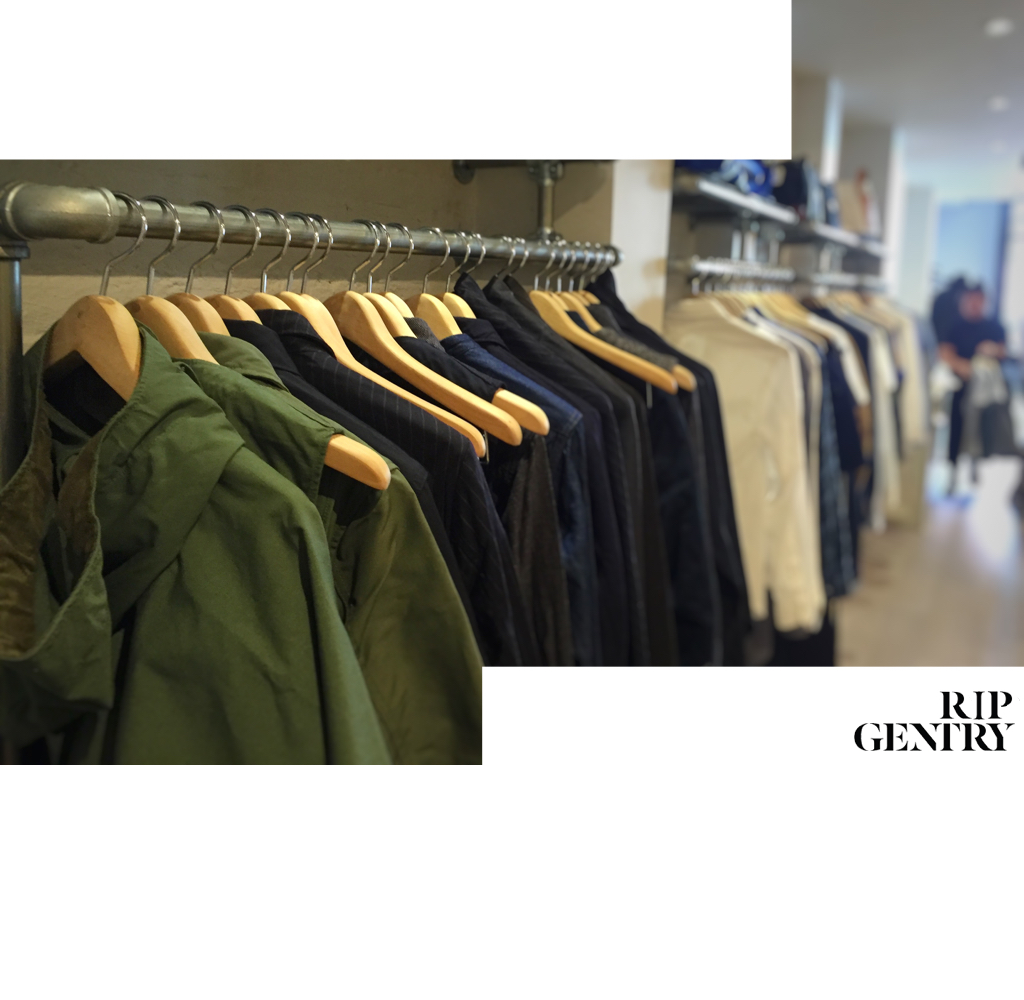 Looking for a summer sale featuring insane bargains, tinged with an uncomfortable sense of capitalising on someone else’s misfortune? You’ve come to the right place. Gentry, the Brooklyn based stronghold of left-field menswear, is very sadly shutting up shop. The store had been offering peculiarly large mid-season sales for time, but announcement that the store will close at the end of July has now come.

I was fortunate enough to visit the store last year, received an amazing welcome, became introduced to brands such as Death To Tennis and Abasi Rosborough and left feeling like I’d visited somewhere special. It’s a real shame.

That said, guess we should look at some bargains…

You’re looking at up to 50% off current spring summer and up to 70% off last winter gear. You’ll notice that as with many stores, Engineered Garments can only be bought by contacting Gentry directly, while for some reason I noticed the small selection of Kapital gear (including the ever popular Kathmandu shirt) seemed immune from reduction. Still, if you’re looking to swag something from a brand that doesn’t get much play in the UK, here are five of my top picks.

This tie blazer from S.K. Manor Hill (designers formally of Engineered Garments) is a steal at 40% off.

%40 again to come off this notable two-tone shirt jacket from Tomorrowland.

And this here is mad sanity. 40% off Visvim, and it’s actually one of the good bits. Check this Lhamo over-dyed shirt. Sure it doesn’t fasten up by the look of it, but just toss it over a tee and you’ll be stunting all sorts of cerebral hermit shit.

I’m not saying they’ll keep you cool, but these giant tropical wool shorts from Abasi Rosborough are chock full of detail. A tie waist, peats-ahoy and there’s some weird fabricated business going on round the buttock area that probably requires a permit. A massive 70% off these.

Who among us doesn’t need a new hibiscus suit? There’s a solid 40% off both pieces of this Japanese slub cotton affair. It’s by the brand The Lost Explorer. Not a label I’m particularly familiar with. But then that is the beauty of passionate independent stores like Gentry – offering interesting takes on menswear, by interesting people for interesting people.

This store will be greatly missed.